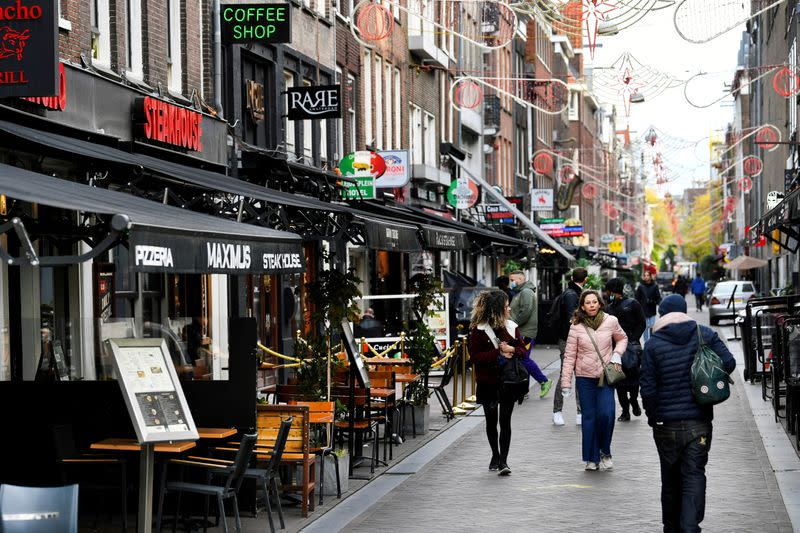 AMSTERDAM (Reuters) -The Dutch government on Tuesday announced it is easing COVID-19 restrictions and will introduce a “corona” pass showing proof of vaccination to go to bars, restaurants, clubs or cultural events.

Prime Minister Mark Rutte said most social distancing requirements will be dropped from Sept. 25. The move mirrors announcements in other European countries.

Rutte told a news conference he understood the emotional toll social distancing had taken on most people.

“That is why I am happy that we today can announce that we can scrap social distancing as an obligation everywhere starting on Saturday, Sept. 25,” Rutte said, adding that it remains prudent for people to keep their distance.

The measures that remain will be a mask requirement for public transportation and schools, and a recommendation that people work from home when possible.

The corona pass will be required for people aged 13 and up to enter venues such as restaurants, bars, cinemas, museums, concerts and festivals both indoors and outdoors.

Rutte explained that scientists on the team managing the Dutch outbreak believed the pass was necessary to avoid high-risk situations.

More than 70% of the Dutch population, or 12.6 million people, have received at least one COVID-19 vaccination, while 65% are fully vaccinated, according to the official data.

The government’s health advisory board on Tuesday said there was no need for a third shot known as a booster for the general population because vaccinations were still effective.

New infections have fallen to around 2,000 per day in the Netherlands, while roughly 450 COVID-19 patients are receiving treatment in hospital.

(Reporting by Anthony Deutsch and Bart Meijer in Amsterdam;Editing by Bernadette Baum and Matthew Lewis)