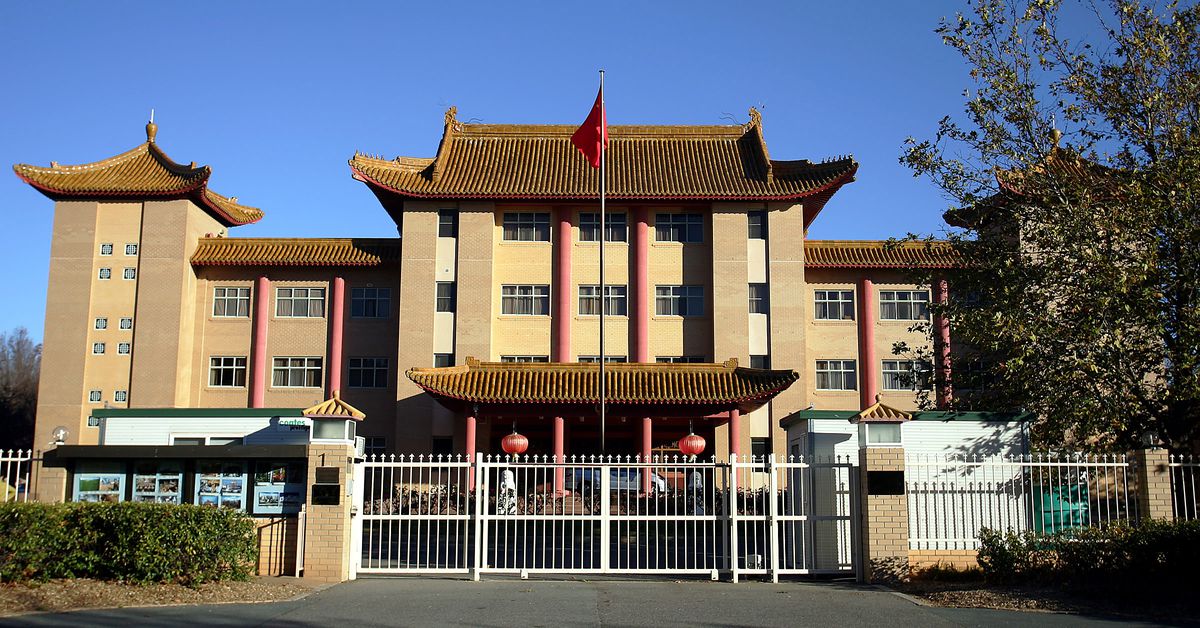 A street view of the front of the Chinese Embassy in Canberra is seen in this May 26, 2005 file picture. REUTERS/Tim Wimborne/

SYDNEY, Sept 17 (Reuters) – The Chinese embassy in Australia rejected on Friday s “unfounded accusations” against China made by the defence and foreign ministers of Australia and their U.S. counterparts after annual talks in Washington.

The two countries, in a statement after Australia-U.S. Ministerial Consultations, expressed concern over China’s “expansive maritime claims in the South China Sea that are without legal basis”, and stated their intention to strengthen ties with their “critical partner” Taiwan.

The comments from Australia and the United States came a day after they announced a submarine deal as part of a security partnership that includes Britain, which China denounced as intensifying a regional arms race. read more

Australia and the United States also criticised China’s imposition of national security legislation in Hong Kong last year that they said had weakened its electoral system, suppressed media freedom, and undermined the former British colony’s “one country, two systems” formula, agreed when it returned to Chinese rule in 1997.

The Chinese embassy dismissed their accusations as a futile pressure tactic.

“This petty move to put pressure on China will be of no avail but a staged farce,” a spokesperson for the Chinese embassy in Canberra said in a statement.

“We firmly oppose and reject the unfounded accusations and erroneous remarks against China on issues related to the South China Sea, Xinjiang, Hong Kong, Taiwan and other China-related issues.”

Taiwan’s government welcomed the show of support from Washington and Canberra.

“Our country’s government will, on the existing solid foundation, continue to work closely with the United States, Australia and other like-minded countries to expand Taiwan’s international space, defend the democratic system and shared values,” said Foreign Ministry spokeswoman Joanne Ou.

Speaking after the meetings in Washington, Australia and the United States also announced expanded military cooperation, including rotational deployments of all types of U.S. military aircraft to Australia.