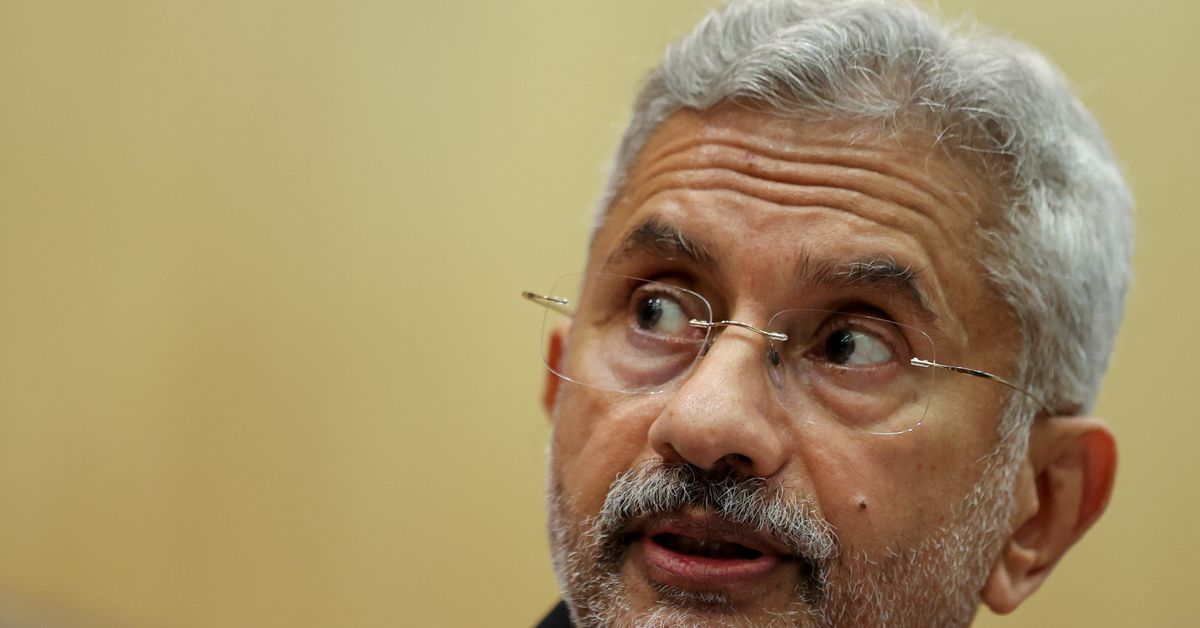 NEW DELHI, Sept 17 (Reuters) – India has told China that their bilateral relations will only develop when both countries pull their troops back from a confrontation on their disputed Himalayan border, the Indian foreign minister said.

Subrahmanyam Jaishankar discussed the possibility of both sides when he met his Chinese counterpart, Wang Yi, on the sidelines of a regional conference in Dushanbe on Thursday.

“Discussed disengagement in our border areas. Underlined that progress in this regard is essential for restoration of peace and tranquillity, which is the basis for development of bilateral ties,” Jaishankar said on Twitter.

Thousands of Indian and Chinese soldiers have been locked in confrontation in the western Himalayas since last year when animosity over a decades-old border dispute blew up.

In June last year, tension erupted into hand-to-hand fighting resulting in deaths on both sides, the first between them in decades.

After several rounds of talks between their commanders, their forces have stepped back on some sections of the border, including the Pangong Tso lake, a contested area near the site of last year’s clashes.

But troops backed by artillery remain dug in in close proximity in other sectors.

“China has always handled the China-India border issue properly and with a positive attitude,” Wang said.

“(Both sides should) work together to maintain peace and tranquility in the border areas, and stop border incidents from recurring.”

As two major emerging economies, China and India should push bilateral ties back to a healthy and stable track, a statement from the Chinese foreign ministry cited Wang as saying.

China and India went to war over their border in 1962 and have never resolved the dispute. Even so, in recent years, trade ties have flourished.

Jaishankar said he also discussed recent global events with Wang. He did not give details.

While China’s close military ties with India’s arch-rival Pakistan have been a source of tension, Jaishankar said India-China relations should be seen in bilateral terms.

“It is also essential that China does not view its relations with India through the lens of a third country,” he said he told Wang.

The two top officials are in Dushanbe for a meeting of the Shanghai Cooperation Organisation. President Xi Jinping and Prime Minister Narendra Modi are due to speak at the gathering through video link later on Friday.