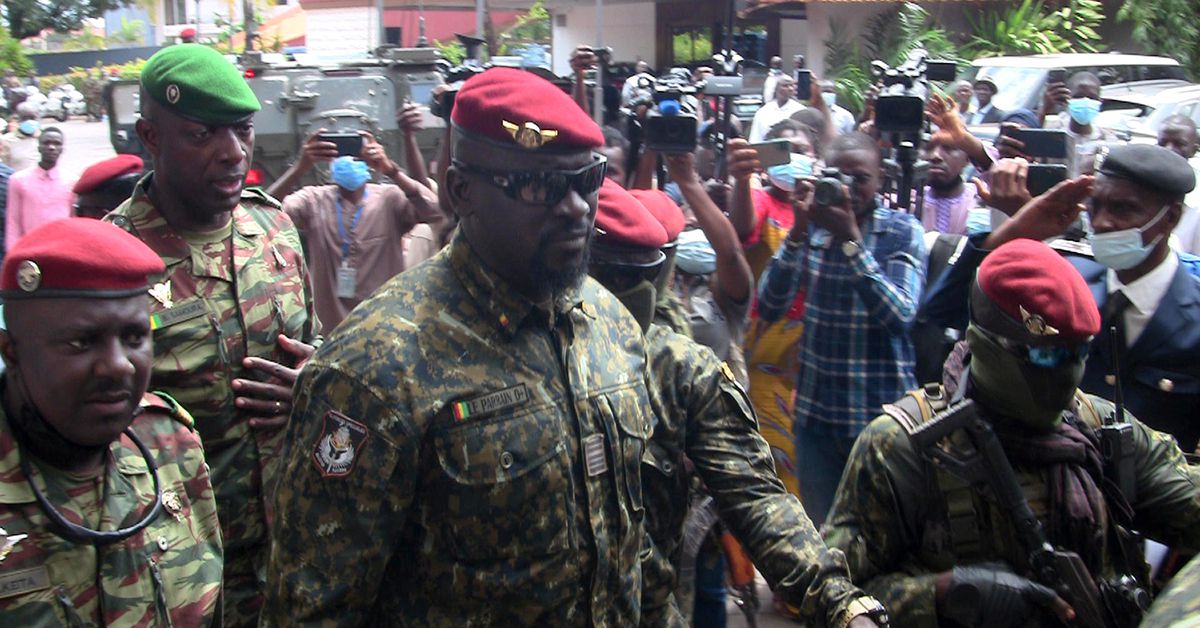 ACCRA, Sept 16 (Reuters) – West Africa’s main regional bloc on Thursday imposed sanctions against the junta in Guinea and those slowing Mali’s post-coup transition – its toughest response yet to a run of military takeovers.

The move was agreed at an emergency summit of the Economic Community of West African States (ECOWAS) in Accra to respond to last week’s putsch in Guinea and perceived slow progress towards constitutional rule in Mali following a coup last year. read more

Regional heads of state decided to freeze the financial assets and impose travel bans on Guinea’s junta members and their relatives, insisting on the release of President Alpha Conde and a short transition.

The bloc also piled more pressure on Mali’s transitional government, demanding they stick to an agreement to organise elections for February 2022 and present an electoral roadmap by next month, according to the post-summit communique.

Anyone in Mali hindering preparations for the elections faces the same sanctions as those imposed in Guinea, it said.

Leaders who took part in the summit hailed this more hardline stance. West and Central Africa has seen four coups since last year – political upheaval that has intensified concerns about a backslide towards military rule in a resource-rich but poverty-stricken region.

Special forces commander Mamady Doumbouya, who ousted President Alpha Conde, walks out after meeting the envoys from the Economic Community of West African States (ECOWAS) to discuss ways to steer Guinea back toward a constitutional regime, in Conakry, Guinea September 10, 2021. REUTERS/Saliou Samb

“I welcome the strong actions of the summit to safeguard democracy, peace, security and stability in the subregion,” Senegalese President Macky Sall tweeted.

Coup leaders in Guinea are holding consultations this week with various public figures, groups and business leaders in the country to map a framework for the transition.

Late on Thursday they said they were also expecting a delegation of regional heads of state to visit Conakry for talks on Friday.

Soldiers behind the Sept. 5 coup have said they ousted Conde because of concerns about poverty and corruption, and because he was serving a third term only after altering the constitution to permit it.

Meanwhile the putsch in Mali was largely precipitated by a security crisis, which has seen militants linked to al Qaeda and Islamic State extend their influence across the north and centre of the country.

The new Malian authorities’ pledge to hold presidential and legislative elections early next year has been undermined by their failure to meet various deadlines, including the start of voter roll updates and the presentation of a new constitution.

The transition was dealt a further setback in May when the colonel who led the initial coup, Assimi Goita, ordered the arrest of the interim president and then took over the role himself. read more