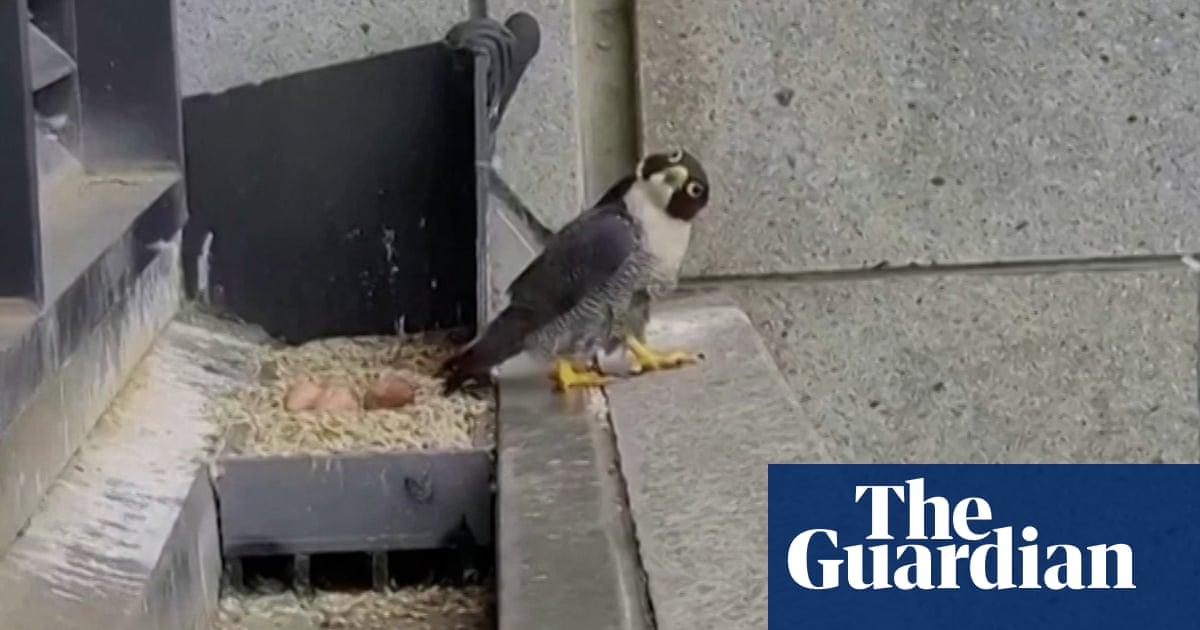 A peregrine falcon sitting on eggs in a Melbourne nest appeared startled after one of Australia’s biggest quakes on record struck, before flying away from the nest. Live-streamed footage from property group Mirvac for the Victorian Peregrine Project captured the falcon’s dazed look, as well as a falcon returning to the nest moments later. Eagle-eyed bird watchers on social media said they believed the surprised falcon was a male. A scientist at BirdLife Australia said both males and females incubate the eggs, adding that falcons have been using the nest boxes on the building’s ledge since the early 1990s