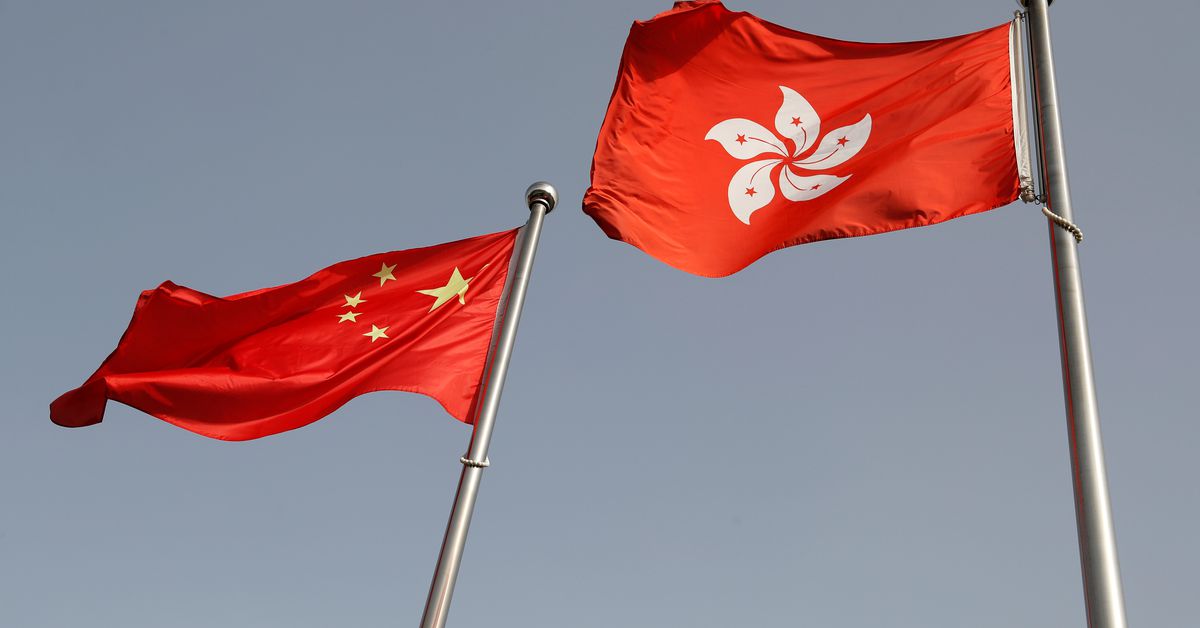 BEIJING, Sept 24 (Reuters) – China on Friday listed more than 100 instances of what it said was U.S. interference in Hong Kong affairs, including President Joe Biden’s show of support for a pro-democracy newspaper.

U.S. politicians and officials have denounced China over its tightening control of the former British colony of Hong Kong, especially the imposition of a sweeping national security law last year cracking down on dissent.

“The United States must not tolerate any force that is anti-China and stirs troubles in Hong Kong, or else it will only be lifting a stone to hit one’s foot,” Chinese Foreign Ministry spokesman Zhao Lijian told a regular press briefing on Friday.

The ministry posted a list on its website which detailed instances of U.S. interference since 2019, including the signing of the Hong Kong Autonomy Act in 2020 by then-President Donald Trump.

Trump ordered an end to Hong Kong’s special status under U.S. law to punish China for what he called “oppressive actions” against the financial hub, which returned to Chinese rule in 1997 with a guarantee of continued freedoms.

China criticised Biden for calling the closure of the Apple Daily newspaper “a sad day for media freedom” and a sign of “intensified repression by Beijing”.

The Apple Daily, a popular pro-democracy tabloid founded by tycoon Jimmy Lai, who is in jail and awaiting trial on national security charges, was forced to fold following a raid by 500 police on its headquarters in June 17 and the freezing of key assets and bank accounts.

Authorities say dozens of the paper’s articles may have violated the national security law which critics say has been used to stifle free speech and erode other fundamental freedoms guaranteed in the territory’s “Basic Law” mini-constitution.

Chinese and Hong Kong officials deny the charge and say the law has returned order to Hong Kong which was hit by months of sometimes violent pro-democracy, anti-China protests in 2019.

The foreign ministry did not explain why the list was released now or whether it would take punitive action against those named on the list.

China passed an anti-foreign sanctions law in June under which those involved in making or implementing discriminatory measures against Chinese citizens or entities could be put on a mainland anti-sanctions list.

Such individuals could then be denied entry into China or be expelled. Their assets in China may be seized or frozen.

Biden last month offered temporary “safe haven” to Hong Kong residents in the United States, allowing what could be thousands of people to extend their stay in response to Beijing’s “assault” on Hong Kong’s autonomy. read more