The Health Ministry announced on Sunday that, from October 3, when a number of new restrictions will be introduced, recovered COVID-19 patients will be required to get a single coronavirus vaccine dose in order to be eligible to receive a Green Pass.

Under the current Green Pass rules, entry to certain businesses and events is limited to those with proof of vaccination, recovery from COVID-19, or a negative test result.

The new rules mean that some 1.2 million Israelis who have been diagnosed with the virus since the start of the pandemic, along with those who have a positive serological test showing high antibodies, will need at least one vaccine shot to qualify for the Green Pass.

The new measure will be introduced on the same date that anyone who has not received a booster shot six months after getting a second vaccine dose will have their Green Pass revoked.

Also from October 3, teachers will require a Green Pass to enter school. The date marks the start of the first full week back at school after the holiday period, which ends next week with the conclusion of the Sukkot festival.

Not being able to work due to not having a Green Pass will be considered an unjustified absence that does not warrant being paid, the Education Ministry said last week. Those teachers will not be permitted to teach remotely, it added. 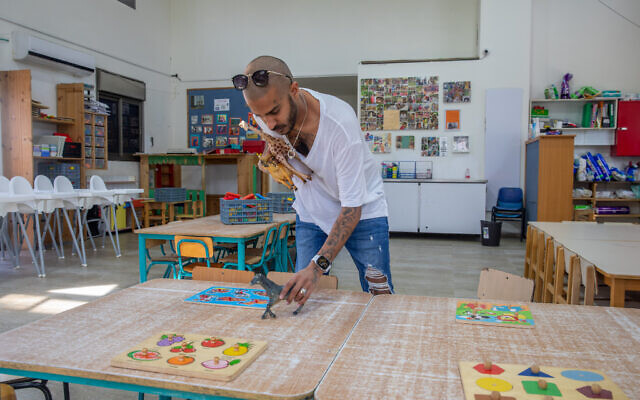 A kindergarten teacher seen at the ‘Kobi kindergarden’ in Moshav Yashresh, on February 8, 2021. (Yossi Aloni/Flash90)

Since the beginning of the school year on September 2, teachers have been required to have a Green Pass to enter schools. But those who did not have the document were still paid, even though they were not working.

Prime Minister Naftali Bennett on Saturday reportedly pushed back against imposing further coronavirus restrictions, even as the number of COVID patients requiring ventilators climbed to levels not seen in Israel in months.

According to the Health Ministry on Sunday morning, 215 people infected with the coronavirus were on ventilators, out of a total of 711 patients listed as in serious condition.

While Israel’s fourth wave of infections has seen record numbers of daily cases, the number of patients needing hospitalization has remained lower than during previous waves, which experts attribute to the country’s high vaccination rates. 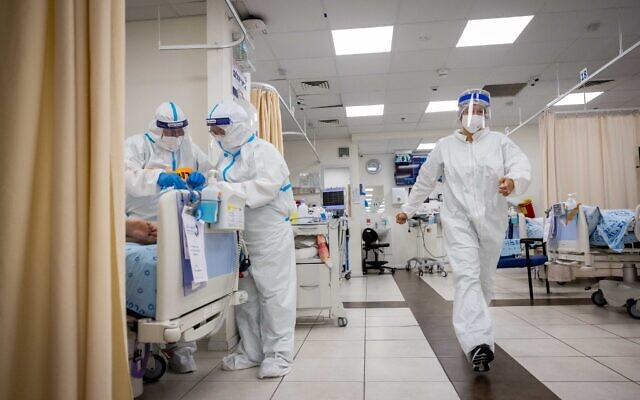 A coronavirus ward at Shaare Zedek hospital in Jerusalem, on September 23, 2021. (Yonatan Sindel/Flash90)

Tensions between health officials and cabinet members have reportedly risen in recent days, as the officials have warned of the need for further restrictions on the public, which the ministers have resisted.

During a meeting of the coronavirus cabinet last week, a government advisory panel reportedly urged ministers to reconsider their approach to the pandemic, calling for a policy putting greater emphasis on reducing serious morbidity and urging more limitations on gatherings.

But Hebrew University researchers also presented a study predicting the number of new cases will decline over the next 10 days, followed by a drop in serious cases as the updated Green Pass rules take effect.