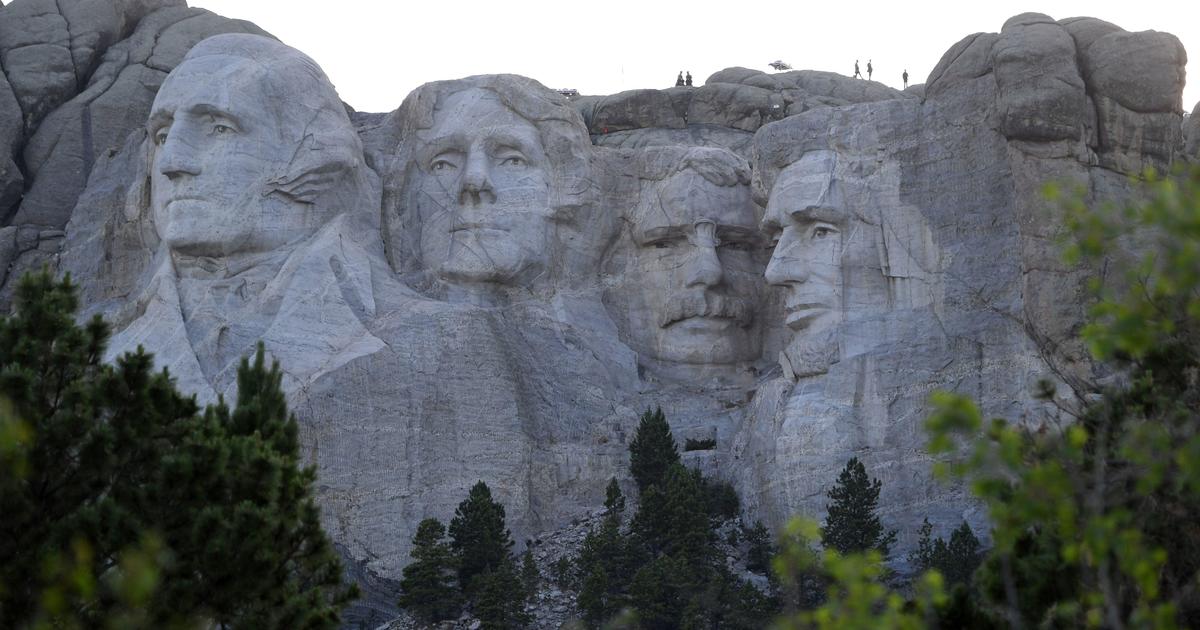 But South Dakota and a handful of other U.S. states are providing growing competition for places like the Bahamas, the Cayman Islands and Malta, as landing pads for global capital hidden from creditors, tax collectors and law enforcement, according to an investigation published by the International Consortium of Investigative Journalists.

The sparsely populated state best known as the home of Mount Rushmore, now houses $360 billion in trusts, the ICIJ reported — an amount that has quadrupled over the past decade. One local company, the South Dakota Trust Company, has international clients from 54 nations. Another, Trident Trust, speaks of the “South Dakota Advantage.”

ICIJ’s investigation, which relied on millions of leaked confidential documents, identified 201 trusts in the U.S., many of them linked to foreign funds. Eighty-one of those trusts were based in South Dakota, with Nevada, Florida and Texas also housing substantial numbers of trusts.

Indeed, the United States is now ranked as the world’s No. 2 tax haven by the Tax Justice Network, sheltering more money than any other except for the Cayman Islands.

“President Biden must match his own rhetoric on shutting down global illicit finance, and start with the biggest offender — his own country,” Alex Cobham, the group’s chief executive, said in a statement.

“The legality is the true scandal”

Tax shelters are legal. The ICIJ investigation did not accuse any of the people or companies it named of illegal activity or other wrongdoing, but it revealed the massive amounts of wealth coming to U.S. shores.

Among Trident’s clients, according to the ICIJ: Ecuador’s recently elected president, Guillermo Lasso, who reportedly transferred millions into a trust with the company in 2017; the former head of a sugar company in the Dominican Republic, who has a trust worth $14 million set up for his four daughters; and a Brazilian orange-juice executive who has settled accusations of wrongdoing with Brazilian and U.S. regulators.

Lasso told ICIJ he complied with all laws. Trident told the outlet it was “fully committed to compliance with all applicable regulations” and that it “routinely cooperates with any competent authority which requests information.”

The revelations have renewed calls to reform international tax laws and abolish popular tax-avoidance tools like trusts and shell corporations.

“The legality is the true scandal,” the activist and author Cory Doctorow said on Twitter. “Each of these arrangements represents a risible fiction: a shell company is a business, a business is a person, that person resides in a file-drawer in the desk of a bank official on some distant treasure island.”

Gabriel Zucman, an economist at the University of California at Berkeley who studies income inequality, called for a ban on “shell companies — corporations with no economic substance, whose sole purpose is to avoid taxes or other laws,” the Associated Press reported.

A matter of trusts

Different U.S. states specialize in different financial vehicles to help those of means hide their wealth from the public eye. In Delaware, Mr. Biden’s home state, it’s the limited liability corporation. In Florida, it’s the all-cash condo purchase. In South Dakota, it is what’s known as a dynasty trust — a three-part legal vehicle that has become increasingly popular as a way to transfer wealth between generations without paying taxes.

“South Dakota, starting in the 1990s, was a place where dynastically wealthy American families would go to park their wealth,” said Chuck Collins, director of the program on inequality at the left-leaning Institute for Policy Studies.

A trust creates a complex legal relationship between three parties: the grantor, who contributes assets to the trust; the trustee, who manages and directs the trust; and the beneficiary, who receives income from it.

“The beauty of a trust is it puts the wealth into a kind of ownership limbo,” said Collins. Each of the three parties can point to the others as having final control of the trust. What’s more, some types of assets placed in a trust can be dramatically discounted, further reducing their taxable value.

Until the mid-1980s, the lifetime of a trust was limited to around a century — a limit that was intended to curb the intergenerational power of the wealthy, according to the Guardian. But in 1983, South Dakota abolished that limit, allowing a trust to live on in perpetuity. That change turned the state — which has no income tax, no inheritance tax and no capital gains tax — into an attractive destination for family wealth.

According to one example from the South Dakota Trust Company, $5 million placed into a trust for 120 years, and growing at a conservative rate of 6% a year, would balloon to $5.4 billion at the end of that time period. If it were given as a gift outright, without a trust and subject to taxes, its value would be a comparatively smaller $340 million.

The use of trusts is common among the superwealthy, with more than half of the 100 richest Americans taking advantage of a particular vehicle, ProPublica reported last week.

Since the 1980s, other states have followed South Dakota’s lead and loosened their own trust laws. Delaware, Florida and Texas all host several dozen trusts, according to the Pandora Papers investigation — Delaware has 14, for instance.

But South Dakota’s laws are among the most favorable to trusts: Assets held in a trust are protected from creditors; court cases related to a trust are kept secret forever and, unlike in other states, it’s possible for a person to create a trust to benefit themselves, rather than a third party.

Today, South Dakota has more than 100 trust companies managing $367 billion in assets, the IPS found. Since 1997, the state has had a task force, dominated by the financial services industry, whose goal is “establishing and maintaining South Dakota’s stature as the premier trust jurisdiction in the United States.”

What’s good for trust services in South Dakota — and a handful of other small states vying to attract private wealth — is harmful for the rest of the world, say many tax experts and opponents of inequality. By removing family fortunes from taxation, it forces a smaller population to bear the burden of paying for common goods — including infrastructure, public education and health care.

“When the wealthy don’t pay their taxes, they shift that obligation toward everyone else. They’re basically freeloading,” Collins said.

Senator Sherrod Brown, an Ohio Democrat who chairs the Senate Banking Committee, said the ICIJ investigation showed “gross abuses of our legal and tax system, which enable criminals and fuel global inequality by allowing wealthy elites to avoid paying their fair share” and forcing workers “to make up the difference.”

Democrats in Congress have floated the idea of scaling back trusts and other tax-avoidance measures as part of an expansion of the federal social safety net. Solutions, however, are proving elusive.