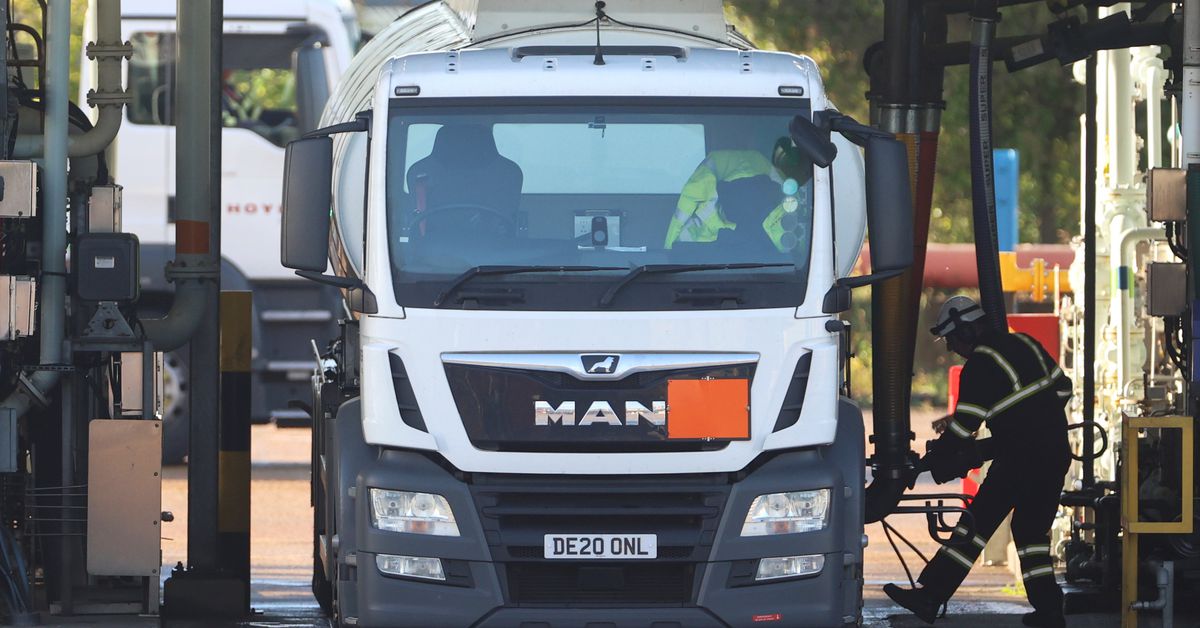 A post-Brexit shortage of workers exacerbated by the global strains of the COVID crisis has sown chaos through supply chains for everything from fuel and pork to poultry and bottled water, raising concerns growth could be crimped.

Military personnel were photographed by Reuters at several fuel depots in southern England driving tankers, some with instructors, and then delivering fuel to a gas station.

Asked by BBC radio if the United Kingdom was in crisis, Prime Minister Boris Johnson said: “No.”

Johnson said there would be no 1970s-style inflationary spiral and demanded that business kick a decades-long addiction to cheap imported labour. read more

“I think that on the contrary, what you are seeing with the UK economy and indeed the global economy is very largely in the supply chains the stresses and strains you would expect from a giant waking up and that is what is happening,” he said.

“What you saw in the last 20 years or more, almost 25 years, has been an approach whereby business of many kinds, was able to mainline low wage, low cost, immigration for a very long time,” Johnson said.

An air of chaos has gripped Britain in recent days as a deficit of truckers left fuel pumps dry across the land, and a spike in European wholesale natural gas prices tipped energy companies into bankruptcy.

A worker fills up an oil tank at the Esso fuel services in Purfleet, Britain, October 5, 2021. REUTERS/Hannah McKay

Reuters reporters said many gas stations remained closed on Tuesday in London and across southern England.

Johnson said Britain was not heading back to the 1970s when inflation peaked at 22.6%, labour disputes brought the economy to a standstill and the government had to borrow from the International Monetary Fund during a sterling crisis.

Asked if the United Kingdom could suffer a repeat of the inflationary spiral seen in the 1970s, Johnson said: “I don’t think that the problem will present itself in that way and I think actually that this country’s natural ability to sort out its logistics and supply chains is very strong.”

With fuel companies and supermarkets warning that a shortage of drivers was hitting deliveries, the government said late last month that it would temporarily reverse its immigration rules and give 5,000 visas for EU drivers to operate in Britain.

It said 300 of those could arrive immediately to drive oil tankers. Johnson said 127 drivers had applied.

“What that shows is the global shortage,” he said.