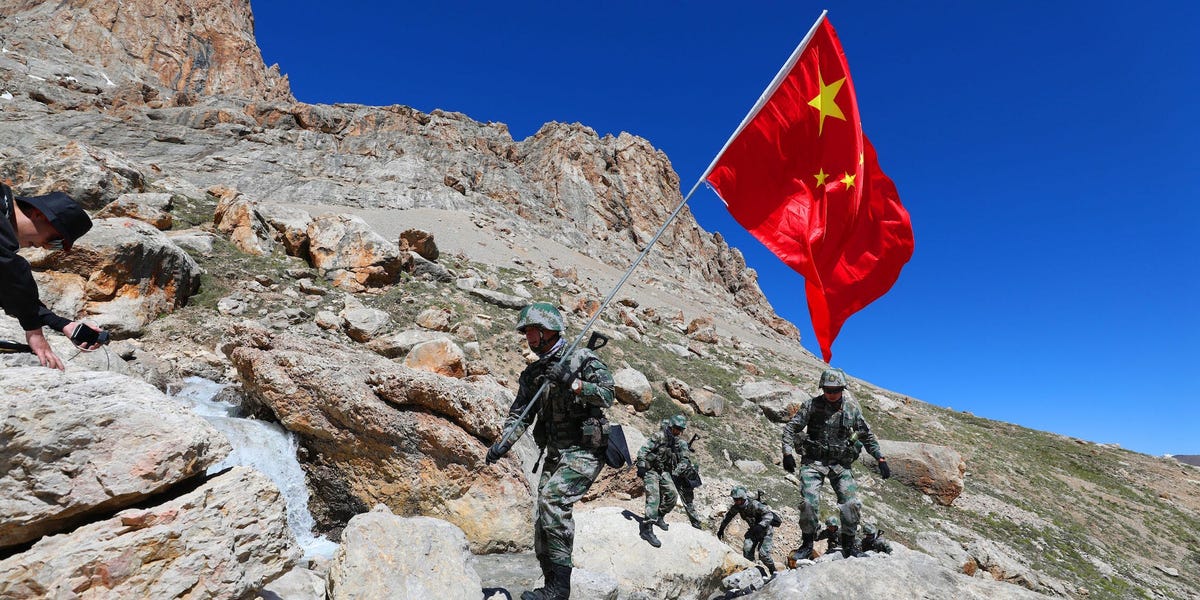 The torture tactics against ethnic Uyghurs included shackling detainees to a chair designed to immobilize them called the “tiger chair,” hanging them from the ceiling, electrocutions, waterboarding, sleep deprivation, starvation, and sexual violence, he told the news organization.

The man was only identified by CNN as Jiang over fears the Chinese government would retaliate against his family still living in China, according to the outlet. The interview was conducted in Europe where Jiang currently lives in exile, CNN reported.

Jiang said he had been deployed to several areas of Xinjiang about “three or four” times while he was a detective as part of China’s “Strike Hard” campaign that targeted ethnic minorities, according to CNN. He was deployed to the region several times over the course of several years, per the CNN report.

Every detainee was beaten during the interrogation process, he said, including children as young as 14, he told CNN.

“Kick them, beat them (until they’re) bruised and swollen,” he said. “Until they kneel on the floor crying.”

In April, the human-rights organization Human Rights Watch released a 53-page report on China, detailing incarceration, torture, disappearances, and cultural erasure of ethnic Uyghurs in Xinjiang, as Insider previously reported. The Biden administration a month earlier imposed sanctions on the Chinese government for what it called “genocide and crimes against humanity in Xinjiang.”

“Everyone uses different methods. Some even use a wrecking bar or iron chains with locks,” Jiang told CNN. “Police would step on the suspect’s face and tell him to confess.”

He said he believed none of the people were guilty of the terrorism-related offenses they were accused of by the Chinese government.

“They are ordinary people,” he told CNN.

But the torture ended only after the people confessed, he said. Then, they were transferred to prisons or internment camps, he told CNN. The Chinese police were given quotas on how many Uyghurs to detain, he said.

Sometimes, police would ask local leaders to call entire communities together only for them all to be arrested in large groups, according to CNN. Around 900,000 Uyghurs and other ethnic minorities were detained in one year, he said.

“It’s all planned, and it has a system,” Jiang said. “Everyone needs to hit a target.”

If a person refused to comply, the detectives put a gun to their head and threatened to kill them, the man told CNN. He said the detectives would download the data from the detainee’s phones and computers after arresting them.

“If you want people to confess, you use the electric baton with two sharp tips on top,” Jiang said. “We would tie two electrical wires on the tips and set the wires on their genitals while the person is tied up.”

Some detectives and prison guards even enjoyed the torture tactics, he said. Jiang said he quickly became “disillusioned” with the job, according to CNN.

Some guards and detectives even directed the detainees to sexually abuse other detainees, he said.

Abduweli Ayup, a 48-year-old Uyghur scholar from Xinjiang told CNN he was gang-raped by over a dozen other inmates after multiple guards directed them to do it. Eventually, he said he was freed from the facility in November 2014 after he was forced to confess to a crime of “illegal fundraising,” according to the CNN report.

“The agony and the suffering we had (in the camp) will never vanish, will never leave our mind,” 45-year-old Omir Bekali told CNN.

Bekali said police attempted to get him to admit to terrorism for crimes while he was detained and tortured four days and nights while on a business trip to the region in 2017. He said he was kept in internment camps for the following eight months.

“When they put the chains on my legs the first time, I understood immediately I am coming to hell,” he told CNN.