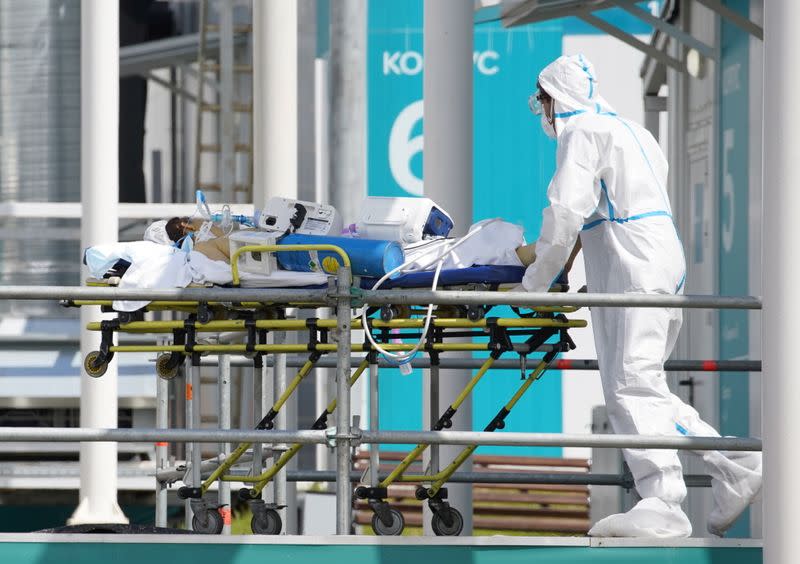 MOSCOW (Reuters) -Russia reported 895 new COVID-19 deaths on Tuesday, the most recorded in a single day since the pandemic began, with the Kremlin blaming the slow pace of vaccinations and a more virulent virus.

Cases are rising after a third wave over the summer and officials are considering bringing back safety restrictions, although they say a Moscow lockdown is not being looked at.

“The numbers are really very bad, and this is indeed a cause for concern. The main reason is the insufficient level of vaccination,” said Kremlin spokesman Dmitry Peskov.

“The virus is getting more virulent… As a rule, those who have not been vaccinated are severely ill and unfortunately die,” he told reporters on a conference call.

Russia, which has a population of over 142 million, has approved four domestically-made vaccines for use.

Vaccine hesitancy has hampered the inoculation drive. Russians often cite a general fear of new medical products and distrust of the authorities as their reason for refusing the vaccination.