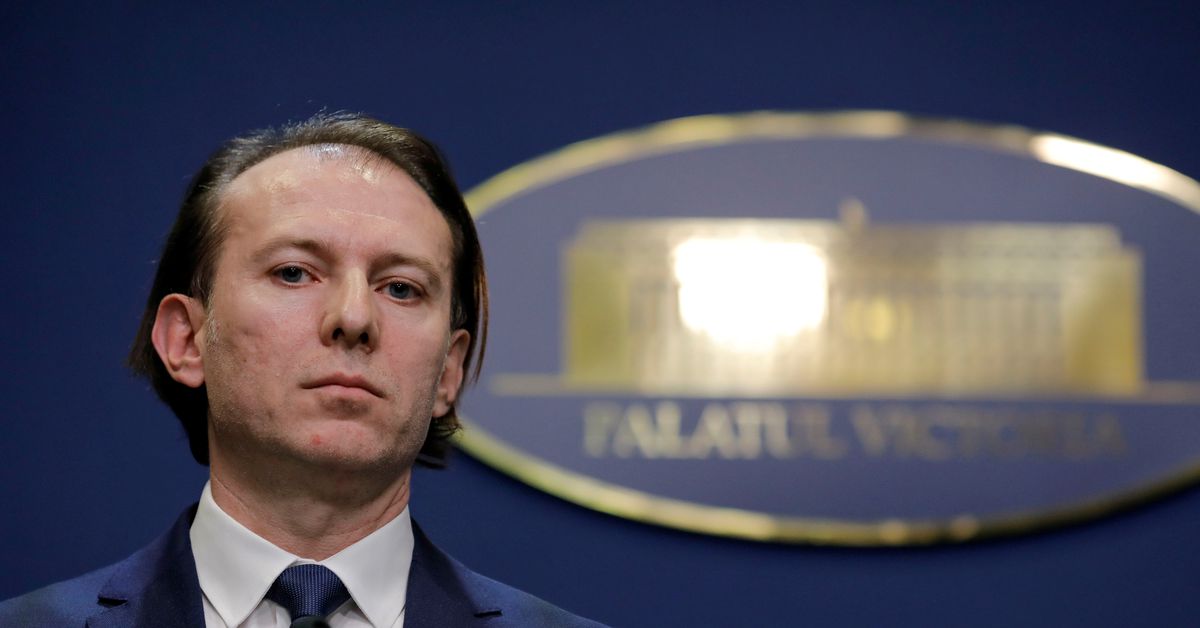 BUCHAREST, Oct 5 (Reuters) – Romania’s parliament toppled the nine-month-old minority government of Prime Minister Florin Citu in a vote of no-confidence on Tuesday, but key parties said they would work to return the previous majority coalition to power soon.

Romania, one of European Union’s poorest member states, has been locked in political stalemate for a month, threatening its economic recovery from the coronavirus pandemic and efforts to reduce large twin deficits.

“Citu’s government fell by a big margin, way above the minimum required (of 234 votes),” an opposition deputy overseeing the ballot boxes said.

The final count showed that 281 deputies and senators voted to topple Citu, who will stay on as caretaker premier until a new prime minister wins parliament’s confidence.

Citu’s coalition unravelled last month after the centrist USR, a relatively new grouping, withdrew its ministers in a row over a regional development fund, stripping him of a parliamentary majority. USR then filed a no-confidence motion, refusing to return to the government until Citu was ousted.

President Klaus Iohannis called on political parties to hold consultations next week on forming a new government before he nominates a new premier, most likely from the ranks of his ally, Citu’s centrist Liberal Party.

“Romania must be governed. We are in a pandemic, an energy price crisis…and now a political crisis. We need more than ever a mature (political) stance,” Iohannis told reporters. “To give parties more time to come up with a solution, I will call for consultations only next week.”

An early election is unlikely as parliament would need to reject two consecutive proposals for premier by Iohannis within 60 days, and coalition parties say they are bent on rebuilding a government quickly, given the current economic challenges.

Iohannis and coalition partners including the ethnic Hungarian UDMR and the USR have said the current, three-party reform-minded political set-up is the best recipe for Romania, overseeing a 29.2-billion-euro, EU-backed recovery plan.

The most likely outcome is a restoration of the previous coalition that had a 57% majority, but with a different prime minister, in keeping with the USR’s sole condition for rejoining government.

The USR joined forces with the opposition ultra-nationalist AUR and Social Democrats to remove Citu on Tuesday.