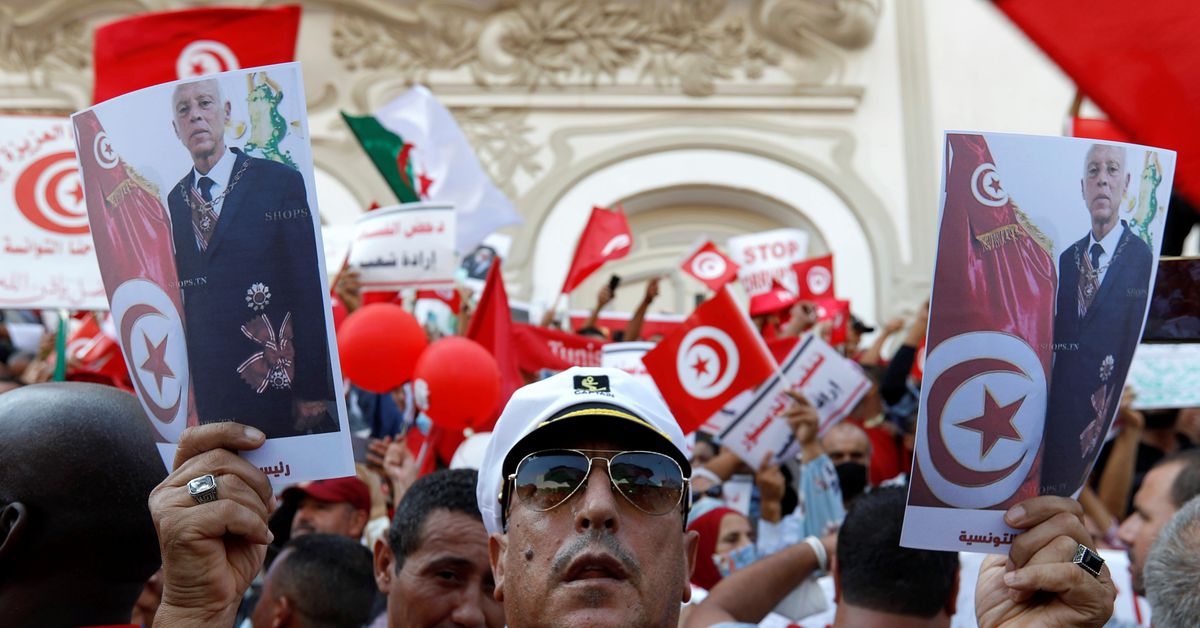 TUNIS, Oct 4 (Reuters) – Tunisia’s President Kais Saied said on Monday that 1.8 million people had come onto the streets on Sunday during rallies in support of him that appeared to bring out only a tiny fraction of that number.

“Yesterday was a historic day with about 1.8 million taking to the street,” said Saied in a video his office posted online.

“The people gave their word… we will not disappoint Tunisians,” he added in the video of his meeting with the designated prime minister.

Reuters journalists at the main demonstration in central Tunis said more than 8,000 people had been present – many more than attended protests opposing Saied on the two previous weekends.

Several thousand other demonstrators also rallied in Sfax and in each of several other cities according to witnesses and local media.

The state-owned TAP news agency, which has editorial independence from the authorities, also put the number of demonstrators on Sunday at 8,000.

The population of Tunisia is about 12 million.

Saied in July dismissed the prime minister and suspended the elected parliament in moves his critics call a coup, and has since brushed aside much of the constitution, which he has said he will amend.

His intervention has cast doubt on Tunisia’s democratic gains since its 2011 revolution that triggered the Arab spring, but seemed widely popular after years of economic stagnation and political paralysis.

However, during recent weeks his moves have faced increasing opposition from the political elite and foreign donors, with Tunisia facing a looming crisis in public finances.