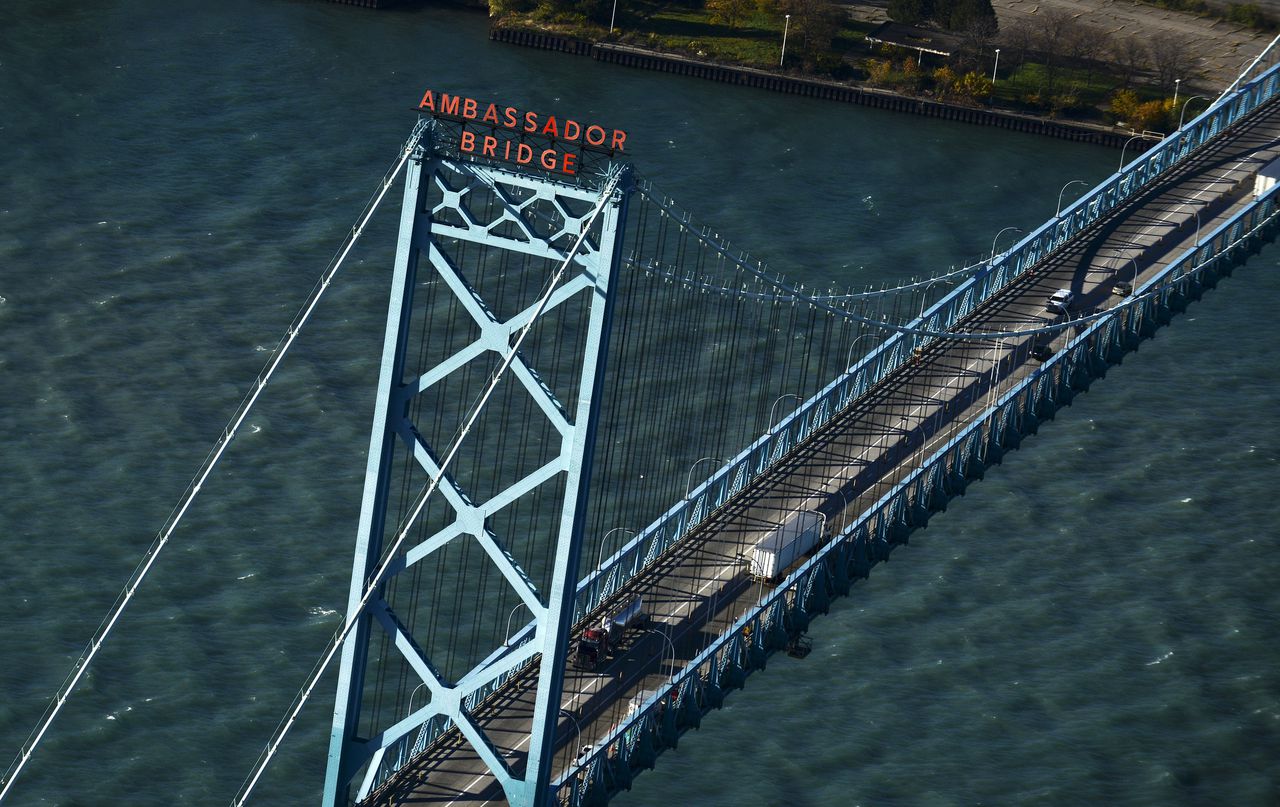 Two dummy grenades were found in a vehicle attempting to cross the Ambassador Bridge on Monday, Oct. 4, causing the international border crossing to close to traffic for hours, police said.

The male U.S. citizen who was transporting what Canadian law enforcement believed to be possible explosives was returned to the United States and will not be charged, the Windsor Police Service said in a news release.

The inert grenades were found submerged in a white powder substance inside a vehicle around 9 a.m. Monday during a border inspection by the Canada Border Services Agency, police said. The Ambassador Bridge was closed until about 4 p.m. while law enforcement investigated the possible explosives – it was not immediately apparent that the grenades were inactive.

It was eventually determined that the powder was not hazardous or explosive and that the grenades did not contain explosive components, police said. Officers conducted a thorough search of the vehicle and found no other threats.

There are no criminal charges in relation to the incident because there was no intent to cause harm or to use the grenades for nefarious purposes, police said. After the investigation, the man was turned over to U.S. Customs and Border Protection.