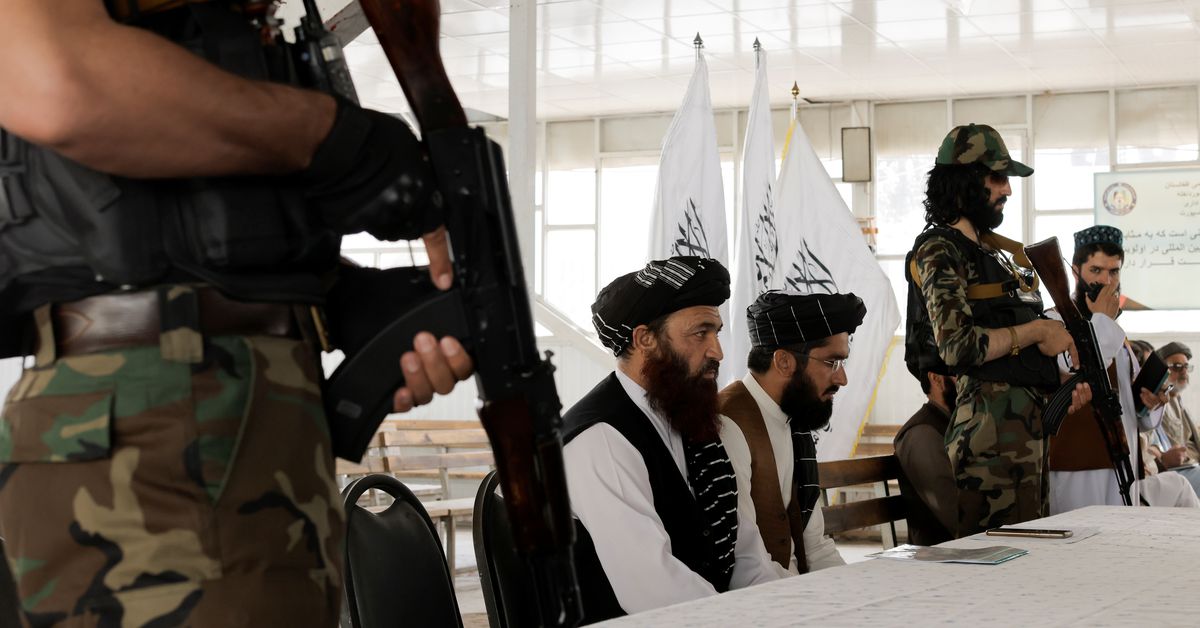 KABUL, Oct 5 (Reuters) – Afghanistan will start issuing passports to its citizens again on Tuesday, a senior official said, following months of delays that hampered attempts by those trying to flee the country after the Taliban seized control in August.

The process, which had slowed even before the Islamist militants’ return to power following the withdrawal of U.S. forces, will provide applicants with documents physically identical to those issued by the previous government, the official said.

Alam Gul Haqqani, the acting head of the passport office, said between 5,000 and 6,000 passports would be issued each day, with women being employed to process those meant for female citizens. read more

“No male employee has the right to perform a biometric (check) or other passport work on a woman,” he told reporters in Kabul, the capital.

Interior ministry spokesman Qari Sayeed Khosti told the briefing that 25,000 applicants had reached the final stage of paying for passports, with roughly 100,000 applications in the earlier stages of the process pending. read more

Outside the passport office in Kabul, a resident, Najia Aman, said she was relieved it was open again, so that a member of her family could get a document to travel abroad for medical treatment.

“I am very happy the passport office has been re-opened,” she said. “We faced a lot of problems and we could not get a passport to go to Pakistan for his treatment.”