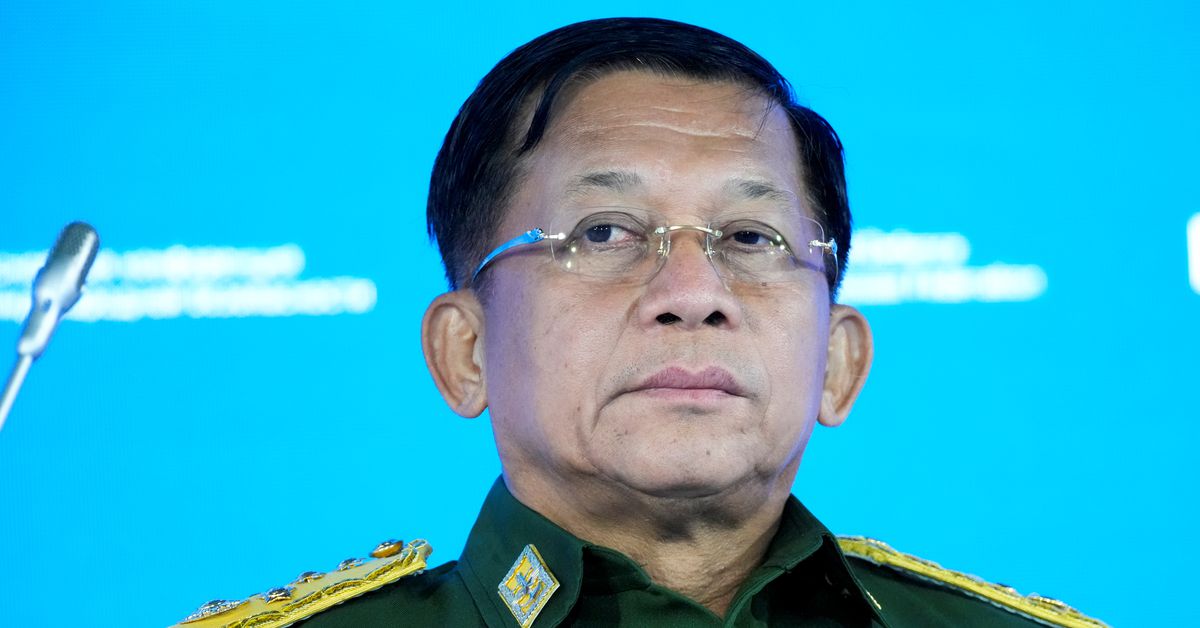 BANDAR SERI BEGAWAN, Oct 6 (Reuters) – Southeast Asian countries are discussing not inviting the head of Myanmar’s junta to a summit later this month, due to a lack of progress on an agreed roadmap to restore peace in the strife-torn country, a regional envoy said on Wednesday.

The junta’s inaction on a five-point plan it agreed in April with the Association of Southeast Asian Nations (ASEAN) was “tantamount to backtracking”, Erywan Yusof, the bloc’s special envoy to Myanmar, told a news conference.

Myanmar has been in turmoil since a Feb. 1 coup led by military chief Min Aung Hlaing that ended a decade of tentative democracy and the return of military rule has prompted outrage at home and abroad.

Erywan, the second foreign minister of ASEAN chair Brunei, said the bloc was in “deep in discussions” about not inviting the junta to participate in a virtual summit on Oct. 26-28, after the issue was raised by Malaysia and some other member countries.

“Up until today there has been no progress on the implementation of the five-point consensus, and this has raised a concern,” Erywan said.

Myanmar junta spokesman Zaw Min Tun did not respond to calls from Reuters on Wednesday. Last week he told a news conference that Myanmar was cooperating with ASEAN “without compromising the country’s sovereignty”.

The bloc’s effort to engage with Myanmar’s military has been criticised by supporters of democracy, with a committee of ousted Myanmar lawmakers declaring the junta a terrorist group and saying ASEAN’s engagement would give it legitimacy.

Still, excluding a leader from the summit would be a big step for ASEAN, which operates under consensus decision-making principles and prefers engagement, rather than confrontation, with member countries.

Erywan said the junta had not directly responded to his requests to meet detained former leader Aung San Suu Kyi, whose government was overthrown in the coup.

He added that he had proposed a programme for his visit to Myanmar to the military appointed foreign minister Wunna Maung Lwin last week, but the junta has not yet responded.

A source close to the Malaysian government said the ASEAN envoy was unlikely to visit Myanmar before the summit as the bloc had initially targeted.

More than 1,100 people have been killed since the coup, according to the United Nations, many during a crackdown by security forces on pro-democracy strikes and protests, during which thousands have been arrested. The junta says that estimate is exaggerated and members of its security forces have also been killed.

The ASEAN roadmap included a commitment to dialogue with all parties, allowing humanitarian access and ceasing hostilities.

Myanmar’s long history of military dictatorship and alleged human rights abuses has been ASEAN’s most tricky issue, testing the limits of its unity and its policy of non-interference.

But the foreign ministers meeting virtually on Monday voiced disappointment about the lack of progress made by the State Administrative Council (SAC), as Myanmar’s junta is known.

On Monday, Malaysia’s top diplomat Saifuddin Abdullah on Twitter said that without progress, “it would be difficult to have the chairman of the SAC at the ASEAN summit”.

He reiterated this stance in parliament on Wednesday and said the ASEAN envoy was doing “whatever is humanly possible” to make progress on the roadmap.