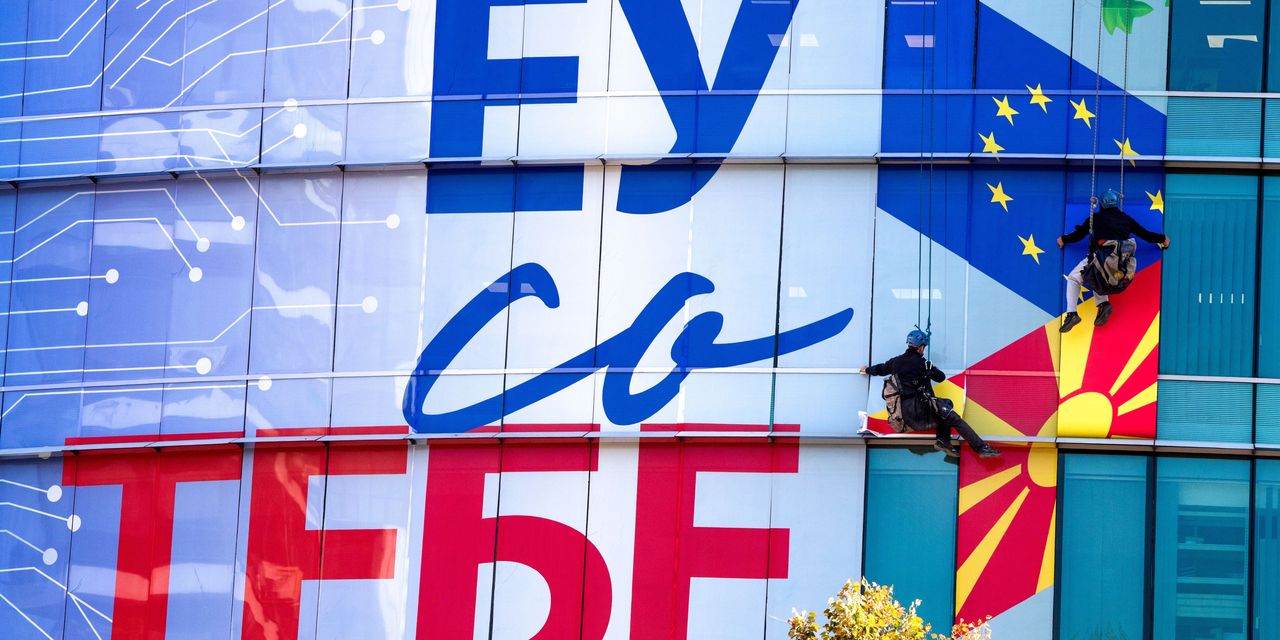 The European Union has spent years and billions of euros preparing Balkan countries to join the bloc, an effort the U.S. has supported in the hopes that it would spread stability in a region long racked by political volatility and sporadic violence.

But with EU leaders meeting counterparts from those aspirants Wednesday, the reality is that membership is slipping further into the future, not getting closer.

Biden administration officials and many in Europe worry that the stalling of the EU’s expansion into the Western Balkans opens the region to rivals and adversaries including Russia and China, all of which have historic or economic interests there.

Mr. Biden, in a call on Monday with European Commissioner President Ursula von der Leyen, “conveyed strong support for continuing the accession process with countries in this region,” a White House statement said.

Yet abstract threats from a region that was Europe’s last war zone aren’t swaying public opinion in big Western European countries, which have turned increasingly hostile to enlargement. Historic friction between EU members and some of the aspirants, combined with growing tensions in the region, have also drained political energy from enlargement, sparking growing local frustration.

“EU enlargement is effectively dead in the Western Balkans, or at least in suspended animation,” said Petrit Selimi, a former foreign minister of Kosovo. “Politicians in countries in Northern and Western Europe are currently paying lip-service to enlargement but not walking the walk.”

The EU’s cold shoulder is particularly harsh to North Atlantic Treaty Organization members Albania and North Macedonia, the start of whose membership talks have been repeatedly delayed despite Brussels saying they are technically ready.

The EU is engaged in enlargement talks with Serbia and Montenegro, but they are barely progressing. Promised talks with North Macedonia and Albania have been blocked, first by France and then by Bulgaria. Kosovo and Bosnia are nowhere near starting membership talks. EU accession negotiations with Turkey are shelved.

With near-term membership prospects fading, European officials are increasingly worried that Serbia is growing more authoritarian under President Aleksander Vucic. Violence has again flared between longstanding foes, Kosovo and Serbia, while China has used its Belt and Road initiative and the Covid-19 crisis to expand its influence.

After the EU added 10 countries in 2004, Romania and Bulgaria won membership in 2007 and Croatia, in 2013. The political consensus behind enlargement has ebbed since.

Britain’s exit raised the prospect of the club’s unraveling and removed one of the bloc’s strongest enlargement champions.

Vessela Tscherneva, deputy director of the European Council on Foreign Relations in Sofia, Bulgaria, said the EU is stuck between a group of Central and Eastern European countries genuinely pushing for enlargement and others who are deeply skeptical but don’t want to kill it off.

The process is stalled “because of this underlying doubt about whether European societies are able to absorb more members,” she said. Some West European politicians know enlargement is a losing issue in elections, she said.

European officials involved in negotiations acknowledge talks with Montenegro and Serbia are advancing very slowly. Brussels had hoped that one of the countries could join by 2025, a date that now looks implausible.

North Macedonia’s pro-EU government in 2018 pushed through a historic agreement with Greece to change its name—Athens had long objected to the name Macedonia because of its links with the Greek region.

Yet France wouldn’t allow the start of accession talks until the bloc’s process was recrafted. Then, Bulgaria’s government, facing political turbulence at home, blocked negotiations, citing disputes over Macedonia’s history, language and identity. Brussels officials hope Sofia will finally give a green light after November’s parliamentary and presidential elections.

Gerald Knaus, chairman of the European Stability Initiative, a regional think tank, said the enlargement process is no longer credible and has therefore lost its power to transform candidate countries. He said the EU should return to the 1990s model of offering membership of the bloc’s single market in exchange for realistic reforms as a staging post to full membership.

The accession process is “not working to achieve any of the objectives—including stabilization of the region,” Mr. Knaus said.

In one sign of that, last month saw some of the worst clashes in years between ethnic Serbians and Kosovars in northern Kosovo. The normalization of ties between Belgrade, which doesn’t recognize Kosovo’s 2008 independence, and Pristina is a precondition for both countries’ EU entry.

“This is our backyard,” Latvian Prime Minister Krišjānis Kariņš said on his arrival at Wednesday’s summit. “The western Balkans is a very clear case that either Europe extends the hand and pulls these countries toward us or someone else will extend a hand and pull these countries in a different direction.”

—Bojan Pancevski contributed to this article.

Write to Laurence Norman at laurence.norman@wsj.com