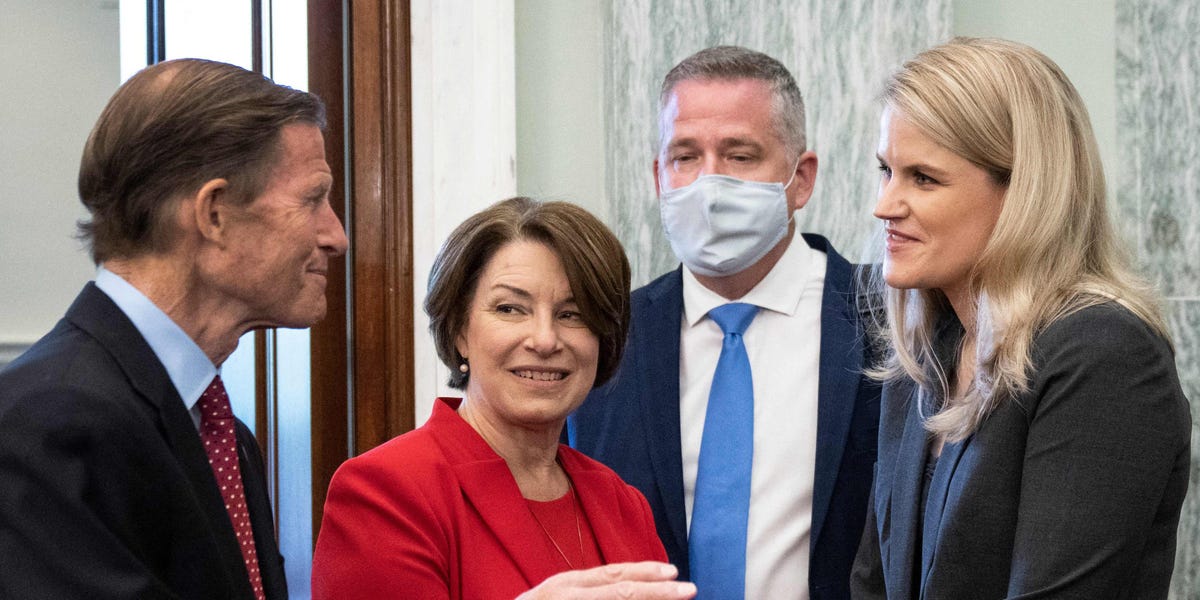 Democratic Sen. Amy Klobuchar of Minnesota said on Tuesday that lawmakers haven’t taken any meaningful action against Facebook because of the power of well-heeled lobbyists from the company and other big tech firms in Washington.

The Minnesota Democrat made the remarks at a Senate hearing where Frances Haugen — a former product manager at Facebook who recently revealed her identity as the whistleblower that has helped expose the company’s harmful effect on young users — was testifying and taking questions from senators of both parties. The hearing also comes the day after an hours-long outage of Facebook, Instagram and WhatsApp, all of which are owned by the company.

“I think the time has come for action, and I think you are the catalyst for that action,” Klobuchar told Haugen.

She went on to say that Facebook is one of several “dominant platforms” that act like “bullies in the neighborhood” in order to prevent meaningful regulation.

“You have said privacy legislation is not enough — I completely agree with you,” Klobuchar said to Haugen. “But I think you know, we have not done anything to update our privacy laws in this country, our federal privacy laws. Nothing. Zilch, in any major way.”

“Why? Because there are lobbyists around every single corner of this building that have been hired by the tech industry,” she continued. “We have done nothing when it comes to making the algorithms more transparent, allowing for the university research that you referred to. Why? Because Facebook and the other tech companies are throwing a bunch of money around this town, and people are listening to them.”

Klobuchar sought to link the issues with Facebook’s content moderation practices with a broader antitrust conversation about the company, and whether or not the tech giant should be broken up. Earlier this year, the senator published a book on anti-trust legislation.

“We are on a bipartisan basis working in the antitrust subcommittee to get something done on consolidation, which you understand allows the dominant platforms to control all of this like the bullies in the neighborhood: buy out the companies that maybe could’ve competed with them and added the bells and whistles,” Klobuchar said.

“So the time for action is now,” she concluded.

Sorgente articolo:
Klobuchar: Congress has ‘done nothing’ on Facebook because of lobbyists – Business Insider