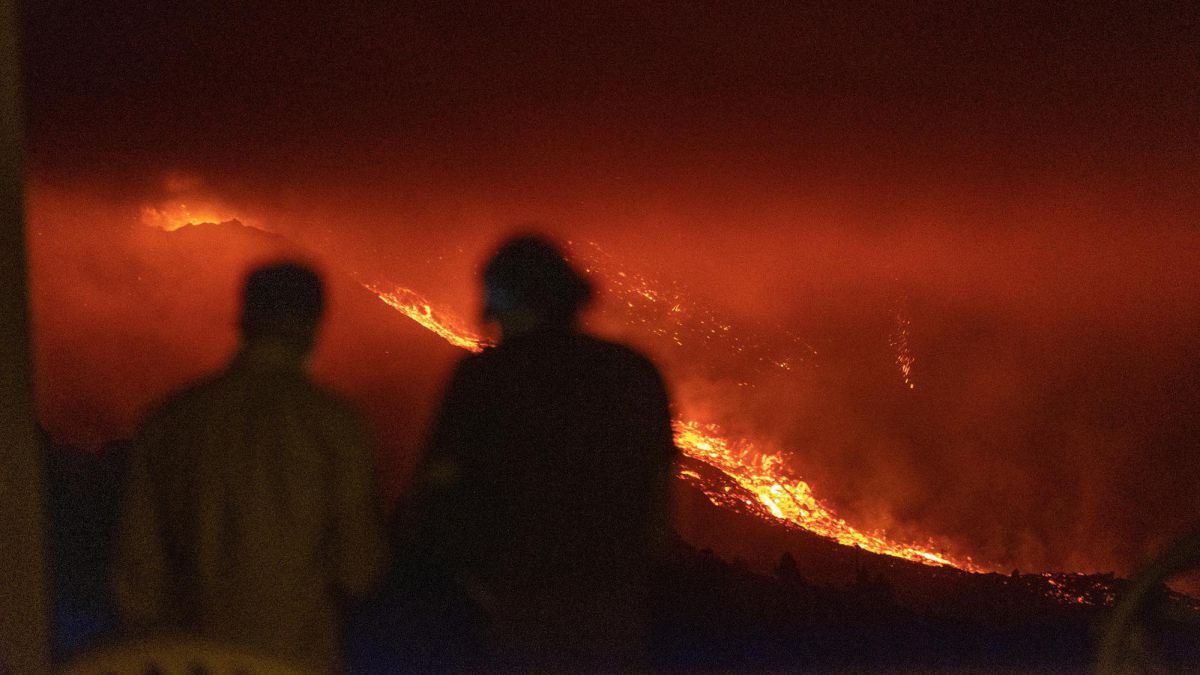 “We’re still in the middle of this…”

A river of red-hot lava gushing from the Cumbre Vieja volcano on Spain’s La Palma thickened throughout Monday, after the north side of the crater collapsed the previous night causing spectacular explosions, but authorities ruled out further evacuations.

Despite the heightened activity, the lava appeared to be following a similar trajectory to previous flows and avoiding areas that have so far been spared, Canary Islands’ regional president Angel Victor Torres said.

“We had to order a few lockdowns because of the air quality, but we are not planning to evacuate more people,” he said in an interview to TV channel TVE on Monday morning.

Torres said the volcano had emitted roughly three times the material expelled during the island’s last major eruption in 1971, in a quarter of the time.

He added that his administration planned to buy around 300 houses to accommodate those who lost their homes and said it was too early to tell how great the total damage would be.

“We’re still in the middle of this… if the lava keeps springing up in the same quantities we saw last night, the damage is going to be greater,” Torres said.

Roughly 1,000 buildings have been destroyed since the eruption began on September 19 and 6,000 people have been evacuated, mostly from the towns of El Paso and Los Llanos de Aridane, two of the main population centres in the island of 83,000 people.