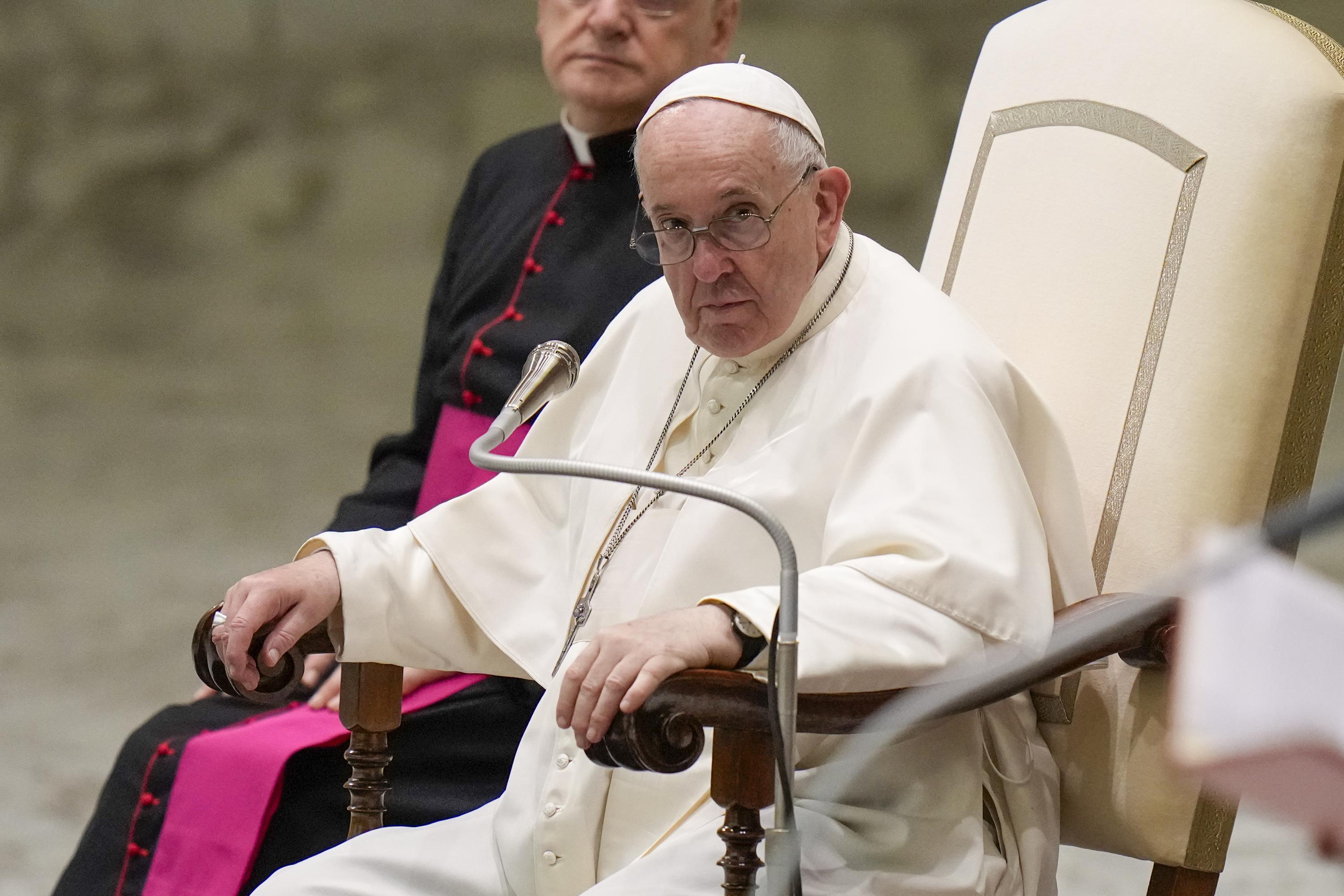 VATICAN CITY (AP) — Pope Francis expressed “shame” for himself and the Roman Catholic Church on Wednesday for the scale of child sexual abuse within the church in France and acknowledged failures in putting the needs of victims first.

The pope spoke during his regular audience at the Vatican about a report released Tuesday that estimated some 330,000 French children were abused by clergy and other church authority figures dating back to 1950.

“There is, unfortunately, a considerable number. I would like to express to the victims my sadness and pain for the trauma that they suffered,” Francis said. “It is also my shame, our shame, my shame, for the incapacity of the church for too long to put them at the center of its concerns.”

He called on all bishops and religious superiors to take all actions necessary “so similar dramas are not repeated.”

The pope also expressed his “closeness and paternal support” to French priests in the face of a “difficult test,” and called on French Catholics to “ensure that the church remains a safe house for all.”

The report said an estimated 3,000 priests and an unknown number of other people associated with the Catholic Church sexually abused children, providing France’s first accounting of the global phenomenon. The French church, like in other countries, has had to face up to shameful secrets that were long covered up.

The president of the independent commission that issued the findings, Jean-Marc Sauvé , underlined Tuesday that Catholic authorities had covered up the abuse spanning 70 years in a “systematic manner.”

Victims welcomed the 2,500-page document as long overdue, and the head of the French Catholic bishops’ conference asked for their forgiveness.

The report said the tally of 330,000 victims includes an estimated 216,000 people abused by priests and other clerics, and the rest by church figures such as Scout leaders and camp counselors. The estimates were based on a broader research by France’s National Institute of Health and Medical Research into sexual abuse of children in the country.

The commission urged the church to take strong action, denouncing its “faults” and “silence.” It also called on the Catholic Church to help compensate the victims, particularly in cases that are too old to prosecute in French courts.

“His thoughts go in first place to the victims, with a profound sadness for their wounds and gratitude for their courage to speak out,” Bruni said.

Francis issued a groundbreaking church law in May 2019 that requires all Catholic priests and nuns to report clergy sex abuse and cover-ups involving their superiors to church authorities. He said in June that every bishop must take responsibility for the “catastrophe” of the sex abuse crisis.