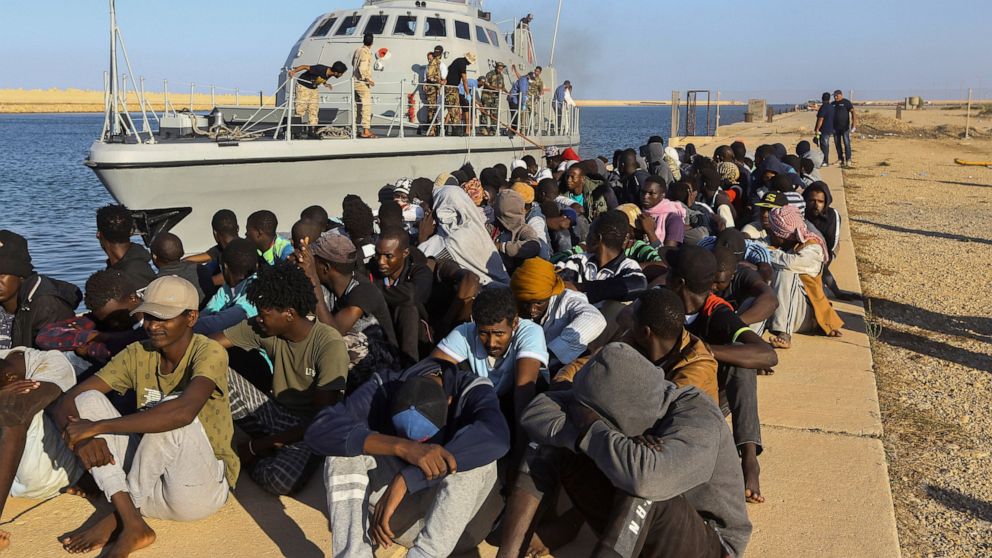 ABOARD GEO BARENTS — At least 17 bodies, likely of Europe-bound migrants, have washed ashore in western Libya, the Libyan Red Crescent said as authorities began to vaccinate migrants in the North African country on Wednesday against the coronavirus, in cooperation with the United Nations.

The bodies were found Tuesday near the western Libyan town of Zawiya, the Red Crescent’s branch in the town said, and were handed over to authorities for burial.

The migrants likely drowned. The U.N. migration agency has said that more than 1,100 migrants have been reported dead or presumed dead in numerous boat mishaps and shipwrecks off Libya’s coast so far this year.

The Red Crescent posted images purporting to show its workers carrying white body bags with the Mediterranean Sea in the background.

Libya was plunged into turmoil by the NATO-backed 2011 uprising that toppled and killed longtime dictator Moammar Gadhafi. The North African nation has since emerged as a popular, if extremely dangerous, route to Europe for those fleeing poverty and civil war in Africa and the Middle East.

Oil-rich Libya is largely governed by local militias, many of which profit from the trafficking. Rights groups say migrants traversing Libya have been tortured, raped and subjected to forced labor at the hands of traffickers and inside official detention centers.

U.N.-commissioned investigators found that the practice of arbitrary disappearances and violence against migrants inside Libyan prisons could amount to crimes against humanity.

Meanwhile, Libyan health authorities started to vaccinate migrants in the country against the coronavirus, in cooperation with the U.N. migration agency. The campaign kicked off at a health facility in Tripoli, where several migrants got their first shot of the Chinese Sinopharm vaccine.

Federico Soda, the head of the International Organization for Migration in Libya, was present at Wednesday’s kickoff of the vaccination drive. “This is a health issue for the migrants that we are extremely concerned about,” he said. “But it’s also a public health issue … to overcome the pandemic.”

It was not immediately clear how the authorities would go about vaccinating thousands of migrants held in detention centers across Libya. Tens of thousands of others live openly in Libyan cities and towns.

Libya has reported more than 34,400 cases of COVID-19 and 4,720 deaths, but the tally is likely much higher in part due to limited testing as in other impoverished countries.