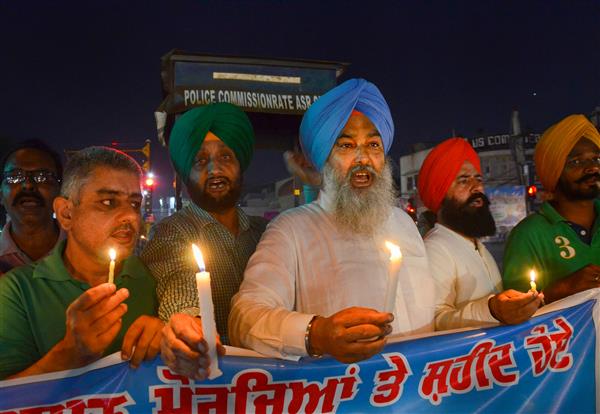 The Supreme Court on Wednesday took suo motu cognisance of the Lakhimpur Kheri violence in Uttar Pradesh in which eight persons, including four farmers, were killed and many others were injured.

The suo motu case – ‘IN RE- VIOLENCE IN LAKHIMPUR KHERI (UP) LEADING TO LOSS OF LIFE’—is listed before a three-judge Bench led by Chief Justice of India NV Ramana on Thursday.

The other two judges on the Bench are Justice Surya Kant and Justice Hima Kohli.

Earlier in the day, senior Congress leader Kapil Sibal urged the top court to act suo motu on the Lakhimpur Kheri violence. “Supreme Court, There was a time when there was no YouTube, no social media, the Supreme Court acted suo motu on the basis of news in the print media. It heard the voice of the voiceless,” Sibal said in a tweet.

This is the need of the hour

In his latest tweet, Sibal thanked the Chief Justice of India for deciding to take up the matter suo motu.

Two advocates from Uttar Pradesh—Shivkumar Tripathi and CS Panda—also wrote to the CJI demanding a CBI probe into the incident.