Tens of thousands of Palestinians lined up outside chambers of commerce across the Gaza Strip on Wednesday, hoping to get permits to work inside Israel after rumors circulated that more would be issued to residents of the territory ruled by the Hamas terror group.

Gaza’s more than 2 million Palestinian residents have lived under an Israeli and Egyptian blockade since Hamas seized power from rival Palestinian forces in the coastal region in 2007. Israel says the closures are needed to contain the terror group sworn to its destruction, and to prevent it from importing weaponry and materials to manufacture arms and attack tunnels.

An Israeli security official said authorities decided to allow in 7,000 workers in September but were only able to issue 4,500 permits. They are now taking applications for the remaining 2,500, the official said, speaking on condition of anonymity in line with regulations. The permits were for businesspeople, rather than day laborers.

Sharif Al-Faqawi, one of the workers lining up for a permit, said he shares a single room with his wife and eight children.

“We hope the crossings will be open so we can work and feed our children,” he said. “When I go north (into Israel), at least I will be able to feed them and build a future for them.”

Israel and Hamas have fought four wars since 2008, the most recent in May of this year. Hamas has demanded the easing of the blockade as part of an informal cease-fire brokered by Egypt. Israel has lifted some restrictions since the end of the 11-day May war while warning that any broader easing depends on continued calm. 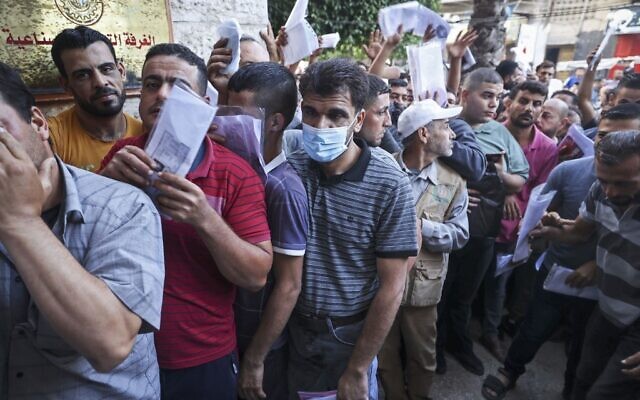 Hamas recently organized a workshop to discuss the management of natural resources in what is now Israel once the terror group “liberates” historical Palestine.

Critics saw the event as evidence of Hamas’s disconnection from the daily hardships endured by Palestinians in Gaza, where employment hovers around 50%. 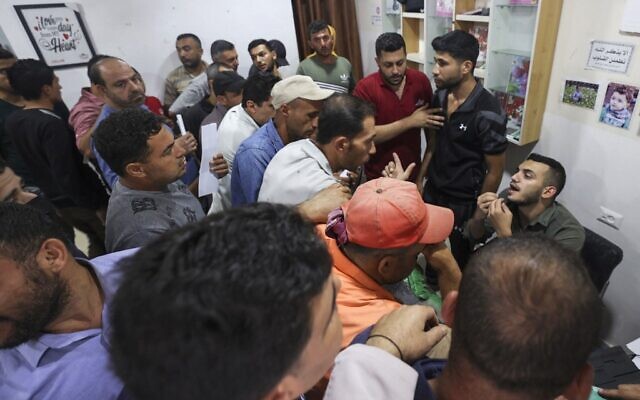 Tens of thousands of Palestinians from the West Bank also work in Israel, where wages are much higher, mainly in construction and agriculture.

Sorgente articolo:
Tens of thousands in Gaza line up for Israeli work permits as rumors swirl – The Times of Israel