Israeli scientists think they know why men and women are constantly squabbling over the heating control or the air conditioning settings: evolution.

They observed that just as women tend to feel colder than men, other species are split over temperature — and monitored 40 years worth of records on the behavior of bats and birds in Israel.

The outcome is a theory, newly peer-reviewed and published in an academic journal, suggesting that species stand the best chance of surviving when males and females keep their distance from each other.

“We suggest that the different temperature preferences reflect differences in the nervous system, and that just as males and females feel pain differently, they experience hot and cold differently,” lead author Dr. Eran Levin of Tel Aviv University’s School of Zoology told The Times of Israel. “And as a result of this, they often stay apart from each other, seeking different temperatures.

“It’s most common among birds and bats, for example you tend to find male bats go the higher altitudes at the top of mountain while the females are in the valleys where the temperature is higher.

“Lots has been written about males and females in various species living separately, but the explanations varied from species to species. We have observed a clear pattern among birds and bats, explaining this by temperatures, and among mice, males live in colder places than females. Our theory suggests that these and other species perceive temperature differently guided by natural selection.” 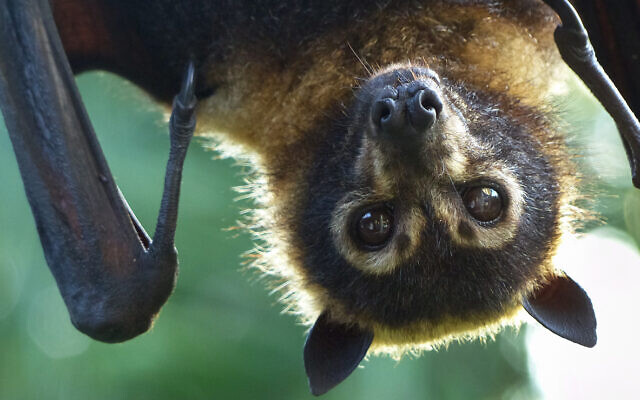 Levin, who collaborated with researchers at the University of Haifa and Sourasky Tel Aviv Medical Center, said that this has proven “very beneficial” in terms of evolution, elaborating: “This is because, with birds and bats, it causes genders to be separated outside breeding season, which reduces competition between males over females. It reduces aggression caused by competition for females between males, and reduces aggression toward females and their children.”

There is another advantage in females feeling the cold more, he said. Females tend to care for offspring, who in many cases need the temperature to be regulated for them. When females are more sensitive to cold, they are prompted more to warm the young, Levin said.

Levin’s colleague Dr. Tali Magory Cohen said that the evolutionary push was the same in humans — to give men and women space from one another.

“The bottom line is, going back to the human realm, we can say that this difference in thermal sensation did not come about so that we could argue with our partners over the air conditioning, but rather the opposite,” she said.

“It is meant to make the couple take some distance from each other so that each individual can enjoy some peace and quiet,” she went on.

“The phenomenon can also be linked to sociological phenomena observed in many animals and even in humans, in a mixed environment of females and males: females tend to have much more physical contact between themselves, whereas males maintain more distance and shy away from contact with each other.”

Sorgente articolo:
Why do women feel the cold more? It’s evolution, so men keep a distance – study – The Times of Israel