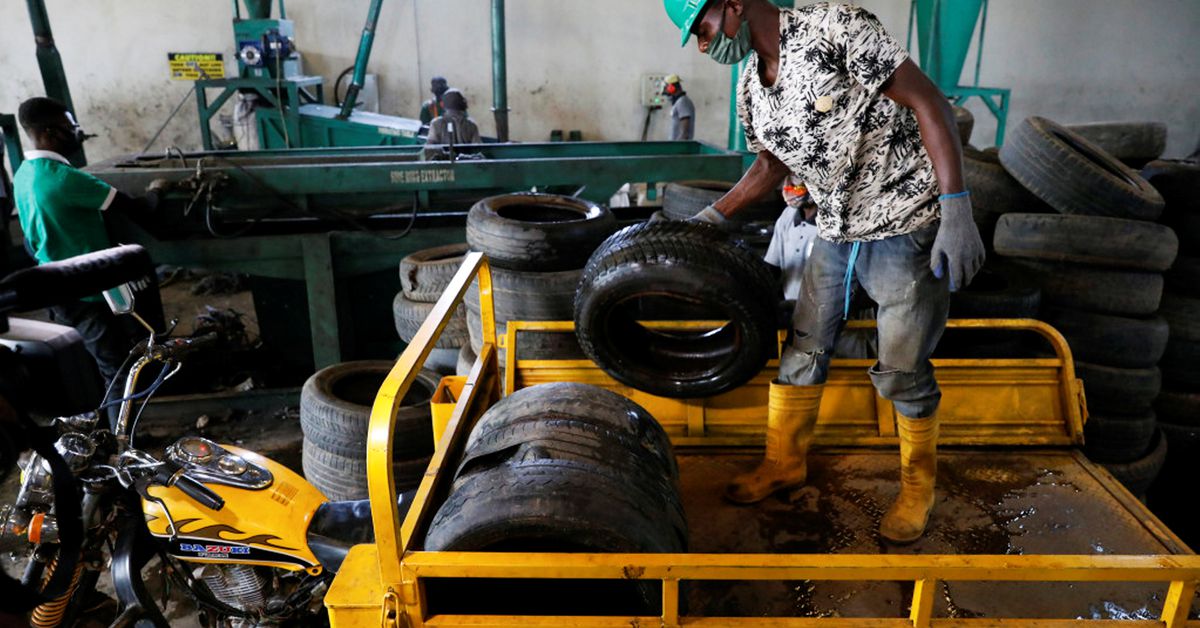 She has set up Freetown Waste Management Recycle, an industrial plant dedicated to transforming old tyres into paving bricks, floor tiles and other goods that are in high demand in Africa’s most populous nation.

“Creating something new from something that will otherwise be lying somewhere as waste was part of the motivation,” Runsewe told Reuters at her factory in the city of Ibadan in southwest Nigeria.

“We are able to create an entire value chain around the tyres,” she said, holding a paving brick that is one of the company’s best-selling products.

Waste management in Nigeria is patchy at best. In villages, towns and cities, piles of waste are a common sight, and residents often burn them at night for lack of a safer method of disposal. Tyres are routinely dumped and abandoned.

Some tyres are also supplied directly by mechanics, like Akeem Rasaq, who is delighted to have found a place where he can make some money from old tyres.

“Most of the tyres end up in public drainage clogging up the drain, but things have changed,” he said at his roadside workshop.

Freetown started operations in 2020 with just four employees, and growth has been so rapid the workforce has jumped to 128. So far, more than 100,000 tyres have been recycled into everything from speed bumps to soft paving for playgrounds.

“It is important to support anybody that recycles in our country,” said Houssam Azem, founder of the Lagos Jet Ski Riders Club, which has purchased paving bricks from Freetown for a children’s play area.

“Taking tyres, which is an environmental nuisance, and turning them into what children can play on, I think it is a win-win for everybody.”