Prosecutors on Wednesday filed an indictment against a Palestinian man for the alleged terror stabbing in Tel Aviv on the eve of Yom Kippur, the holiest day of the Jewish calendar, during which a man was seriously hurt.

Prosecutors said Haroub stabbed the victim with a screwdriver, assuming he was Jewish.

“The defendant, who believed that the plaintiff was a person of Jewish descent, approached him without being noticed, shouting at him in Arabic ‘Jew, Jew,’ hit him over the head with a bottle of water next to him, and stabbed him with the screwdriver in his upper body, with the intention of causing his death,” a statement from the Justice Ministry said.

The victim, a 49-year-old man from East Jerusalem, shouted back at the assailant in Arabic during the attack that he was not Jewish, but Haroub ignored his calls, the indictment read.

Haroub only fled the scene after he thought the injuries he had caused the victim would lead to his death, prosecutors charged. Police arrested him nearby shortly after the stabbing. 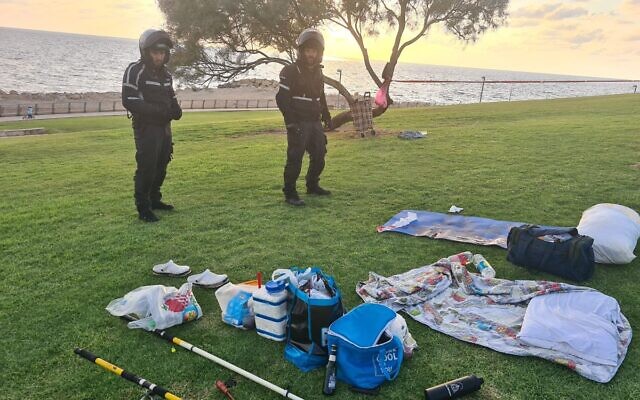 Police at the scene of a stabbing in Jaffa on September 15, 2021 (Israel Police)

The court extended Haroub’s remand until the end of the legal proceedings.

Israel and the West Bank saw a spate of stabbing attacks in September, apparently in solidarity with six Palestinian security prisoners who escaped from Gilboa Prison and were all later rearrested.

Sorgente articolo:
Palestinian charged with attempted murder over terror stabbing in Jaffa – The Times of Israel