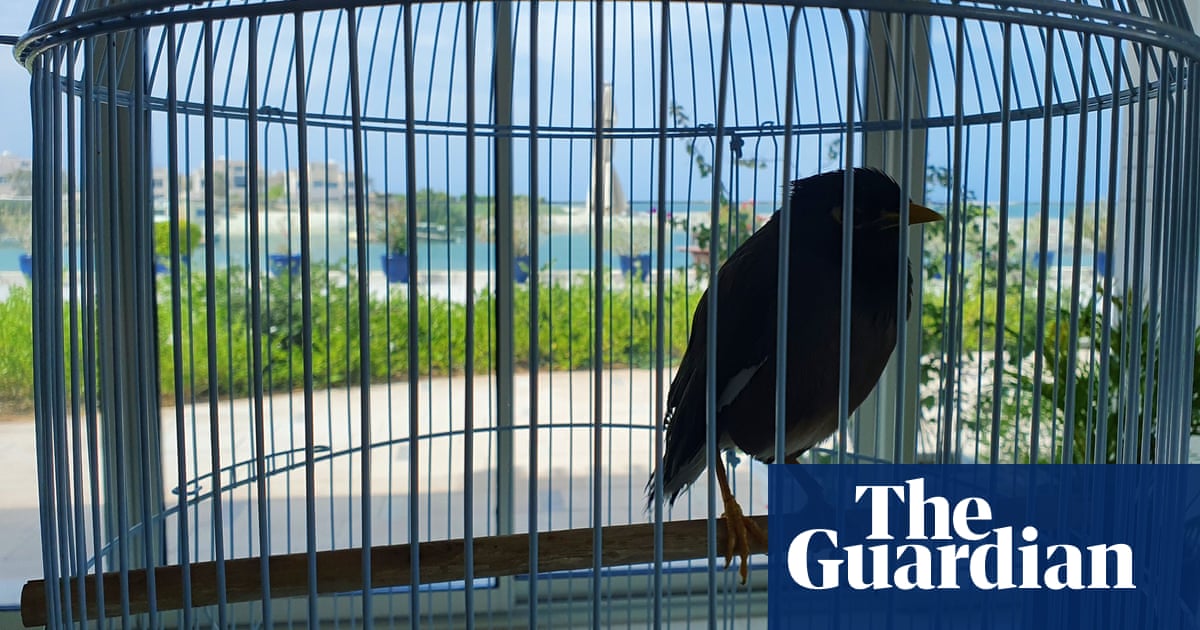 A mynah bird that was brought from Afghanistan by a girl fleeing the Taliban has learned to say “bonjour” after finding a new home with France’s ambassador to the United Arab Emirates.

Ambassador Xavier Chatel said he was moved by the little girl, who arrived “exhausted” and carrying the bird, named Juji, at the Al-Dhafra airbase in the UAE during the chaotic evacuations from Kabul.

The girl was left in tears after being told she could not take her pet on the onward journey to France for “sanitary reasons”, Chatel said in a series of tweets.

“She had fought all the way at Kabul airport, to bring the treasured little thing with her,” he wrote.

“She cried silently. I was moved. I promised to take care of the bird at the residence, feed him. She could visit him anytime and take him back. I won’t forget her look of desperate gratefulness.”

Juji now has a “girlfriend”, a dove that visits him daily, and after much coaxing finally said “bonjour” – a moment that “went straight to my heart”, Chatel said.

“Today, from Paris, the bird’s owner, ‘Alia’, found me on Twitter. She was so happy to see her bird thus cared for,” he wrote, using a pseudonym for the girl.

“She wanted me to teach him French. Alia, your bird has become the embassy’s mascot, but he is here for you, and if I can, I’ll take him personally to you one day.”