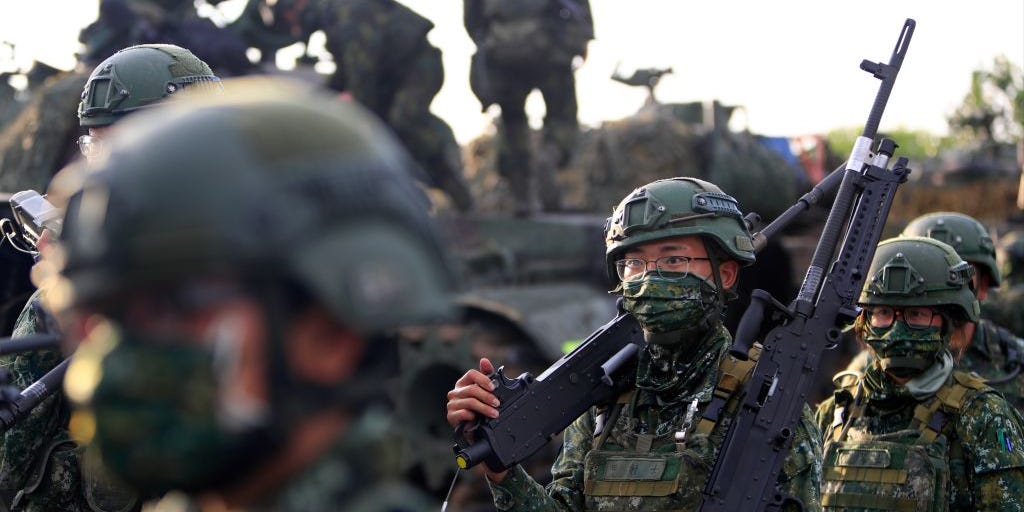 A small force of US Marines and special operators have been secretly training troops in Taiwan on a rotational basis for at least a year amid concerns about China, The Wall Street Journal reported Thursday, citing US officials.

The force reportedly includes about two dozen special operators and support troops who are working with ground force units and an unspecified number of Marines working with Taiwan’s maritime units on small-boat operations.

The Department of Defense neither confirmed nor denied the report, declining to comment on specific operations, engagements, or training.

Pentagon spokesman John Supple said in an emailed statement though that “our support for and defense relationship with Taiwan remains aligned against the current threat posed by the People’s Republic of China,” which the US has urged to “honor its commitment to the peaceful resolution of cross-Strait differences.”

China considers Taiwan a national interest and inseparable part of its sovereign territory and has not renounced the use of force as an option for bringing the democratic self-ruled island under its control.

“The PRC has stepped up efforts to intimidate and pressure Taiwan and other allies and partners, including increasing military activities conducted in the vicinity of Taiwan, East China Sea, and South China Sea, which we believe are destabilizing and increase the risk of miscalculation,” Supple said.

Taiwan’s defense minister Chiu Kuo-cheng warned Wednesday that China would likely be able to launch a “full-scale” invasion of Taiwan by 2025.

“We urge Beijing to cease its military, diplomatic, and economic pressure and coercion against Taiwan,” White House press secretary Jen Psaki said earlier this week. “We have an abiding interest in peace and stability across the Taiwan Strait. That’s why we’ll continue to assist Taiwan in maintaining a sufficient self-defense capability.”

The US has traditionally supported Taiwan’s efforts to bolster its defenses through arms sales, which are consistently condemned by Beijing. Other options have been suggested though.

Assistant Secretary of Defense for Special Operations and Low-Intensity Conflict Christopher Maier told Congress in May that the US “should be considering strongly” strengthening Taiwan’s irregular warfare capabilities, telling lawmakers during his confirmation hearing that special operators could help Taiwan in this area, Military.com reported at the time. He said nothing of forces already deployed there.

China has not officially commented on The Wall Street Journal report, though it has repeatedly stated that “China will take all necessary steps to protect its sovereignty and territorial integrity.”

There have previously been reports of US military personnel in Taiwan training forces. Following reports last fall, both Taiwan’s defense ministry and the Pentagon characterized the reporting as “inaccurate.” The Pentagon statement Thursday did not dispute The Wall Street Journal report.

Insider has reached out to US Indo-Pacific command for comment on reports of US military activities in Taiwan but has not received a response.

Sorgente articolo:
US Marines and special operators have been training troops in Taiwan: report – Business Insider