An Argentine court on Thursday dismissed a legal action against former President Cristina Fernández de Kirchner charging she sought to cover up the alleged involvement of Iranian terrorists in a 1994 bombing that killed 85 people and injured hundreds at a Jewish center in Buenos Aires.

The court said in an oral order that it concluded an agreement signed by Argentina and Iran in 2013 for conducting an investigation into the terrorist attack at the Argentine Israelite Mutual Association “did not constitute a crime.”

Fernández de Kirchner, who was Argentina’s president in 2007-2015, is now the country’s vice president.

The claim against Fernández de Kirchner was filed in January 2015 by federal prosecutor Alberto Nisman.

That same month, Nisman was found dead in his Buenos Aires apartment, a day before he was due to testify to an Argentine congressional panel on the then-president’s role in covering up Iran’s responsibility for the attack.

A government official initially asserted that Nisman’s death — by a single bullet to the head fired at close range — was suicide, but Argentina has subsequently acknowledged it was a homicide. 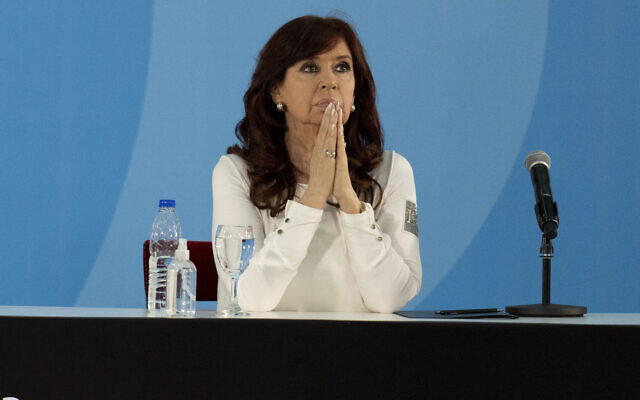 Iran and Hezbollah have long been linked to the attack. Based on the investigations of Nisman, six Iranians and one Lebanese have been on Interpol’s most-wanted list since 2007.

Nisman accused Iran of ordering the attack via the Lebanese terror group Hezbollah, but his efforts to prosecute five Iranian officials, including former president Akbar Hashemi Rafsanjani, were cut short when Fernández de Kirchner’s administration signed a deal with Iran to set up a Tehran-based joint commission to investigate the attacks. 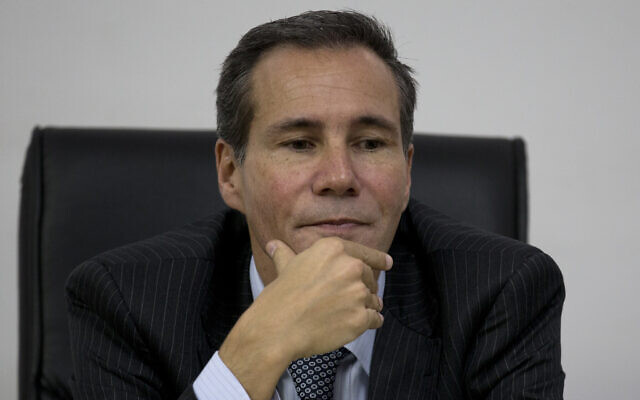 According to the prosecutor, the pact with Iran had the hidden objective of canceling Interpol’s red alerts against citizens of Iran who investigators had identified as authors of the Jewish center attack. He said the agreement included provisions for Argentina to exchange its grain for Iranian oil.

Fernández de Kirchner has said the agreement was the only way to reactivate the investigation into the bombing, which has been paralyzed for more than two decades and for which no one has ever been convicted.