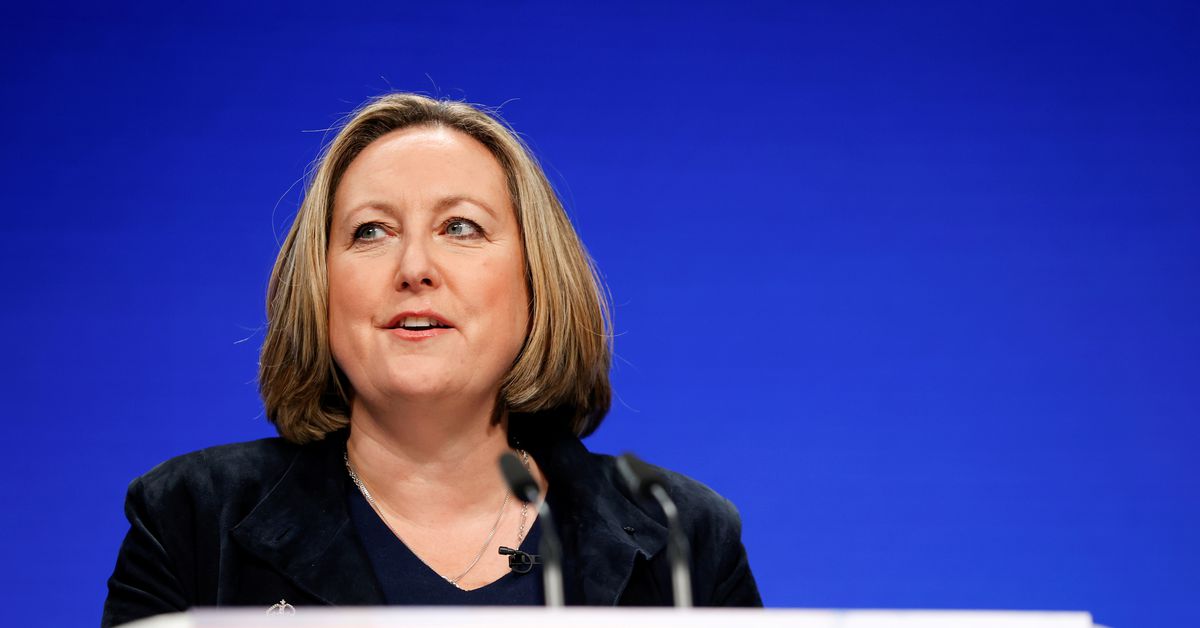 LONDON, Oct 7 (Reuters) – Britain will on Friday take its first step towards trade negotiations with the six-country Gulf Cooperation Council (GCC), asking British businesses what they want an agreement to cover.

Trade minister Anne-Marie Trevelyan is targeting a deal with the GCC – Saudi Arabia, the United Arab Emirates, Oman, Qatar, Kuwait and Bahrain – as she looks to build new ties around the world following Britain’s exit from the European Union.

On Friday, Trevelyan will launch a 14-week consultation, calling on the public and businesses to share their views on what a deal should look like. She will also meet representatives of the GCC in London.

“We want a modern, comprehensive agreement that breaks down trade barriers to a huge food and drink market and in areas like digital trade and renewable energy which will deliver well-paid jobs in all parts of the UK,” she said in a statement.

A deal would be an advance on the relations Britain had as an EU member: The EU meets the GCC annually to build economic cooperation and develop closer trade and investment ties, but 18-year negotiations over a trade deal stalled in 2008.

The GCC has not implemented a free trade deal since 2015 and Britain did not set out a timetable for negotiations.

Britain already has close strategic and military ties with the gulf countries, and trade with the region was worth more than 30 billion pounds in 2020.

However, the pursuit of a formal trade deal could reignite political concerns over who post-Brexit Britain is seeking to do more business with. read more

The government has faced long-running criticism from opposition lawmakers and campaigners who say billions of pounds of arms exports to Saudi Arabia are being used to breach human rights laws in Yemen.

The government said in 2020 there was not a clear risk they might be used in serious breach of humanitarian law.