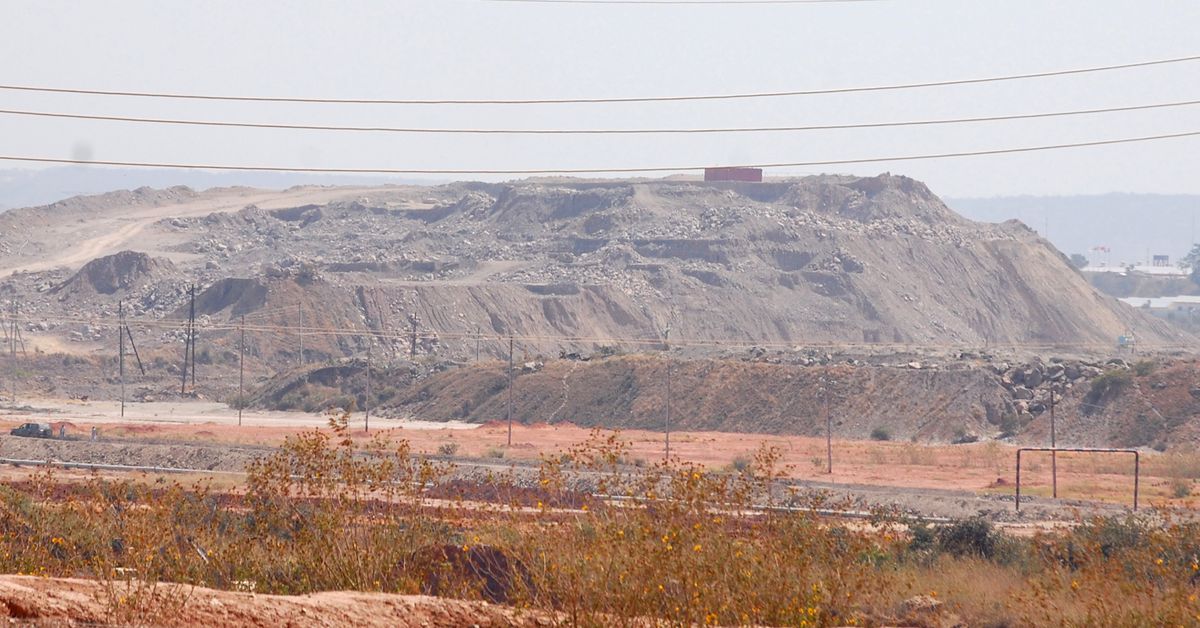 DAKAR, Oct 8 (Reuters) – Democratic Republic of Congo should renegotiate its $6 billion infrastructure-for-minerals deal with Chinese investors, according to the draft of a report commissioned by a global anti-corruption body of governments, companies and activists.

The draft, seen by Reuters, describes the deal that was first signed in 2008 as “unconscionable” and urges Congo’s government to cancel an amendment signed secretly in 2017 that sped up payments to Chinese mining investors and slowed reimbursements of investment in infrastructure.

The final report is expected to be released this month by the Extractive Industries Transparency Initiative (EITI), which tracks revenue flows in the oil and mining sectors and counts more than 50 countries, including Congo, as members.

The report has no legal force but, if the draft’s main conclusions remain, it could bolster Congo’s push to secure more favourable terms from mining contracts with Chinese investors. read more

President Felix Tshisekedi’s government is reviewing the 2008 contract and the reserve levels at China Molybdenum’s (603993.SS) Tenke Fungurume mine after saying Congo was not getting a fair deal.

Prime Minister Sama Lukonde Kyenge told a mining conference on Thursday: “There has to be some adjustment.”

The moves represent rare pushback by Congo, the world’s leading producer of the battery metal cobalt and Africa’s top copper miner, against the Chinese investors who control most of its mining industry.

Critics say few of those projects have been realised.

Congo’s government spokesman said he had not read the draft and could not comment. EITI’s office in Congo referred Reuters to the terms of reference of the mission and declined to comment further. A Sicomines representative did not respond to requests for comment.

A copper and cobalt mine run by Sicomines is seen in Kolwezi, Democratic Republic of Congo, May 30, 2015. REUTERS/Aaron Ross/File Photo

Fred Zhang, a senior Sicomines official, defended the deal in comments to Reuters last week, saying it had driven development for Congo’s people and Sicomines would disburse more funds as production rose.

The draft, written by two Congolese consultants, recommends “the denunciation by the Congolese state of the unconscionable character of the joint-venture convention of April 22, 2008 and the return to the negotiations table by Sicomines shareholders”.

It says the Chinese companies’ 68% stake in Sicomines is too high since the Congolese contributed all the mining assets and 32% of the initial capital.

It condemns the previously undisclosed 2017 amendment.

Under the 2008 contract, all of Sicomines’ profits would initially go to reimbursing investments in Congo’s most urgent infrastructure projects. It was on that basis that parliament agreed to exempt Sicomines from all taxes, the draft says.

Under the 2017 amendment, seen by Reuters, only 65% of Sicomines’ profits must initially go toward reimbursing the investments while 35% goes to shareholders.

The change could further slow the pace of the infrastructure projects, the draft says. To date, less than $1 billion of the expected $3 billion has been invested, about $1 billion less than projected at this stage, it says.

“This amendment constitutes a violation of the security of the interests of the Republic,” the draft says.

The draft report calls for re-evaluating Sicomines’ reserves, saying a 2010 feasibility study 2010 was flawed, and cancelling another contract with the same Chinese investors to build a hydroelectric dam.

Reporting by Aaron Ross in Dakar and Helen Reid in Johannesburg; Additional reporting by Sophie Yu in Beijing; Editing by Edmund Blair