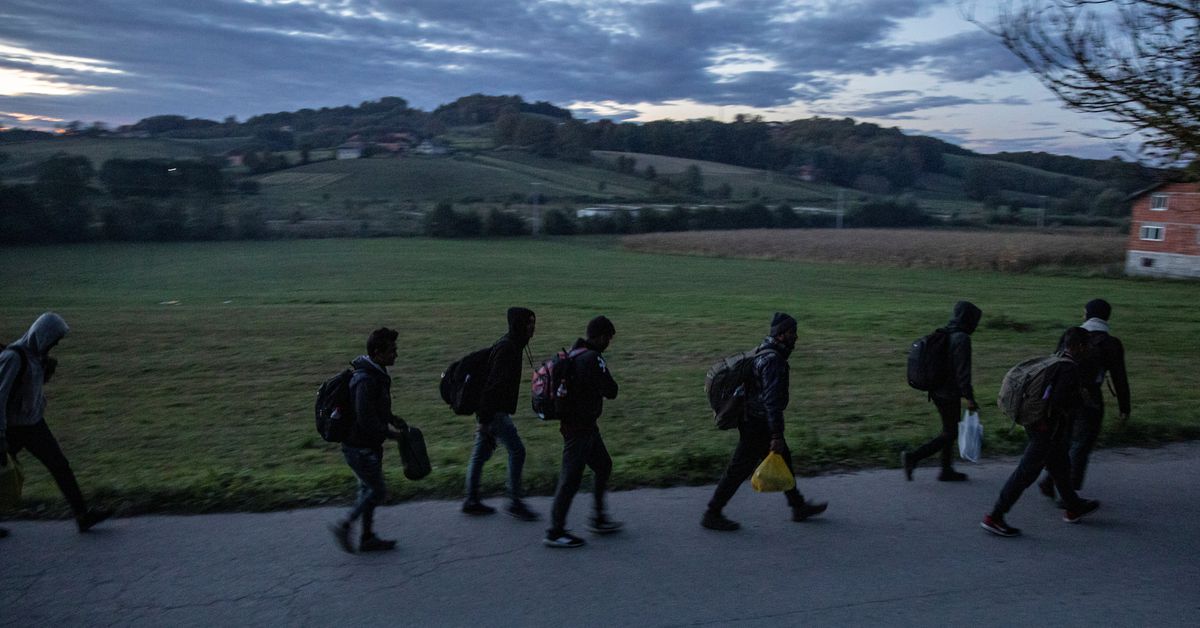 Migrants walk towards the Bosnia-Croatia border in attempt to cross it what they call “the game”, near Velika Kladusa, September 29, 2020. REUTERS/Marko Djurica

ZAGREB, Oct 8 (Reuters) – Croatia acknowledged on Friday that its police officers had participated in a violent pushback of migrants on the border with Bosnia, and Greece promised to investigate reports of similar action by its officials.

Several European media outlets reported this week that Greek and Croatian officials were illegally and sometimes violently pushing back migrants. The European Union’s executive called for an investigation on Thursday. read more

Reuters has not independently verified the media reports.

“We don’t want any such incident tarnishing the image of the Croatian police and the good work it conducts in border control and fighting migrant smugglers,” he said.

“Every claim made is investigated by the judiciary and by our internal audit,” he told reporters at an EU meeting in Luxembourg.

Johansson earlier said EU countries needed to protect the bloc’s external borders, but that they also had to uphold the rule of law and fundamental rights.

Under international law, migrants have a right to claim asylum and it is forbidden to send potential asylum-seekers back to where their lives or well-being might be in danger.

Twelve migration and interior ministers from Austria, Denmark, Greece and eastern European countries wrote on Thursday to the European Commission calling for new tools to avoid, rather than have to deal with, overburdened migrant systems.

Illegal migration was being used for political purposes, they said.

Poland and fellow EU states Lithuania and Latvia have reported sharp increases in migrants from countries such as Afghanistan and Iraq trying to cross the border from Belarus, in what Brussels and Warsaw say is a form of hybrid warfare by Minsk.