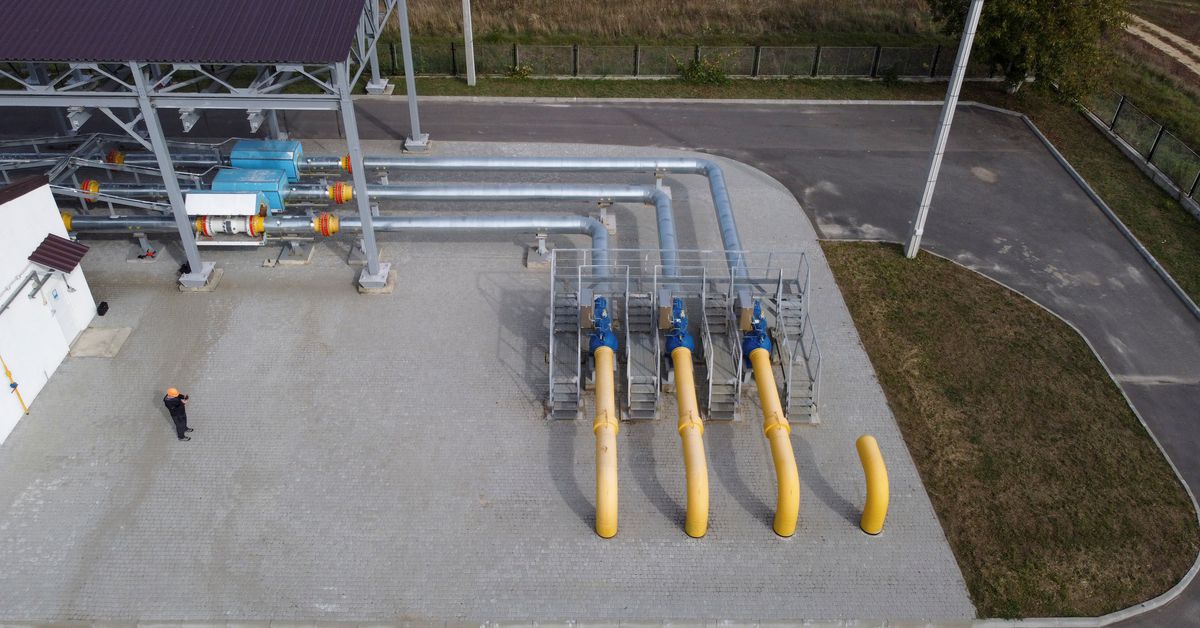 LONDON, Oct 7 (Reuters) – Soaring gas prices are forecast to drive a switch to oil and put more energy suppliers in Britain out of business, while industry groups called on Thursday for government action to ensure there is no supply interruption this winter.

Natural gas prices, particularly in Europe, have rocketed this year due to lower-than-usual stocks, reduced supply from Russia, the onset of colder temperatures and infrastructure outages.

The inexorable rise prompted some analysts to forecast a boost to global crude demand of several hundred thousand barrels per day (bpd), squeezing already tight supply, as countries switch to oil to generate power over the winter.

Record high energy prices in Britain and in Spain have already caused some industrial companies, such as steelmakers and fertiliser plants, to curtail production and even led to warnings of food shortages this winter.

The squeeze has also been felt in China, where power usage has been restricted by authorities.

“This has never happened before at such a global scale. The market has always tried to substitute from costly oil to much cheaper natural gas,” Bjarne Schieldrop, chief SEB commodities analyst, said of the reversal underway as users switch to oil.

The reversal to oil, a month before international climate talks kick off in Glasgow, underscore the difficulty of cutting emissions and transitioning to greener sources of energy.

Meanwhile, Britain’s National Grid warned that the country faces tight electricity supplies this winter on rising demand and capacity constraints, although a top official said he was confident it will keep the lights on.

Any action to curb prices will be too late for the 12 energy suppliers which have already collapsed this year, high wholesale gas prices in Britain have lifted wholesale power prices as gas accounts for around 40% of the country’s electricity generation.

The rise in gas prices has been a boon for some companies such as Royal Dutch Shell (RDSa.L), which flagged a cashflow boost from soaring gas and electricity prices.

Shell is the top seller of liquefied natural gas (LNG), accounting for about 20% of global demand, although its sales have declined in recent months because of production problems.

The company’s British power retail business has benefited from the collapse of smaller rivals, picking up 255,000 new customers recently following a competitor’s default.

Britain’s Energy Intensive Users Group (EIUG), which represents companies such as manufacturers of steel, chemicals, fertilisers, paper, glass and cement, has urged the government to put in place emergency measures to make sure energy supplies are not interrupted and are delivered at affordable prices.

Forward power prices in Britain are set to exceed those of last winter as gas prices have hit a series of record highs.

“The issue is not just whether the supply of gas and electricity will be available but also one of price. Energy intensive industries could simply be priced out of the market,” EIUG said on Thursday.

Britain’s Department for Business, Energy and Industrial Strategy (BEIS) said it was “determined to secure a competitive future” for energy intensive industries and had provided them with “extensive support” in recent years.