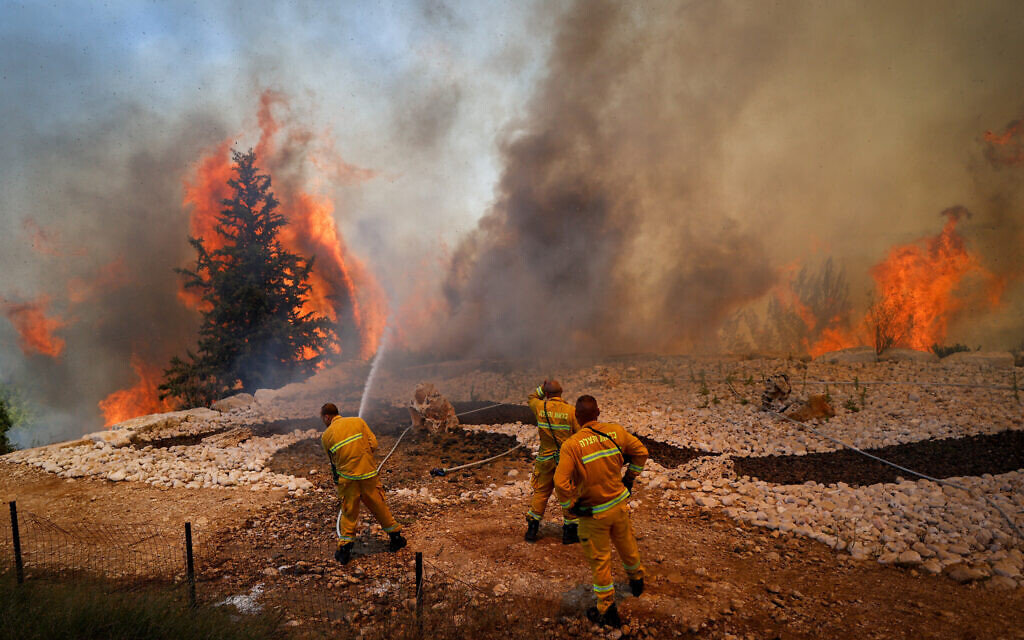 A woman was arrested on suspicion of arson as Fire and Rescue Services battled a blaze at a park in the Judean Hills near Beit Shemesh on Thursday, police said.

Authorities said that there was no immediate danger to residential areas.

The multiple sites led to suspicions that the fire was set intentionally.

Police scanning the area located a woman aged around 30, a resident of a West Bank settlement who had been reported missing several hours earlier. Police described her as an “at-risk individual,” but gave no further detials.

After questioning the woman and collecting evidence at the scene, police arrested her on suspicion of starting the fires.

Meanwhile, a large brushfire was reported near Modiin. Firefighters there managed to gain control of the blaze.