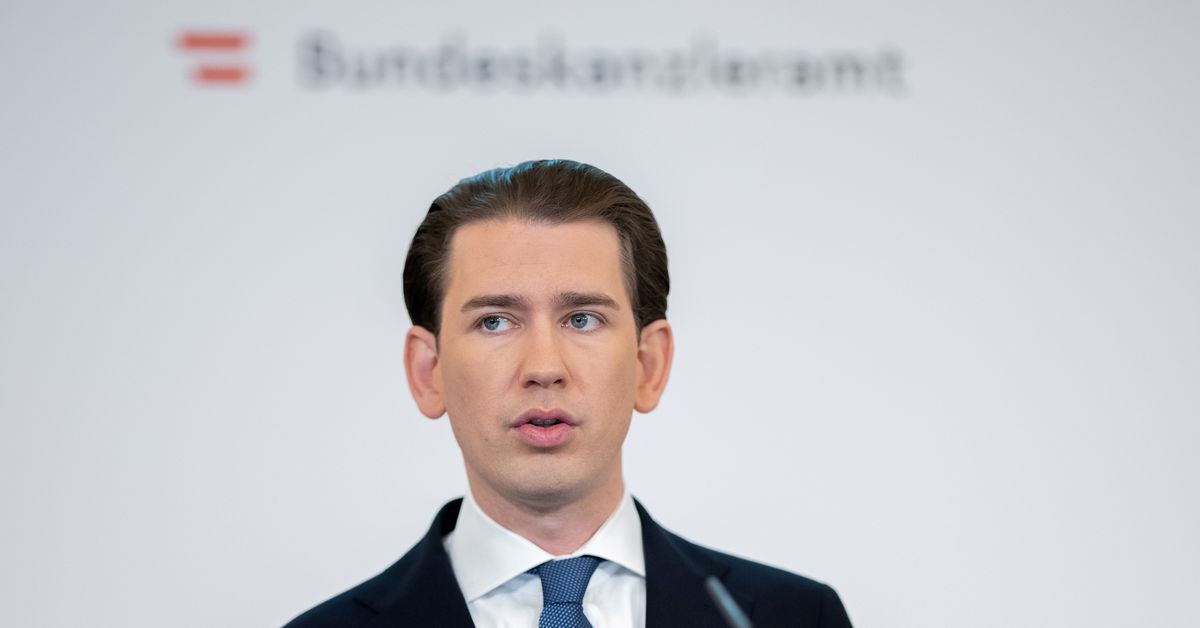 VIENNA, Oct 7 (Reuters) – Austrian Chancellor Sebastian Kurz battled on Thursday to save his job as his junior coalition partner, the Greens, cast doubt on his ability to stay on now that he has been placed under investigation on suspicion of corruption offences.

All three opposition parties have called for Kurz’s resignation and are preparing a motion of no confidence against him in parliament, which needs Greens support to succeed. Two of the three have said they do not want a snap election.

The Greens, who campaigned on “clean politics” and went into coalition with Kurz last year, said they had invited other parties in parliament to talks on Friday on what to do next in light of prosecutors’ investigation. read more

“We have thus reached a new level. The impression this gives is devastating. The facts must be fully established. That is what the people in Austria expect,” Greens leader and Vice Chancellor Werner Kogler said in a statement.

“We cannot go back to business as usual. The chancellor’s ability to act is called into question in this context.”

A special session of the lower house of parliament will be held on Tuesday. Kurz has said he will not step down, and ministers from his conservative People’s Party (OVP) raised the stakes by saying that if Kurz were deposed, they would quit.

“There will only be an OVP participation in this government if Sebastian Kurz is at its head,” the ministers said in a statement on Thursday.

Kurz, who denies wrongdoing, said he was innocent until proven guilty and was willing to keep working with the Greens.

“We are prepared to continue our work together,” Kurz told reporters as he crossed the square in front of his office for a meeting with Austrian President Alexander Van der Bellen.

“I will…defend myself against all false accusations against me by all legal and democratic means available.”

Van der Bellen, who has the power to dismiss the chancellor or the entire cabinet, met party leaders separately.

Prosecutors said on Wednesday they had placed Kurz and nine others under investigation on suspicion of breach of trust, corruption and bribery with various levels of involvement.

“It is a very serious situation and these talks should be carried out very seriously,” the leader of the opposition Social Democrats, Pamela Rendi-Wagner, told a news conference.

“It is a decision on the future course that must be taken, above all by the Greens as coalition partner. They will decide whether this motion of no-confidence succeeds or not.”

Prosecutors suspect that, starting in 2016 when Kurz was seeking to take over as party leader, the conservative-led Finance Ministry paid for advertisements in a newspaper in exchange for polling and coverage favourable to Kurz.

Kurz was already under investigation on suspicion of perjury in a separate case, in which he also denies wrongdoing.

The allegations pose a major political challenge for him after he emerged relatively unscathed from a video sting scandal involving the far right in 2019 that ended its coalition with Kurz’s OVP.

Kurz, who became the Alpine republic’s youngest ever chancellor after he won an election at age 31 in 2017, has been the undisputed OVP leader until now. In August he was reappointed at a party conference with 99.4% support.

The OVP’s support among voters has eroded by about three points from the 37.5% it secured in the last parliamentary election in September 2019, polls carried out as recently as last week showed, but it retained a commanding lead of more than 10 points over the second-placed Social Democrats.

Support for the Greens has also fallen by a few points since they secured 13.9% in the last election, polls suggest.