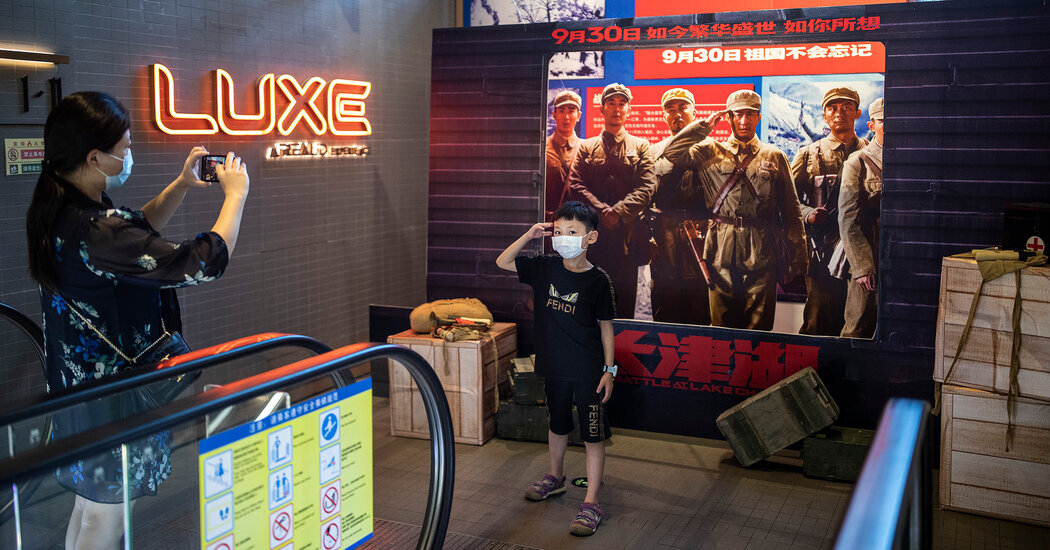 Luo Changping built a reputation as a muckraking journalist in China, a place where few dare pursue the calling, until he was forced out of the industry in 2014. Now a businessman, he has run afoul of the authorities again, this time over a critique spurred by a blockbuster movie about the Korean War.

The police detained Mr. Luo, 40, on Thursday, two days after he posted commentary on social media questioning China’s role in the war, the subject of a new film, “The Battle at Lake Changjin.” The movie has dominated the box office over the seven-day holiday known as Golden Week.

The film, sponsored by the government, depicts an against-all-odds American defeat in a battle known in the United States as the Battle of Chosin Reservoir. Mr. Luo’s crime was to question the legal justification of China’s intervention when North Korea’s troops were on the verge of defeat after invading the South.

“Half a century later, few Chinese people have reflected on the justifiability of the war,” he wrote on Weibo, China’s version of Twitter, before referring specifically to a doomed Chinese military unit featured in the film “that did not doubt the ‘wise decision’ of the top.”

The authorities appeared to be trying to set an example with Mr. Luo’s arrest, which was highlighted by state media, including the main television network, CCTV. The arrest — and what appeared to be an orchestrated wave of outrage online — reflected the Communist Party’s prickliness about any efforts to challenge its version of history.

“Some individuals still try to completely deny the War of Resistance against the United States and Aid Korea, question the justice of sending troops, and try to erase the great victory,” a statement that appeared on the social media accounts of the People’s Liberation Army said, using the Chinese name for the war.

It went on, “No matter how they distort, obliterate, falsify, tease and denigrate the facts, history is written in the hearts of the people.”

According to a police statement, Mr. Luo was charged under a new criminal code that took effect this year, making the defamation of political martyrs a crime. It can result in a prison sentence of up to three years. “Cyberspace is not a lawless place,” the statement said.

Mr. Luo’s account on Weibo was blocked, with the offending post deleted. The police statement said that he had confessed to breaking the law but did not detail what punishment he would face. Mr. Luo could not be reached for comment.

The film has smashed records since opening on Sept. 30, on the eve of China’s National Day. In its first week, it has already grossed $552 million, according to Maoyan, the ticketing service, already making it the eighth-most-successful film in China’s history.