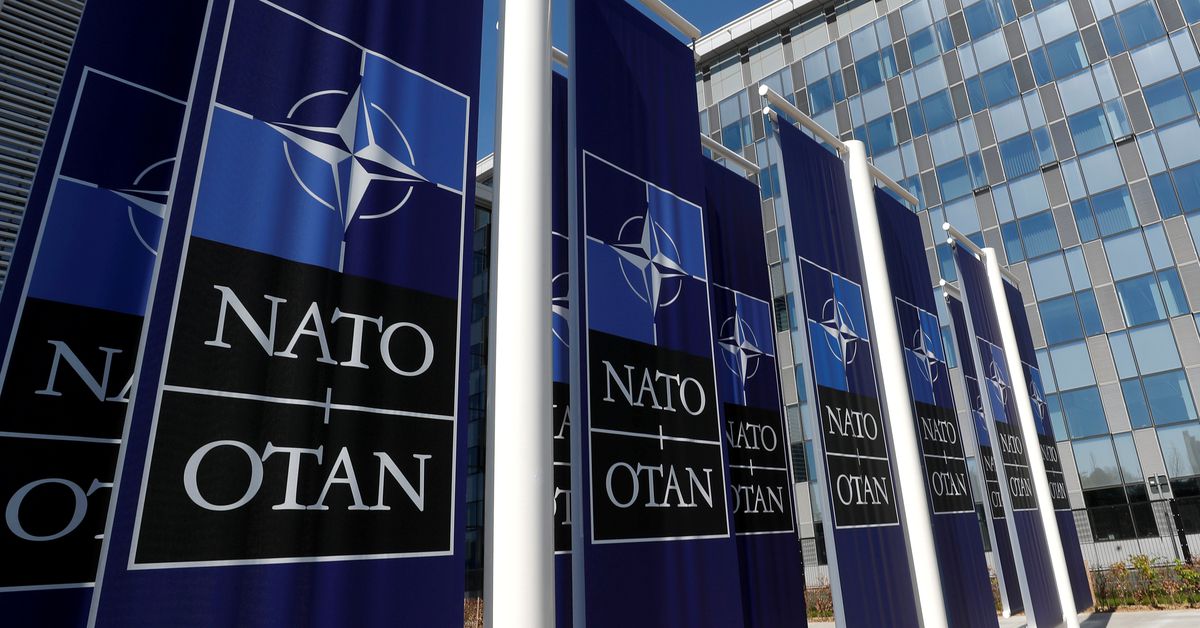 Banners displaying the NATO logo are placed at the entrance of new NATO headquarters during the move to the new building, in Brussels, Belgium April 19, 2018. REUTERS/Yves Herman

BRUSSELS/MOSCOW, Oct 6 (Reuters) – NATO has expelled eight members of Russia’s mission to the alliance who were “undeclared Russian intelligence officers”, a NATO official said on Wednesday, the latest deterioration in East-West ties that are already at post-Cold War lows.

The expulsion of the Russians was reported earlier by Sky News, which said Moscow’s mission to the alliance headquarters in Brussels would be halved “in response to suspected malign Russian activities, including killings and espionage”.

Reuters was not immediately able to confirm the reasons cited by Sky News for the reduction of the Russian delegation.

Russian Deputy Foreign Minister Alexander Grushko accused NATO of duplicity and of using the idea of an alleged threat from Moscow as a bogeyman for its own purposes.

“The leaders of NATO yesterday spoke of the importance of de-escalating relations with Russia and spoke out in favour of a resumption in dialogue in the framework of the Russia-NATO Council,” Grushko told the Kommersant daily newspaper.

“If anyone believed in the sincerity of those statements then today they don’t. Their real worth is clear to all. After the dramatic end of the Afghan era how can they can get by without the bogeyman of the ‘Russian threat.’ They can’t.”

The West’s ties with Russia remain strained over everything from Ukraine to alleged Russian election meddling to the 2018 poisoning with a nerve agent in England of Russian double agent Sergei Skripal and his daughter.

The Interfax news agency cited Leonid Slutsky, head of the Russian lower house of parliament’s international affairs committee, as saying that Moscow would retaliate, but not necessarily in kind.

“We can confirm that we have withdrawn the accreditation of eight members of the Russian Mission to NATO, who were undeclared Russian intelligence officers,” the NATO official said, adding that the number of positions Moscow can accredit to NATO had been cut to 10.

“NATO’s policy towards Russia remains consistent. We have strengthened our deterrence and defence in response to Russia’s aggressive actions, while at the same time we remain open for a meaningful dialogue,” the official added.

Slutsky was cited as saying that the position of Russia’s envoy to the European Union was currently vacant and that NATO’s move would damage dialogue between Moscow and the West.

“The collective West is continuing its policy of diplomatic confrontation with Russia,” said Slutsky.

Russia accuses NATO of provocatively expanding its military infrastructure closer to its borders. The alliance says it is determined to reinforce the security of member states close to Russia in the wake of Moscow’s 2014 annexation of Ukraine’s Crimea and backing for separatists in eastern Ukraine.