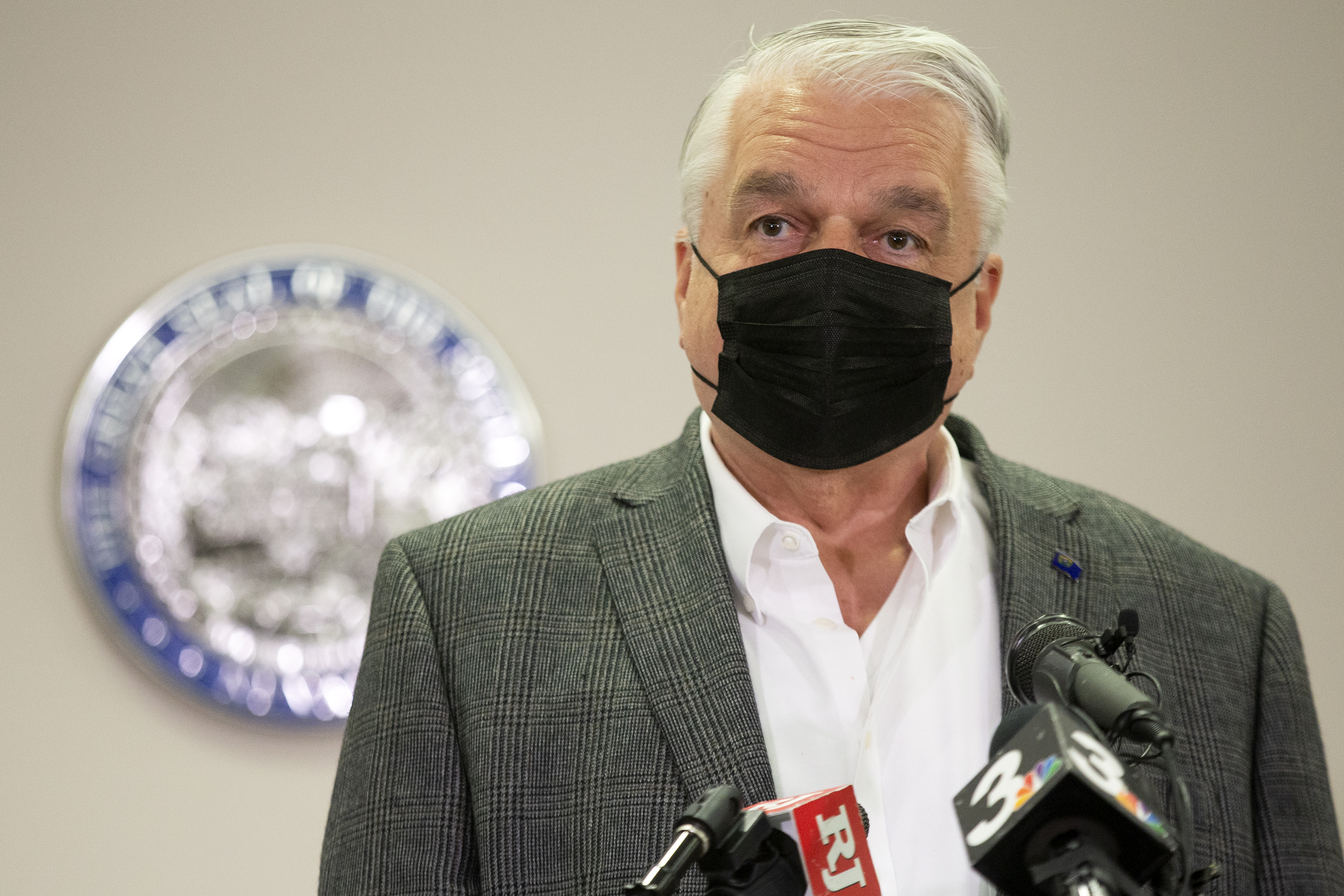 One day after Los Angeles approved a requirement for proof of full vaccination to enter restaurants and other indoor venues in that city, Gov. Steve Sisolak said he did not envision a similar requirement in Nevada.

“I am not anticipating any more mandates, as you’re talking about in L.A.,” Sisolak said on Thursday.

“I want to commend … those in the state who are helping us get the vaccination rates up and the positivity rates down. And encourage those who have not been vaccinated, if not for yourself, your family, for your colleagues — for your economy, please get the vaccine.”

His comments came during a news conference at the Sawyer Building in downtown Las Vegas to tout the results of a state vaccination campaign conducted with the Federal Emergency Management Agency that has come to a close.

“We are seeing more Nevadans vaccinated every single day,” Sisolak said. “The efforts of FEMA and the efforts across the state of Nevada are why we are seeing this happen statewide.”

In July, Sisolak asked the federal government for help from FEMA “surge teams” to improve COVID-19 vaccination rates in Clark County, making Nevada one of the first states to seek the assistance.

The effort, dubbed Get Out the Vax, targeted ZIP codes with low vaccination rates and high rates of infection for door-to-door outreach, including distributing flyers and providing information on the vaccine and the nearest clinics, officials said.

The ZIP code that experienced the greatest increase in vaccinations was 89030 in North Las Vegas, which saw first doses increase by more than a 21 percent.

“That means that 21 percent more of the Nevadans in that ZIP code chose to protect themselves from COVID,” said Sharon Luce, who served as incident commander to the Nevada Department of Emergency Management.

Vaccination rates increased 2 percent more on average in targeted areas than those that were not targeted, Luce said.

One bilingual volunteer told Pesapane that his first interaction was with a woman who reminded him of his abuela or grandmother, and that they had connected through Spanish and their shared culture.

“She was grateful for the visit, the encouragement and to be vaccinated, and the concern and intention to help her community, said Pesapane, who helped to coordinate the Nevada operations.

“I want to give a special thanks to volunteers who spent long hot days working to make this mission succeed,” Pesapane said, adding that faith-based and community-based organizations delivered critical helpers. Peace Corps and AmeriCorps volunteers provided additional support.

In contrast, only 21 percent of residents in rural Storey County have initiated vaccination.

Sisolak said, “While FEMA surge teams are ending their mission, we are still working to ensure Nevadans have access to the COVID-19 vaccine.”