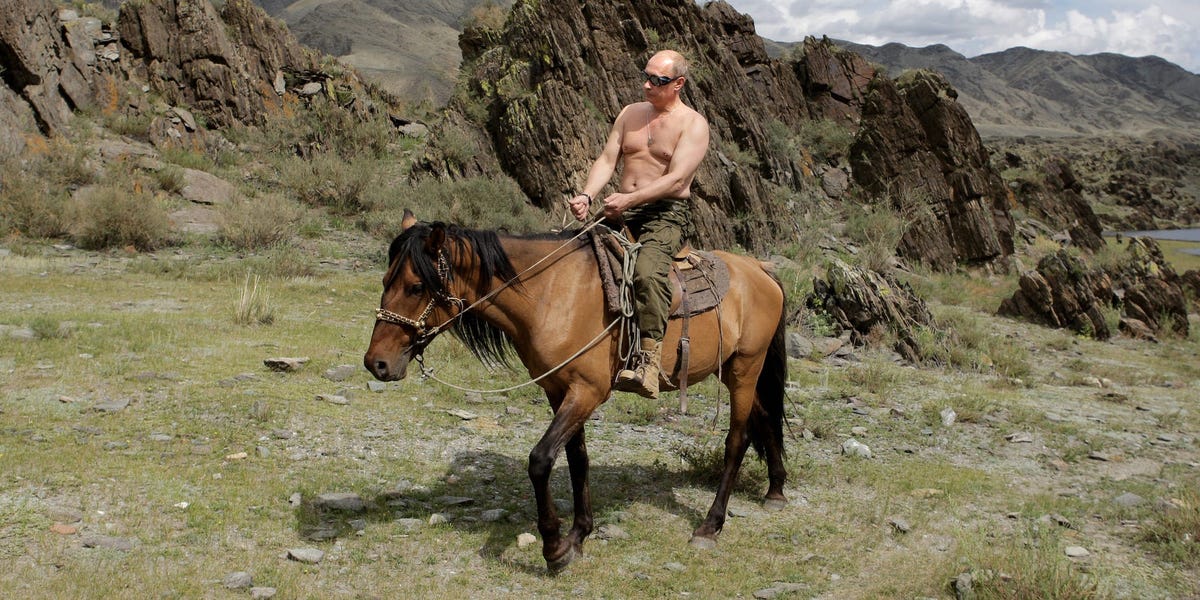 An official Twitter account for the Russian government celebrated Vladimir Putin’s birthday by tweeting an illustrated picture of the Russian president walking through a meadow with a bear.

“He inspires films, books, poems, news, even myths & legends! One of the most popular world leaders, President of Russia in 2000-2008 and since 2012 — Vladimir #Putin is celebrating his birthday today!#KeepCalm #Putin69,” the tweet said.

Putin, who has been Russia’s leader for two decades, turned 69 on Thursday.

As the Russian government continues to bolster Putin’s image, recent reporting has put what could be an uncomfortable spotlight on him and his finances. Only days before Putin’s birthday celebrations, a consortium of journalists revealed financial records suggesting a woman thought to be Putin’s mistress has amassed assets worth $100 million.

The Russian president, who is widely considered an authoritarian and an enemy to democracy, has worked hard to cultivate a macho image over the years.

The Kremlin, for example, once released pictures of a shirtless Putin fishing in a Siberian lake. There’s also an infamous image of Putin riding a horse while shirtless, which has inspired countless memes.

Indeed, much like other autocrats throughout history — including Soviet leader Joseph Stalin — Putin has developed a cult of personality around himself.

Armin Wolf, an Austrian reporter, in 2018 asked Putin to explain the “half-naked” photos, stating: “There are many photos of you half-naked, which is rather unusual for a head of state. These photos were not taken by paparazzi or tourists. They were published by the Kremlin. What is the story behind these photos?”

Putin responded, “You said ‘half-naked’ not ‘naked,’ thank God. When I am on vacation I see no need to hide behind the bushes, and there is nothing wrong with that.”

That same year, Megyn Kelly during an interview with Putin asked, “One of the images that we see of you in the United States is without the shirt on a horse. What is that about?”

The Russian leader replied,  “You know, I have seen ‘photos’ of me riding a bear. I have not ridden a bear yet, but there are such photos already.”