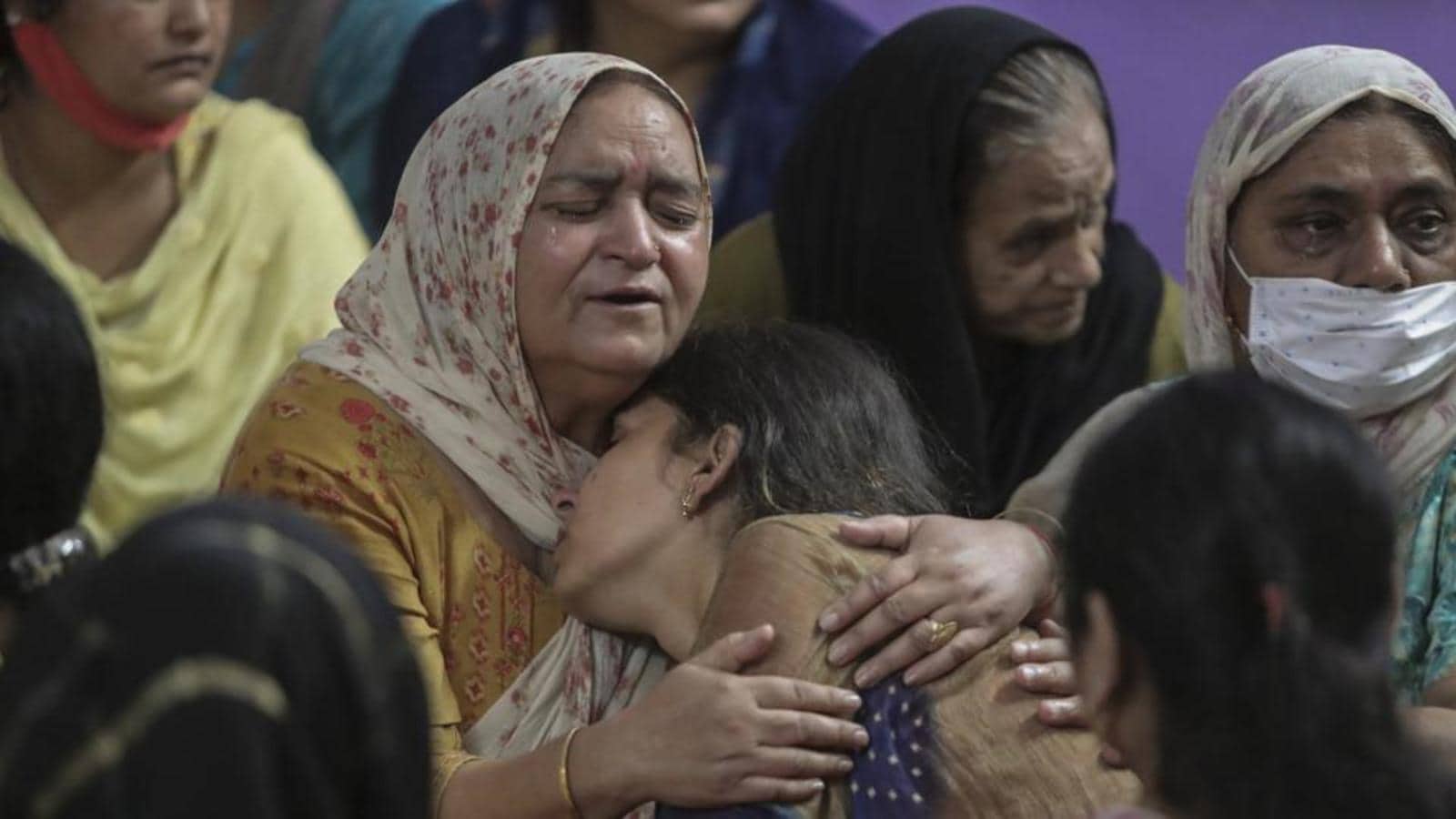 The killing of a government school teacher and its principal by terrorists in Eidgah area of Srinagar on Thursday left families and school staff in shock, as they raised security concerns for members of minority communities amid a spate of attacks in and around Jammu and Kashmir’s capital.

At 11.15 am, Satinder Kour (50), principal of Government Boys Higher Secondary school in Eidgah, and a teacher at the school, Deepak Chand, were shot dead inside the school premises by terrorists. The Resistance Front (TRF), which police say is the front for terror group Lashkar-e-Taiba, claimed responsibility for the attack and said the teachers were killed for their role in getting students to participate in a “function at school on August 15”, India’s independence day.

As news of the killings spread, several relatives and neighbours reached Kour’s residence in Tulsibagh, in uptown Srinagar, to console her family.

“She left for school feeling very happy this morning. Hours later, her lifeless body has reached home. Why didn’t the gunmen kill me? I am an old woman. Why did they cut her life short?” Kour’s 75-year-old mother said.

A 52-year-old teacher of a government high school in Chanpora said: “This lady would help several orphan Muslim students. She was very humble and ready to help everyone.”

Kour is survived by her husband and two children.

A pall of gloom also descended on Pandoka Colony in Paloura area where Deepak Chandlived with his parents, wife and a three-year-old daughter.

“What can I say… whatever has happened is due to system failure. The system is in deep slumber, they cannot do anything. Tomorrow again someone will be killed and there shall be mourning in that house. The entire family tends to die with that person,” Chand’s cousin Vicky Mehra said.

“See his (Chand’s) wife and mother. How will they live now? He had a three-year-old daughter. Can’t they (government) stop all this… We have been targeted for the last 30 years and are still receiving threat calls,” he added.

Another cousin of the deceased teacher, Ajay Kumar, said: “I spoke to him on Wednesday evening. The news of his killing this morning shook me from inside. I saw his photos on the internet and called his number but the line was busy.”

“When another family member called on his number, the receiver said we may meet the same fate if we dared to visit Kashmir,” he added.

Even the faculty and employees in school, which comprises around 120 students, expressed shock over the incident.

“I was having tea when the attack took place. I did not witness the attack. I am a heart patient and I found the incident to be very scary,” school employee Farooq Ahmad said.

A teacher claimed she heard sounds of gunshots and the attackers say “now raise flags”. “It was the most painful moment of our lives,”the teacher added.

Eyewitnesses claimed that at least two to three terrorists entered the school premises and fired at the principal and teacher from point blank range before fleeing from the spot.

The incident was also condemned by JK Employees joint Action Committee chairman Mohd Rafique Rather who himself is a lecturer.

“These innocent killings remind us of the tragic reality of the vicious cycle of violence which is pushing our society to darkness,” he said.

Chamber of Commerce and Industries Jammu president Arun Gupta said attempts are being made by terrorists to create a sense of fear among members of the minority community, including the Kashmiri Pandits and Sikhs.

Asserting that members of these communities are soft targets for the terrorists, he urged the Centre to take serious note of such unabated killings and called for stringent action against the culprits.