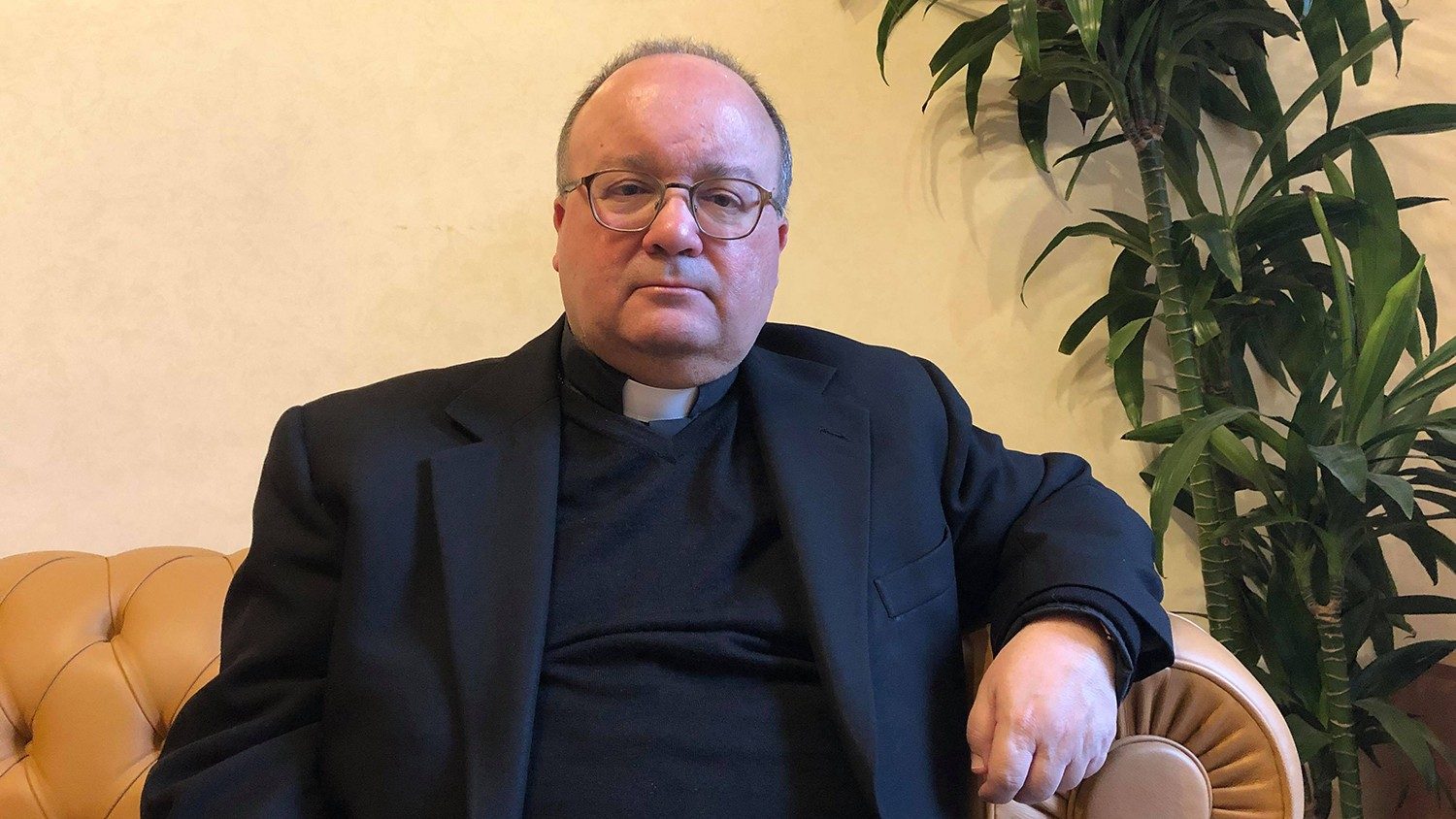 Following the publication of the report on clerical sexual abuse in France, Archbishop Charles Scicluna, who also serves as Adjunct Secretary of the Congregation for the Doctrine of the Faith speaks with Vatican News about the need to act in a more determined and positive way in responding to the abuse crisis.

(Translation of the full interview, originally in Italian – below, please find Archbishop Scicluna’s comment, in English, on the Report on Sexual Abuse in the Church in France)

Vatican News: Monsignor Scicluna, how do you comment on the Report of the Independent Commission on Sexual Abuse in the Church in France that has just been published?

Archbishop Charles Scicluna: I join the sentiments of Pope Francis who expressed sorrow and closeness to the victims, because the first thought must go to the countless victims of this great tragedy that marks a generation. But, as the Pope recalled, what happened must also be an occasion for us to stop and affirm with conviction that we must do more. We must acknowledge the fact that the Church has taken great steps in recent years. But as I had the opportunity to write in a book published in France on this very sad phenomenon of the sexual abuse of minors committed by clerics, we must carry out a sort of ‘elaboration of mourning.’ In fact, all mourning has its phases. In this case, the first phase is when we are paralyzed and we cannot even digest this sad, tragic reality. But then, we must move on from mourning to a renewed determination and conviction to act. This follows the line traced out by Pope Francis, who already in his Letter to the People of God in August 2018 reminded us that “when one of us suffers we all suffer.” In that quote from St. Paul, which the Pope addresses to all of us, is the theology of solidarity and of our response. We must understand that the victims — who have suffered abuse, humiliation, then even the trauma of institutional cover — are part of us. Therefore, we must act in a more determined and positive way.

VN: The French report speaks of at least 216,000 victims of abuse between 1950 and 2020, and of around 3,000 priests and religious involved in crimes of paedophilia. In your experience, are these figures surprising?

CS: Evidently we are the only ones — and in my opinion, we do well — who give this information and do these studies. I would like to see other studies, other reports, involving the reality of the educational environment, of the cultural environment. These are figures that certainly take us by surprise because, as the Pope says, even one case of abuse is one case too many for us. The expert who coordinated this laudable initiative of the French Church said that these figures make up 3% of all the cases of abuse in France over the past decades. This means that there are 97% of cases that are still not investigated, not brought to light. Let’s hope that this report, though undoubtedly sad, is the beginning of a greater process of awareness throughout society that this rampant phenomenon must be stopped.

VN: In your opinion, what more can be done in the ecclesial sphere?

CS: If you were to ask me if we need to make new laws, I would answer no. Enough with documents, enough with sermons, we have to move to action.

First of all, we need a new commitment to the formation of the community. So, the formation of families, of young people, but also of future priests and of priests themselves. We must be able to have all the information to be able to identify dangerous situations, to identify people who might abuse someone. I repeat, in this area training is essential.

Then we need the determination to react clearly when faced with a report of abuse. We must be convinced that we must never cover up a complaint made in good faith, but follow it up, because we now have the appropriate legislative tools. We also have a new law, willed by Pope Francis, on the responsibility of us pastors of the Church; and I refer to Come una madre amorevole, his Motu Proprio of 2016. Then there is also his Motu Proprio Vos estis lux mundi of 2019 which not only teaches us about the need to think of the victim, to offer them our support, but which stigmatizes any attempt to cover up abuse — that is, any attempt at omertà. It seems clear to me, therefore, that the laws are there and they are good, only that the reception of these norms is lacking. We need to assimilate these values and put them into practice.

VN: The president of the commission, Jean-Marc Sauvé, commenting on the report, expressed the hope that from now on, in cases of abuse, canonical practice will make possible fairer trials and that the victims will be informed about the progress of the trials themselves. How do you respond?

CS: This is a change that I myself suggested in an article published in the journal “Periodica de Re Canonica” published by the Pontifical Gregorian University. I also recently received an invitation to participate in a seminar organized by the Pontifical Commission for the Protection of Minors, dedicated precisely to the rights of victims in canonical processes, to a comparative study in order to understand exactly how they act in other civil jurisdictions and to be able to suggest useful practices in canon law. Already in the law Vos estis lux mundi of Pope Francis it is stated that, once an investigation against a member of the clergy accused of abuse has begun, those who conduct it must notify the victim’s representative of the end and also of the outcome of the investigation itself. So, already we have a small sign of an opening towards a more institutional, let’s say more structural, dialogue with victims.