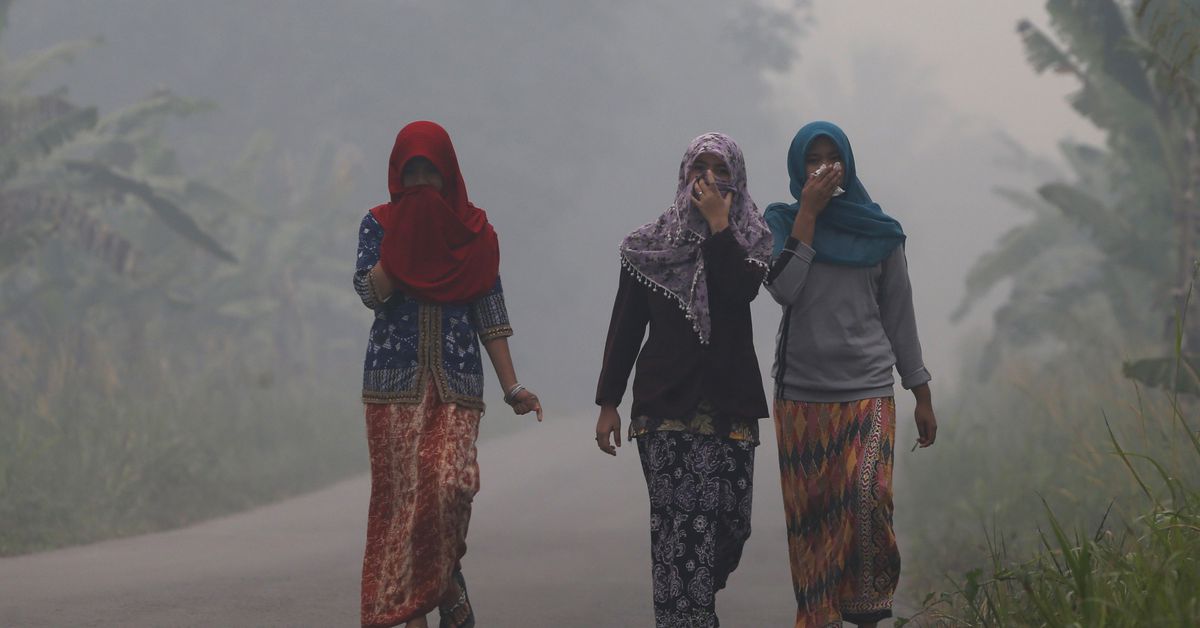 Villagers walk on a street as the haze shrouds Pulau Mentaro village in Muaro Jambi, on the Indonesian island of Sumatra, September 15, 2015..REUTERS/Beawiharta

GENEVA, Oct 8 (Reuters) – The U.N. Human Rights Council on Friday recognised access to a clean and healthy environment as a fundamental right, formally adding its weight to the global fight against climate change and its devastating consequences.

The vote passed with overwhelming support, despite criticism in the lead-up from some countries, notably the United States and Britain. read more

The resolution, first discussed in the 1990s, is not legally binding but has the potential to shape global standards. Lawyers involved in climate litigation say it could help them build arguments in cases involving the environment and human rights.

“This has life-changing potential in a world where the global environmental crisis causes more than nine million premature deaths every year,” said David Boyd, U.N. special rapporteur on human rights and the environment, who called the decision a “historic breakthrough”.

The text, proposed by Costa Rica, the Maldives, Morocco, Slovenia and Switzerland, was passed with 43 votes in favour and 4 abstentions from Russia, India, China and Japan, prompting a rare burst of applause in the Geneva forum.

Britain, which was among the critics of the proposal in recent intense negotiations, voted in favour in a surprise, last-minute move. Its ambassador to the UN in Geneva, Rita French, said the UK was voting ‘yes’ because it shared supporters’ ambition to tackle climate change but added that states would not be bound to the resolution’s terms.

The United States did not vote since it is not currently a member of the 47-member Council.

Costa Rica’s ambassador, Catalina Devandas Aguilar, said the decision will “send a powerful message to communities around the world struggling with climate hardship that they are not alone”.

Critics had raised various objections, saying the Council was not the appropriate forum and citing legal concerns.

Environmental defenders had said Britain’s earlier critical stance was undermining its pledges ahead of the global climate conference it is hosting in Glasgow next month. read more

John Knox, a former U.N. special rapporteur, said ahead of the vote that those who had criticised the resolution were “on the wrong side of history”.

The World Health Organization estimates that some 13.7 million deaths a year, or around 24.3% of the global total, are due to environmental risks such as air pollution and chemical exposure.

Another proposal led by the Marshall Islands to create a new special rapporteur on climate change was also approved by the Council on Friday.