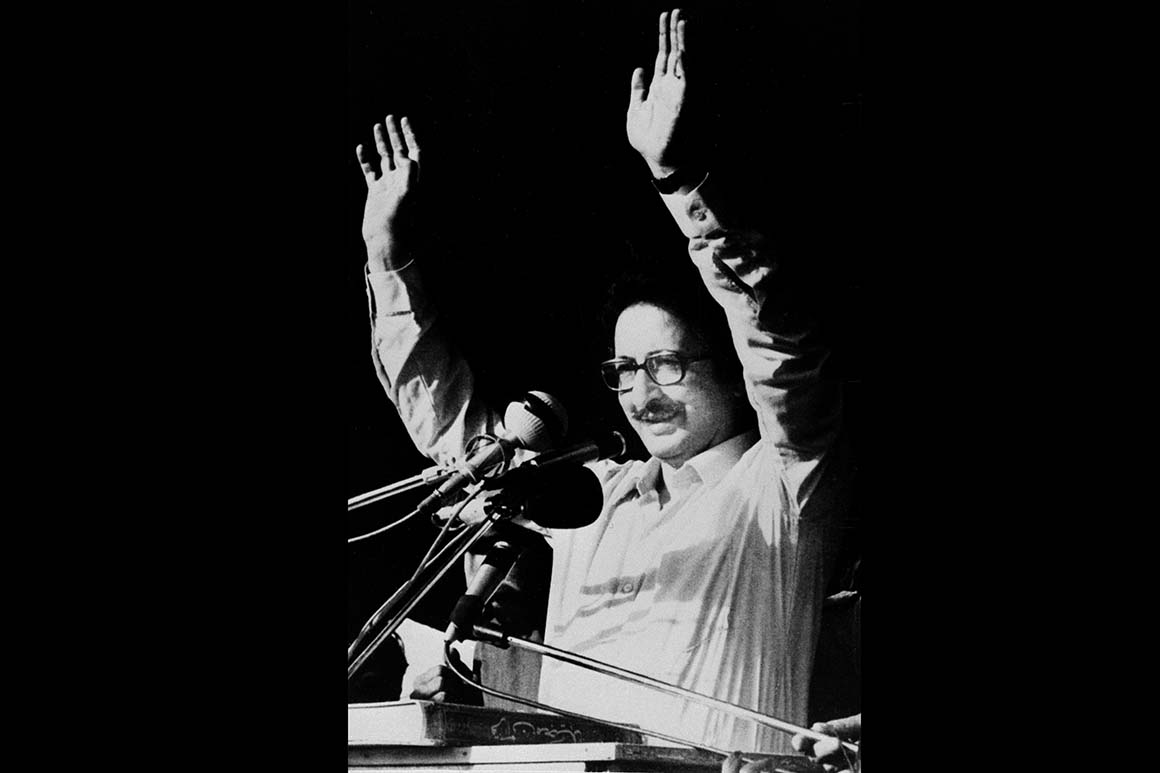 Banisadr would never consolidate his grip on the government he supposedly led as events far beyond his control — including the U.S. Embassy hostage crisis and the invasion of Iran by Iraq — only added to the tumult that followed the revolution.

True power remained firmly wielded by Supreme Leader Ayatollah Ruhollah Khomeini, whom Banisadr worked with in exile in France and followed back to Tehran amid the revolution. But Khomeini would cast Banisadr aside after only 16 months in office, sending him fleeing back to Paris, where he would remain for decades.

“I was like a child watching my father slowly turn into an alcoholic,” Banisadr later said of Khomeini. “The drug this time was power.”

Banisadr’s family said in a statement online Saturday that he died in a hospital in Paris after a long illness. Iranian state television followed with their own bulletin on his death. Neither elaborated on the illness Banisadr faced.

Earlier exiled to Iraq by Shah Mohammad Reza Pahlavi, Khomeini ended up having to leave for France in 1978 under renewed pressure from the Iranian monarch. Arriving in Paris and speaking no French, it was Banisadr who initially gave the cleric a place to live after moving his own family out of their apartment to accommodate him.

Khomeini would end up in Neauphle-Le-Chateau, a village outside the French capital. There, as Banisadr once told The Associated Press, he and a group of friends fashioned or vetted the messages Khomeini delivered — based on what they were told Iranians wanted to hear.

Tape recordings of Khomeini’s statements were sold in Europe and delivered to Iran. Other messages went out by telephone, read to supporters in various Iranian towns. Those messages laid the groundwork for Khomeini’s return after the shah, fatally ill, fled Iran in early 1979, though the cleric remained unsure he had the support, Banisadr once said.

“For me, it was absolutely sure, but not for Khomeini and not for lots of others inside Iran,” Banisadr told the AP in 2019.

That return saw Khomeini and his Islamic Revolution sweep the country. Banisadr became a member of the cleric’s Revolutionary Council and became the head of the country’s Foreign Ministry just days after the Nov. 4, 1979 seizure of the U.S. Embassy in Tehran by hard-line students.

In an echo of what was to come, Banisadr served only 18 days in that role after seeking a negotiated end to the hostage crisis, pushed aside by Khomeini for a hard-liner.

The hostage-takers were “dictators who have created a government within a government,” Banisadr would later complain.

But he remained in Khomeini’s council and would push through the nationalization of major industries and former private business holdings of the shah. And in early 1980, after Khomeini earlier decreed that a cleric should not hold Iran’s newly created presidency, it was Banisadr who won three quarters of the vote and took the office.

“Our revolutionary will not win unless it is exported,” he said in his inaugural address. “We are going to create a new order in which deprived people will not always be deprived.”

Amid purges of Iran’s armed forces, Iraq would invade the country, starting what would be a bloody eight-year conflict between the two nations. Banisadr served as the country’s commander-in-chief under a decree from Khomeini. But battlefield failures and complaints from Iran’s paramilitary Revolutionary Guard became a political liability for the president, who himself would survive two helicopter crashes near the front.

A parliament controlled by hard-line clerics under Khomeini’s sway impeached Banisadr in June 1981 for his opposition to having clerics in the country’s political system, part of a long-running feud between them. A month later, Banisadr boarded an Iranian Air Force Boeing 707 and escaped to France with Massoud Rajavi, the leader of the leftist militant group Mujahedeen-e-Khalq.

He emerged from the flight with his trademark mustache shaven off. Iranian media alleged he escaped dressed as a woman.

Khomeini “bears heavy responsibility for the appalling disaster that has befallen the country,” Banisadr said after his escape. “To a large extent, he has imposed this course upon our people.”

Born March 22, 1933 in Hamadan, Iran, Banisadr grew up in a religious family. His father Nasrollah Banisadr was an ayatollah, a high-ranking Shiite cleric, who opposed the policies of the shah’s father, Reza Shah.

“Even in the womb, I was a revolutionary,” Banisadr once boasted.

As a youth, he protested the shah and was imprisoned twice. He supported Iranian Prime Minister Mohammad Mosaddegh, who nationalized Iran’s oil industry and later was ousted during a 1953 CIA-backed coup. During unrest in 1963, Banisadr suffered a wound and fled to France.

Banisadr studied economics and finance at Sorbonne University in Paris and later taught there. He authored books and tracts on socialism and Islam, ideas that would guide him later after entering Khomeini’s inner circle.

After leaving Iran, Banisadr and Rajavi formed the National Council of Resistance of Iran. Banisadr would withdraw from the council in 1984 after the Mujahedeen-e-Khalq partnered with Iraqi dictator Saddam Hussein as his war against Iran continued.

He would remain outside of Paris for the rest of his life, under police guard after being targeted by suspected Iranian assassins.

Banisadr again gained notoriety after alleging without evidence in a book that Ronald Reagan’s campaign colluded with Iranian leaders to hold up the hostage release, thereby scuttling the re-election of then-President Jimmy Carter. That gave birth to the idea of the “October Surprise” in American politics — an event deliberately timed and so powerful as to affect an election.

U.S. Senate investigators later would say in 1992 that “the great weight of the evidence is that there was no such deal.” However, after Reagan’s 1981 inauguration, U.S. arms began flowing to Iran through Israel in what would become known as the Iran-Contra scandal.

“The clergy used you as a tool to get rid of democratic forces,” Banisadr told a former hostage in 1991 while on a U.S. tour. “On the night you were taken hostage, I went to Khomeini and told him he had acted against Islam, against democracy.”