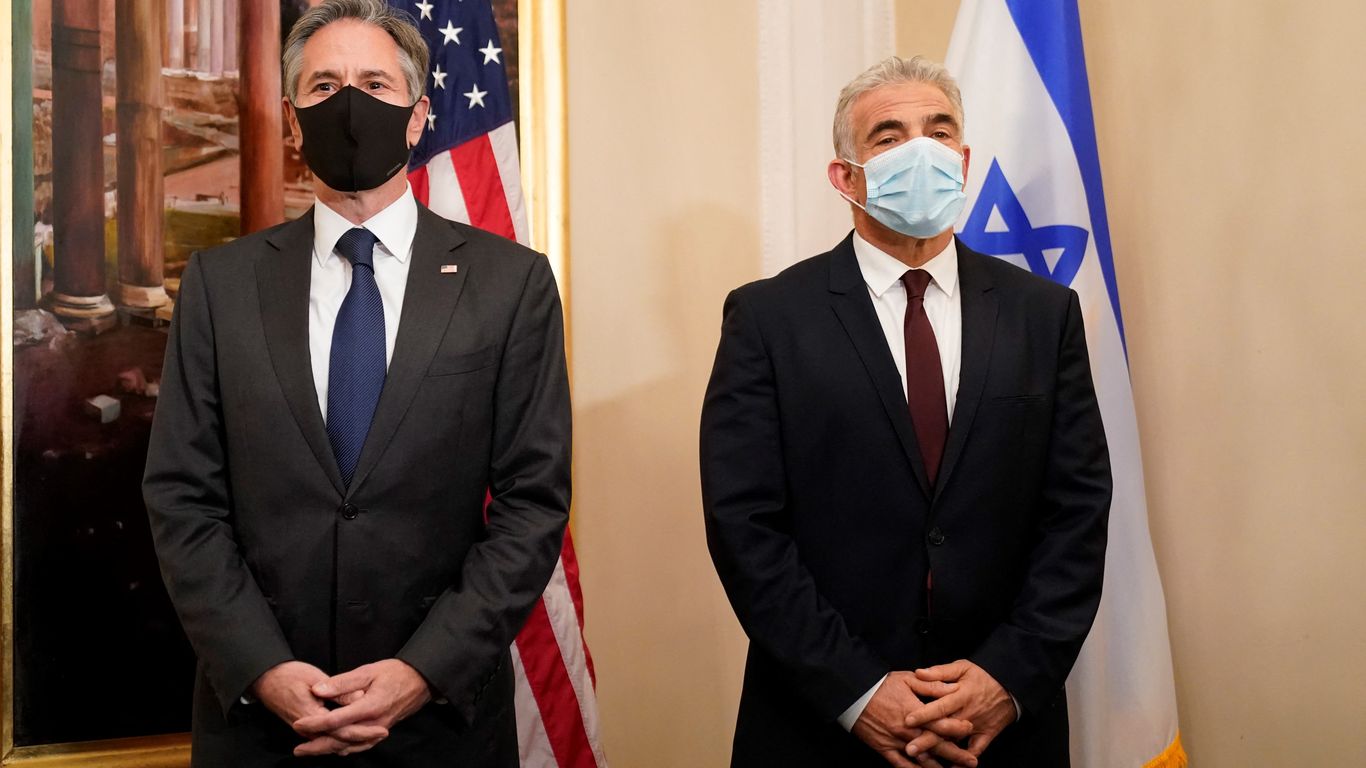 Secretary of State Antony Blinken will hold a trilateral meeting at the State Department on Wednesday with the foreign ministers of Israel and the United Arab Emirates.

Why it matters: This is the first such meeting since the signing in 2020 of the “Abraham Accords,” normalization agreements Israel struck with Bahrain and the UAE. It is a substantial step by the Biden administration to strengthen the treaty between the countries.

Behind the scenes: Israel’s Yair Lapid and the UAE’s Abdullah Bin Zayed initiated the gathering, telling Blinken they would be coming to Washington at the same time and proposing the meeting, Israeli officials told Axios.

Flashback: A similar meeting took place in secret in 2009 when the UAE’s ambassador to Washington, Yousef al-Otaiba, and his Israeli counterpart, Salay Meridor, reached out together to the Obama administration to raise their concerns about Iran.

Ross was surprised by the unprecedented proposal and agreed immediately. The meeting was held in secret in al-Otaiba’s suite at the Four Seasons in Georgetown. This week’s trilateral meeting will be held in public and on foreign minister level.

What they are saying: Israeli officials say the meeting will focus on boosting U.S.-Israeli-Emirati cooperation on a set of issues as part of the strengthening of the Abraham Accords.