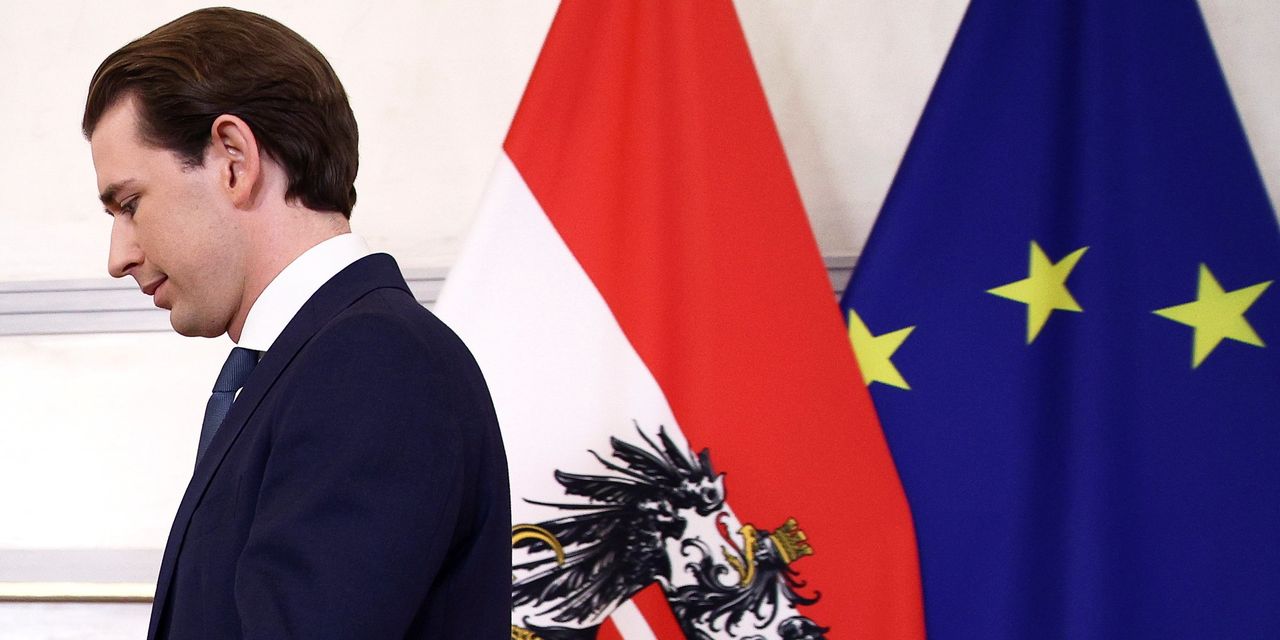 BERLIN—Austrian Chancellor Sebastian Kurz said he would step down following accusations of corruption less than two years after his re-election.

Mr. Kurz’s departure is the latest blow for conservatives in Western Europe, who have been struggling in recent years. Germany’s Christian Democratic Union lost a national election last month after leading the government for the past 16 years under Chancellor Angela Merkel. Conservatives are in the opposition from France to Spain and Portugal.

“In the past days, I was accused of criminal acts,” Mr. Kurz said at a news conference Saturday night at the seat of the Chancellery in Vienna. “These accusations go back to 2016. They are false, and I’m convinced I will be able to clarify the matter.”

Mr. Kurz said he had little choice but to step down because his coalition partner, the environmental Greens, had signaled they would no longer support a government with him as chancellor.

Mr. Kurz said he had proposed Foreign Minister Alexander Schallenberg, a fellow conservative, replace him as chancellor. Mr. Kurz said he would remain chairman of his Austrian People’s Party and keep his seat in parliament.

Austrian prosecutors specialized in corruption matters this week said they had searched the chancellery and the offices of Mr. Kurz’s party as well as other government offices Wednesday. They said they were investigating Mr. Kurz and nine others for possible breach of trust.

The investigation focuses on the suspicion that finance ministry funds were used between 2016 and 2018 to pay for the publication of manipulated opinion polls that favored an unnamed party in an Austrian newspaper, the prosecutors said after the raids Wednesday.

Mr. Kurz hasn’t been charged and has denied any wrongdoing.

On Saturday, Mr. Kurz said the accusations against him were based on misleading text messages he had written years ago, some of which were published in the Austrian media recently.

He said these had been written in the heat of the moment, adding, “I’m also just a human being with emotions and mistakes.”

For the past four years, Mr. Kurz has stood as a rare star of an otherwise ailing European conservative movement. He became chancellor in 2017 after winning his first election as leader of his party, but he disbanded his coalition with the far-right Freedom party in May 2019 after the latter was involved in a separate corruption scandal.

After winning a subsequent election in September 2019, Mr. Kurz formed a new coalition with the Greens.

Write to Bertrand Benoit at bertrand.benoit@wsj.com