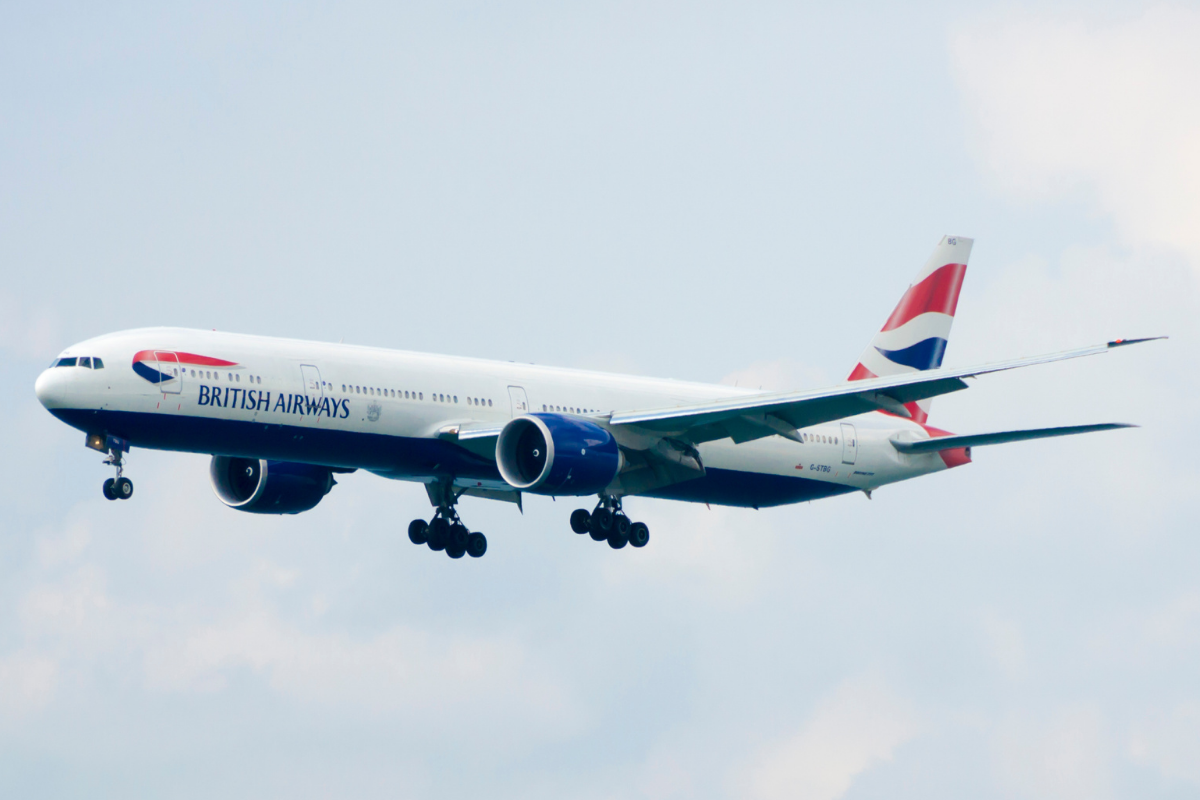 A British Airways operated Boeing 777-300 departed London Heathrow Airport on Friday evening and didn’t arrive at its destination until Sunday afternoon in an epic 36-hour journey that involved three aborted landings, a diversion and a night sleeping on the plane on the ground in Manila after pandemic rules prevented anyone getting off.

British Airways flight BA31 departed at 7:40 pm on 8th September for what should have been a routine 11-hour flight to Hong Kong. But a tropical storm that hit the Hong Kong region on Saturday had other ideas, lashing the city with rain and high winds and forcing several flights forced to divert.

The pilots of the 7-year-old Boeing 777 attempted to land but with around 1,500 feet until touchdown decided to abort the landing and went around for a second attempt which they again had to abort.

After two aborted landings, the pilots decided to divert to Manila Aquino International Airport in the Philipines where they successfully landed around an hour and a half later.

But due to local pandemic rules and strict quarantine restrictions in Hong Kong, none of the passengers or crew were allowed off the plane while they waited out the tropical storm. Instead, they were forced to spend the entire night sleeping on the plane before trying to Hong Kong on Sunday morning.

The flight didn’t depart Manila until 9:45 am on Sunday and after an uneventful flight, the drama wasn’t over just yet. With just feet to spare before touchdown, the pilots decided to abort the landing once again and completed another go-around before finally successfully touching down in Hong Kong on the fourth attempt.

To add insult to injury, passengers and crew were then forced to wait in Hong Kong airport for several hours while their COVID-19 test results were processed.

Passengers have also been ‘harassed’ by workers from Hong Kong’s department of health for failing to extend their hotel quarantine bookings while they were on the ground in Manila.

British Airways dismissed concerns that the pilots and cabin crew had exceeded maximum working limits set by aviation regulators, saying required rest was carried out onboard the aircraft.

One of the passengers onboard the flight said the crew had been “fantastic”. In a statement, a spokesperson for BA said:

“Like other airlines, our flight diverted to Manila due to tropical storm Lionrock preventing a safe landing in Hong Kong. Our customers were cared for on board the aircraft. We apologise for any inconvenience caused.”

Sorgente articolo:
British Airways Operates Epic 36 Hour Flight to Hong Kong Including Three Aborted Landings and a Night Sleeping On the Plane in Manila – Paddle Your Own Kanoo