Intelligence Minister Elazar Stern of Yesh Atid sparked a storm on Sunday for indicating he ignored anonymous complaints about sexual misconduct of soldiers and officers during his time as head of the IDF’s Manpower Directorate.

“People who have something to say about others should speak openly. We mustn’t be complicit in a culture of anonymous complaints,” Stern told 103FM Radio, responding to a question about an anonymous complaint lodged recently against the incoming head of the Shin Bet.

“During my time as head of the Manpower Directorate, I shredded many  anonymous complaints,” he added.

Stern was the commander of the IDF officers school, the military’s most significant educational institution, and later served as the head of the Education and Youth Corps and of the Manpower Directorate, before entering the Knesset in 2013. He has served as intelligence minister since June.

His comments were slammed by women’s groups on Sunday, with some calling for an investigation to determine if Stern had broken the law.

“It’s a disgrace that this is the message that a government minister chooses to convey to the Israeli public,” Hagit Pe’er, chair of Na’amat, said in a statement.

“The law in the State of Israel requires that complaints regarding sexual harassment be investigated — including anonymous complaints,” Pe’er asserted. “It is worth carefully investigating what exactly Minister Stern did in his position as head of the Manpower Directorate.” 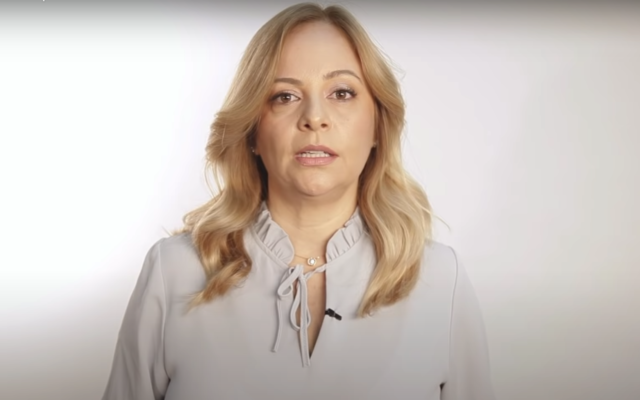 The Kulan organization described Stern’s comments as “shocking,” saying that such “backward opinions have no place in the Israeli government.”

Liora Minka, head of Emuna, said the comments “undermine the great effort of the IDF and Israeli society to prevent harassment and harm to women.”

Likud MK Miri Regev said they proved Stern was “a shallow, chauvinistic, worthless man who shames the yarmulke on his head.” In 2018, Stern suggested Regev, who was culture minister at the time, had exchanged sexual favors for promotions during her military service.

The military also responded to the incident in a brief comment cited by the Walla news site.

“Every complaint in the IDF, even an anonymous one, is carefully examined,” a spokesperson told the site, without mentioning Stern.

Following the condemnations, Stern issued a clarification on Sunday afternoon, asserting that as an officer in the IDF, he had “encouraged every soldier, male or female, who was harassed, sexually or otherwise, to complain, and at the same time took unequivocal action against anyone found guilty. All complaints… were investigated in depth.”

The next designated head of the Shin Bet security service was approved by a key panel on Friday, despite an anonymous letter claiming unspecified misconduct by the candidate, who is the current deputy Shin Bet chief and can only be identified by the first Hebrew letter of his name, “Resh,” until he enters office.

The Goldberg Committee said in a statement on Friday that it did not find any “defect in the purity of the qualities of the candidate,” nor did it find any issue with the process that resulted in him being appointed. 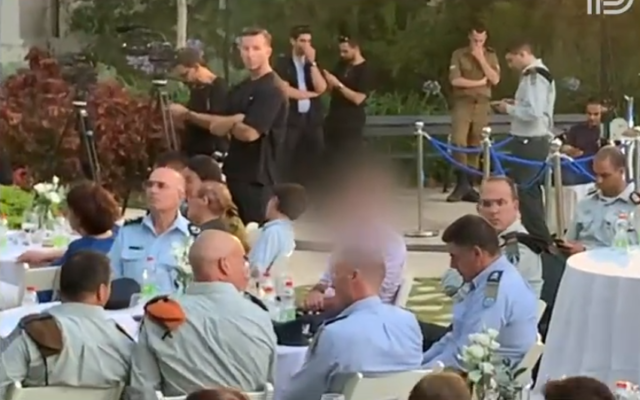 Two separate claims were made in an anonymous letter presented to the panel, the specifics of which could not be detailed publicly due to security constraints.

After being appointed intelligence minister upon the formation of the new government earlier this year, Stern was agreed upon as the prime minister’s candidate to head the Jewish Agency, with the nomination process set to begin in just days.

Helena Glazer, a representative on the Jewish Agency’s nominating committee and a former president of WIZO, told Walla news that she would confront Stern about the comments in his interview scheduled for later this week.

“When he comes to the interview, I promise I will ask him about that statement,” Glazer was quoted as saying.

Asked if the comments could damage his chances of being nominated to lead the Jewish Agency, she replied: “I don’t know. It depends on what he says.” 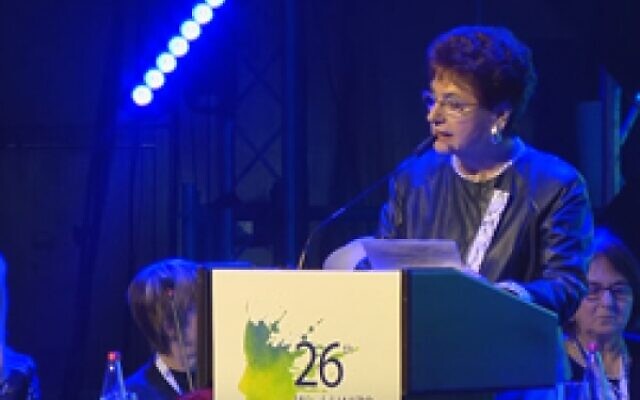 By tradition, the prime minister suggests a candidate to head the quasi-governmental organization — the world’s largest Jewish nonprofit organization — and the candidate is generally rubberstamped by the agency’s nominating committee and then by its board of governors.

But to win the nomination to head the Jewish Agency, a candidate must receive the support of nine out of 10 members of the committee, led by World Zionist Organization chairman Yaakov Hagoel and made up of four other members of the WZO, three representatives from the Jewish Federations of North America, and two representatives from Keren Hayesod – United Israel Appeal.

A handful of other prominent names — including former Likud MK and ambassador to the UN Danny Danon — have been mentioned for the job, and sources involved in the selection process have told The Times of Israel that Jewish Agency leaders may be open to other options.