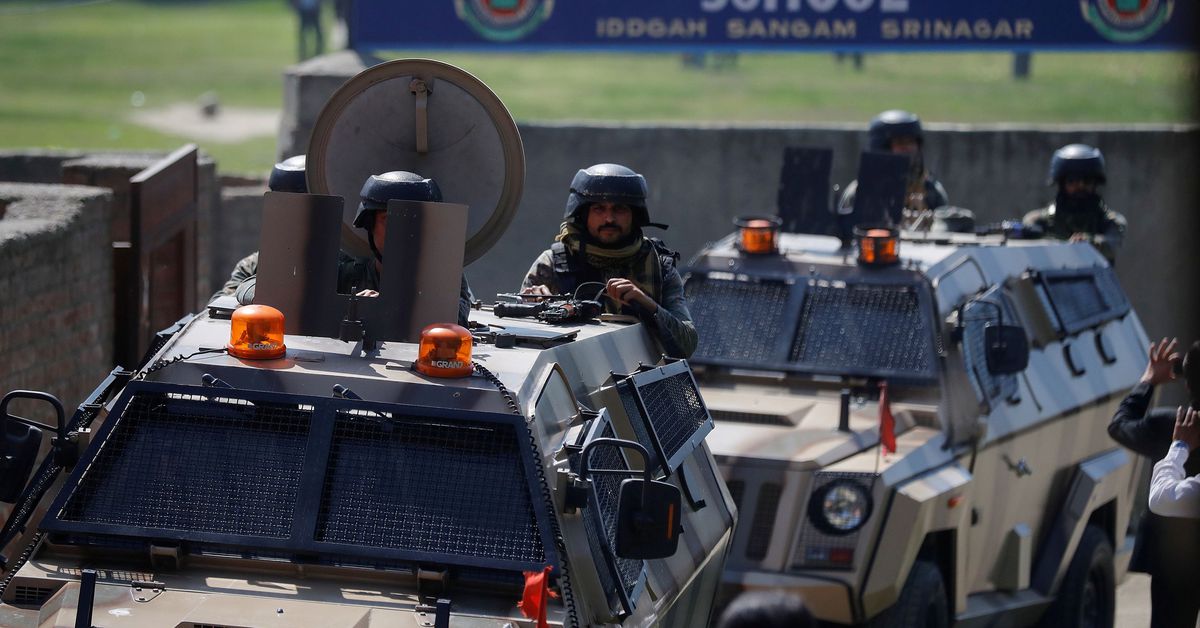 SRINAGAR, Oct 9 (Reuters) – Security forces in Indian Kashmir have detained more than 300 people for questioning in recent days as they try to stem a wave of targeted killings that has spread panic among minority groups, two police officials said on Saturday.

Three Hindus and a Sikh were killed in the Muslim-majority region this week, leading police to say that religious minorities are being targeted.

Small groups of militants armed with pistols have carried out a spate of killings in recent weeks, taking the number of civilians murdered in Indian Kashmir this year to at least 28, according to police records. read more

Kashmir has been wracked by an insurgency for decades. It is claimed in full by both India and Pakistan but ruled in parts by the neighbours.

“Over 300 people were detained for questioning across Kashmir during the last two days,” said one of the two police officials, who declined to be identified because they are not authorised to speak to media.

Those detained included members of the banned religious organisation Jamaat-e-Islami, an umbrella alliance of secessionists known as the Hurriyat Conference, and others with previous links to militant groups, added the official.

Investigators have also summoned 40 schoolteachers as part of their probe into the killing this week of one Hindu and one Sikh teacher in a government school in Kashmir’s main city of Srinagar, according to the first official and a police document seen by Reuters. read more

Police officials say small bands of militants from The Resistance Front, which they describe as a new formation of Pakistan-backed insurgent groups, are targeting civilians and political workers in Kashmir.

Pakistan denies helping any militant groups in Kashmir, saying it provides only moral and diplomatic support to the Kashmiri people.

In a statement on social media, The Resistance Front said it was not targeting people on the basis of their religion but only those working for Indian authorities. Reuters could not immediately verify the authenticity of the statement.