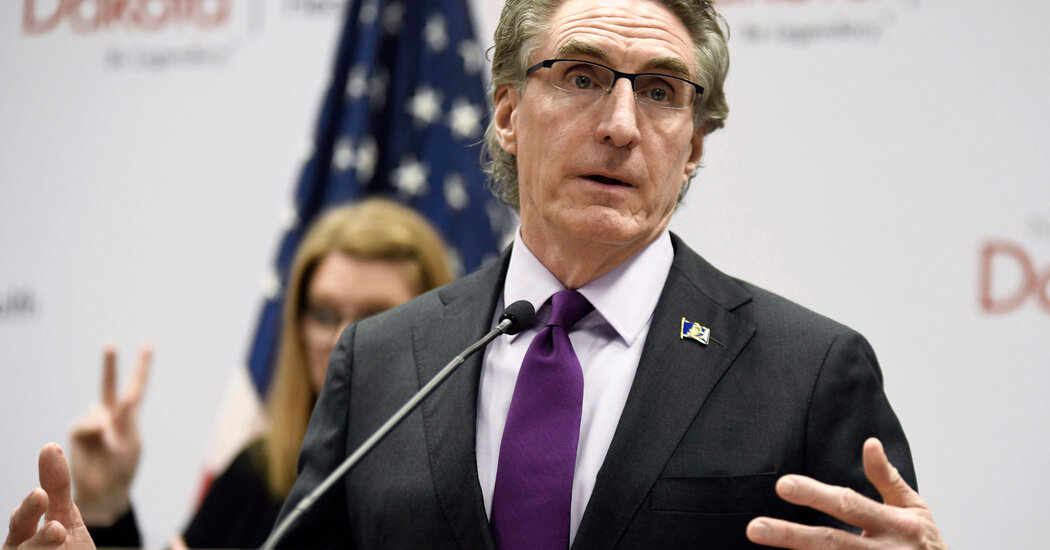 While the Delta variant-driven surge is receding in much of the United States, it rages on in less-vaccinated states like North Dakota, to the point where the state’s governor and health professionals have asked people to avoid risky activities that could add to the burden on hospitals.

The plea to maximize capacity for the crush of Covid patient came last week from Gov. Doug Burgum and doctors and administrators from some of North Dakota’s largest hospitals. They asked the public to drive defensively, skip dangerous activities that could lead to injuries, regularly visit primary care physicians and make sure all their vaccinations were up to date.

“The pressure on hospitals and clinics in both our urban and rural areas is reaching critical levels, and we all need to do our part to avoid hospitalization and prevent further strain on these facilities and their staff as we work through this incredibly challenging time,” said Mr. Burgum, a Republican.

The problem has been compounded by health care worker shortages and a wave of patients who can no longer delay care for other conditions, said Dr. Joshua C. Ranum, the vice president of the North Dakota Medical Association.

North Dakota’s caseload — 81 cases per 100,000 residents — trails only those of Alaska and Montana, according to a New York Times database, a 25 percent increase over the past two weeks. And Covid-related hospitalizations are up more than a fifth in the past two weeks.

Covid caseloads remain high in North Dakota and Western states like Wyoming, Montana and Idaho, where vaccination rates are relatively low. Some areas have had to ration care and send patients to distant hospitals for treatment.

In North Dakota, Dr. Ranum said most hospitals were being forced to get by with the staff members they had, sometimes training them to work in different parts of the hospital to fill gaps. Reinforcements from elsewhere are rare because demand for traveling nurses and other health workers is so high, he said.

Dr. Michael LeBeau, president of Sanford Health Bismarck, North Dakota’s second-largest hospital, said the facility’s staff was depleted and exhausted as it reckoned with overdue care amid the surge.

“We spent the better part of a year where we had a hard time keeping up with standard health maintenance, yearly physicals, the stuff that prevents hospitalization,” Dr. LeBeau said.