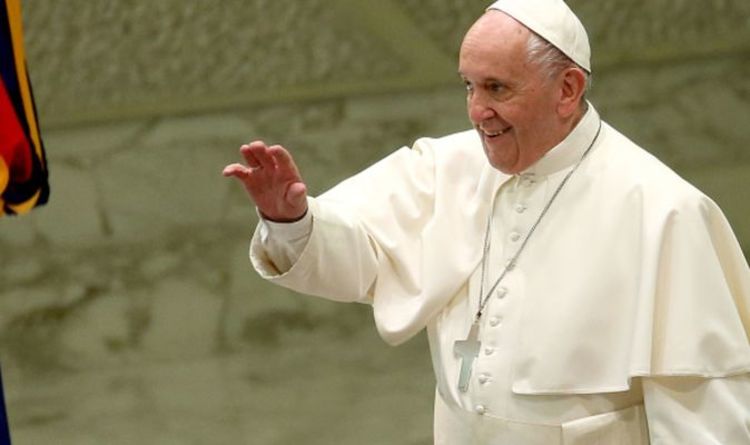 Director Tony Kearney created the one-hour documentary named Priest School for the BBC with Solus Productions for seminarians – students who are training to become priests in the Roman Catholic Church.

He said the Pope was “really down to Earth with them all” and did not go for the usual procedure when he was given whisky as a gift.

He said: “When they handed him the bottle, instead of just handing it to his assistant as he normally would with a gift, he held it up and said ‘questa e la vera acqua santa’ – which means this is the real holy water.

“He guffawed with laughter and it was a real ice-breaker with the students and put everyone at ease.

He added: “But we’d agreed that the Vatican’s media office would be allowed to approve all of our footage before we broadcast it.

“So we sent them the files and when they sent it back that bit of him saying that was cut out.

“We were really annoyed at first, but they insisted they didn’t want the Pope to be seen to be endorsing whisky.”

The Pope was expected to visit Scotland later this year for the upcoming COP26 climate summit in Glasgow but Vatican officials have recently confirmed the pontiff will not be attending.

On Friday the Vatican said its delegation would instead be led by its secretary of state, Cardinal Parolin.

On Monday, the pontiff met a number of scientists and religious leaders at the ‘Faith and Science: Towards COP26’ meeting.

During the conference, the 84-year-old said COP26 “represents an urgent summons to provide effective responses to the unprecedented ecological crisis and the crisis of values that we are presently experiencing, and in this way to offer concrete hope to future generations.”